Pavers, in one form another, figure prominently in most hardscape jobs. Yet, for so common an element, the paver has come to represent a remarkable variety of designs.

Material has something to do with that of course. Pavers made of clay, concrete and natural stone are quite different in both their physical and aesthetic qualities. Technology, meanwhile, makes its own contribution to the growing variety, particularly with respect to the integration of colors into concrete pavers.

Based in Des Plaines, Illinois, Lurvey Landscape Supply & Garden Center has several large operations in the state as well as a turf farm in Wisconsin. In addition to its plant business, it has been a supplier of hardscape material, including a wide variety of natural stone from around the world, for more than a decade.

As the outdoor living trend has gained momentum in recent years, Wood says, “We’ve seen distributors who have long been only plant guys trying to get into hardscape.”

The same is true among landscape professionals in the Midwest, he says, noting that he participated in an Illinois Landscape Contractors Association program on hardscapes two years ago “that was hugely successful.”

“We talked about materials, how you install, the kinds of problems you can run into and how to avoid them. Then, last year, we did the program again and had more participation from landscape architects” as well as landscape contractors, Wood said.

Designers and builders alike are responding to demand.

“We’re not in the tropical highlands …,” Wood says, but people want to enjoy the outdoors “even if it’s only a three-month season – maybe an extra month with (outdoor) heaters and the like.

“Some people are investing huge amounts of money …, putting that back into their homes. Maybe they didn’t want to invest elsewhere for a while” after the Great Recession.

Outdoor living areas are “just unbelievable,” Wood says of some of the high-end projects, with highly effective use of outdoor lighting, fire and water features, not to mention comprehensive cooking and entertainment areas.

For Wood, neither clay (brick) nor concrete will ever be able to match natural stone in hardscape design, whether it’s those applications normally reserved for pavers or some other element of the design.

“Formerly, it was just concrete that was used,” Wood said of walkways and patios, “and yes, the technology has advanced so there’s now better mixing and colors and sealants.

“But, what they’re doing is trying to copy natural stone. It’s the most attractive and the most durable.”

True, it’s almost always the most expensive as well, but Wood says prices for even the most valuable stone such as granite are far more reasonable – at least in today’s market – than many people realize.

“The amount of fabrication required will have a major influence on costs, too,” Wood said, “and there are regional differences.”

Sometimes, the project itself dictates the material to be used. That was the case in Cleveland, Ohio, where the city’s historic Flats District was the site of a major restoration effort.

Called the Flats East Bank project, the 20-acre, mixed-use development has come a long way since 2008, and it’s still under way. One of the principal features of the site is the 1,200-foot Riverwalk along the Cuyahoga River.

An important requirement of the plan was the use of permeable clay pavers to echo the historic site’s decades-old brick roadways.

Behnke Landscape Architecture has overseen the site plan and numerous other elements of the project. Jeremy Hinte, principal landscape architect with the firm, says the use of permeable clay pavers is fitting at the historic site, but he notes that concrete porous pavers “have been around a lot longer than clay permeable pavers,” adding that he prefers traditional concrete in certain applications.

“In this re-development, where it used to be brick roads, we wanted the pavers to look tumbled and authentic – to look the way it did in the past,” Hinte said. “You just can’t get that across with concrete.”

Pine Hall’s paver business manager, Walt Steele, says the use of permeable clay pavers has picked up in the past couple of years, with growth of about 8-10 percent a year. “People want that old, authentic look,” Steele says. “That’s why you see them chosen for historic projects such as in Cleveland but also at universities and some other institutional settings where history is important.” 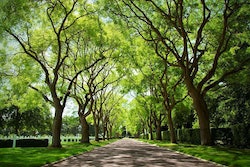 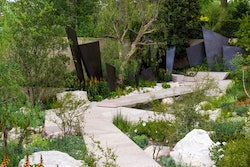 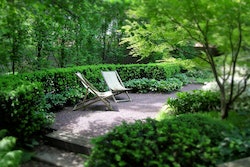 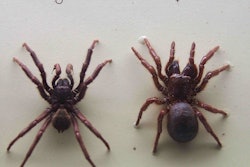