If your clients hate bugs, consider bats among your new best friends

When it comes to pollinators, everyone is all for saving bees, butterflies and birds. Bats, however, are one pollinator that seems to get left behind due to some bad PR. Ugly they may be; useless they most certainly are not.

October is Bat Appreciation Month and it is time to shine some light on these nocturnal creatures and let you know what they can do.

There are more than 1,000 different species of bats in the world and over 40 of those species can be found in the United States. While most people paint these flying mammals as rats with wings, bats are responsible for eating actual pests, including mosquitoes.

A single bat can eat anywhere between 600 and 1,000 bugs in one hour. Studies show that by allowing bats to control problem insect populations, the need for certain insecticide applications have been eliminated. Fruit-eating bats are crucial pollinators and are responsible for reseeding deforested land.

As Carmine Falcone says in Batman Begins, “You always fear what you don’t understand.” Bats are misunderstood and have plenty of myths circulating around them. One of the greatest fears is that bats carry rabies. While it is true that these animals can carry the virus, less than 1 percent are actual carriers.

Bats are timid creatures that avoid humans if at all possible. Although Dracula has most people thinking they are all bloodsuckers, the majority of bats are insectivores. There is only one species that does drink blood, the aptly named vampire bat, which resides in Mexico, Central America and South America.

A bad reputation isn’t the only thing bats have to deal with either. Since the winter of 2007-2008, nearly 6 million bats in North America have died as a result of white-nose syndrome, a fungal disease that infects the muzzle, ears and wings of hibernating bats and causes them to use up their fat reserves and starve to death.

According to the National Wildlife Health Center, the bat population in the Northeast has declined by 80 percent since the appearance of white-nose syndrome.

“There is no question that the fungus has had terrible consequences, particularly in the Northeast,” Merlin Tuttle, an ecologist and bat expert, told Mother Jones. “We definitely need to help them rebuild. We probably never needed conservation action more than we do right now for bats.”

Like any other living thing, bats need food, water and shelter. The Organization for Bat Conservation offers an in-depth guide on how to meet all three of these needs with a bat garden. 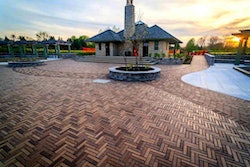 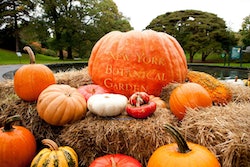 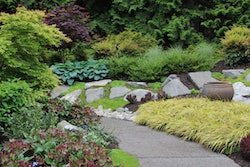 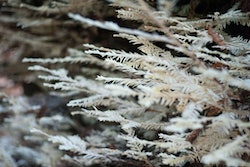