A recent delivery mishap in Dodge County, Wisconsin, left red Skittles all over the highway and had reporters and readers alike eating up the news.

It was bizarre from the start. The candies were not stamped with that familiar ‘S,’ yet investigating officers on scene said there was no mistaking that familiar Skittles scent.

Also, there was no offending vehicle in sight when officers arrived and no explanation as to why someone would be transporting so many red Skittles through the area, until later.

The Dodge County Sheriff’s Office reported on its Facebook page that the candies were rejects that had been bought by a local rancher to feed his cows.

“The Skittles were confirmed to have fallen off the back of a truck. The truck was a flatbed pickup and the Skittles were in a large box,” reads the post from the sheriff’s office. “Due to it raining at the time, the box got wet and gave way allowing the Skittles to spill out on the roadway. It is reported that the Skittles were intended to be feed for cattle as they did not make the cut for packaging at the company. In the end these Skittles are actually for the Birds!”

Yes … you read that right. Skittles for cattle. To help cope with the high price of corn, some ranchers have turned to feeding factory rejected candy to their cattle. The headlines have captured plenty of attention, concern and even outrage.

But it’s nothing new. Cattle have been getting candy and bakery rejects for a long, long time.  I remember Mr. Woodrow in my ag class in high school telling us that cattle are actually fed a lot worse things than that. I don’t want to spoil your next burger, so I won’t repeat what he said.

But don’t worry, a cow’s stomach is designed to handle some pretty nasty stuff and convert it to some of the best ribeyes you’ve ever tasted. It’s pretty amazing when you think about it. Also, take solace in what the experts have to say, including Professor John Waller, an animal expert at the University of Tennessee, who said the cattle’s unusual Skittle diet poses no danger.

And it turns out that Skittles have another unusual use besides feeding bovines. Folks traveling over the colorful candy mess on Wisconsin’s Highway S last week said the candies helped improve traction on the icy road.

Though Mars, the maker of Skittles, acknowledges that its rejected candy has been used as cattle feed, the company has launched an investigation to determine just how all those Skittles ended up in Wisconsin. Could this mean that there’s a black market for Skittles? I’m betting that someone just forgot to note the order.

So, while news groups have covered some interesting angles on Skittlegate, the bigger issue here, which has gone largely unreported, is the price of corn. It’s no secret that ethanol has driven up the cost. In November, as part of its commitment to the Renewable Fuel Standard (RFS), the EPA recommended that the nation’s ethanol supply be increased by 35 percent this year, which, if put into action, would almost certainly raise the price of corn even higher and leave ranchers ordering more candy for cattle and parents buying fewer bags of the candy at checkout.

However, President Trump’s administration may not share the same view as the prior administration on ethanol. In fact, Forbes reports, “Trump’s pick to head the EPA – Scott Pruitt – has repeatedly fought against the RFS. As EPA Administrator, Pruitt would have the authority to invoke a waiver to lower the volume of ethanol that must be blended into the fuel supply – a move he has advocated in the past.”

Forbes notes that if Pruitt is confirmed, an oversupply of ethanol will more than likely occur. The interesting part here is that Trump himself has advocated support for the RFS. (Ethanol stocks shot up following the election, but have since cooled off.) Trump also has plenty of supporters in the petroleum business who’ve got his ear and may persuade him to turn his back on ethanol, a competing product that the RFS forces them to sell.

Whatever comes of the EPA’s ethanol recommendation, one can only hope next time that the cattle-bound Skittles are better contained. And who knows? Cows have certainly been a great marketing ploy for Chick-fil-A. Maybe Skittles will now put a few cows to work uttering their catchy phrase, “Taste the Rainbow.” 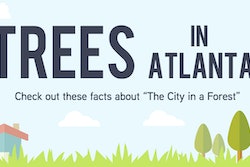 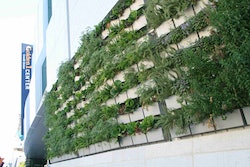 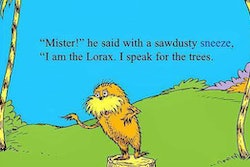 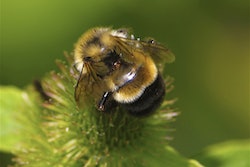