Felix Finkbeiner was 13 years old when he spoke before the United Nations General Assembly, urging them to take action and plant more trees.

“We children know adults know the challenges and they know the solution,” he said. “We don’t know why there is so little action.”

Finkbeiner started Plant-for-the-Planet when he was nine in 2007. A school assignment about climate change opened his eyes to how his favorite animal, the polar bear, was endangered by this. Further research caused him to discover the vast effects of climate change.

“I realized it’s not really about the polar bear, it’s about saving humans,” he told National Geographic.

He declared his plan to plant one million trees in Germany and at first no one paid much attention but two months later when he planted his first tree outside his school the media soon got a hold of his story and Finkbeiner was invited to speak before the European Parliament and at UN conferences in Norway and South Korea.

The German sensation is now 19 years old and Plant-for-the-Planet has planted more than 14 billion trees in more than 130 nations by partnering with the UN’s Billion Tree campaign.

The group has now upped its goal to one trillion trees, which would be 150 trees for every person on the planet. Plant-for-the-Planet helped prompt the first scientific global tree count and now has 55,000 climate justice ambassadors who are climate activists in their local communities.

“Felix is a combination of inspirational and articulate,” said Thomas Crowther, an ecologist who conducted the tree count while working at Yale University in Connecticut. “A lot of people are good at one of those things. Felix is really good at both.”

The tree census study found that the Earth currently has three trillion trees, which is seven times the previous estimates, yet since agriculture began 12,000 years ago the number of trees on the planet has fallen by almost half. It was estimated that about 10 billion trees are lost every year, making a billion trees planted seem somewhat smaller.

“I thought they might be disheartened,” Crowther said. “They said, ‘Okay, now we have to scale up.’ They didn’t hesitate. They’re contacting billionaires all over the world. It is amazing.”

The reason why Finkbeiner believes children are so passionate about climate change is because it is a question of survival. The year 2100 will still be in some of their lifetimes. He also counters climate deniers with this logic.

One trillion trees can absorb 10 billion additional tons of carbon dioxide each year, not to mention all their other benefits. 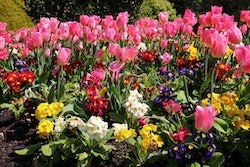 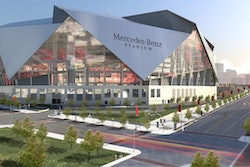