It was just another day on the job for Jose Arias, but when he heard meowing coming from his Cat 246D skid steer loader he knew things weren’t right.

Arias, owner of Green Forest Landscaping, had been working on jobsite in Draper, Utah, on Aug. 9 when in the afternoon he thought he heard mewling coming from the machine.

After calling over his five other crew members, they worked to lift the cab of the skid steer. Twenty minutes later, the landscaping crew was surprised to find six three-week-old kittens curled up in the middle of the Cat machine.

“It’s not something you see every day – cats inside a Cat,” Arias told PEOPLE. “We don’t know how long they were in there, but it must have been awfully noisy and bumpy. My first thought was, ‘OK, now what? I don’t even have one cat. What am I going to do with six?”

Arias took the kittens home with him and contacted an animal rescue group, but the next day on the jobsite he heard his Cat meowing again.

“We took apart the Cat loader again and there it was: one more kitten,” he told PEOPLE. “We’re not sure how we missed it the first time. We’re thinking that maybe the mother cat put the seventh kitten in the loader that night after we’d take out the other cats.”

Despite his children wanting to keep all the kittens, Arias has left them in the care of Ashely Valley Community Cats, a non-profit no-kill cat rescue based in Vernal, Utah.

Volunteers with Ashley Valley Community Cats set traps in the neighborhood where Green Forest Landscaping was working and caught the mother cat on the following day. According to Audrey Moulton, Utah County coordinator for the rescue group, once the kittens are weaned all of the cats will be fixed, vaccinated and microchipped before adoption.

“We like to think we’ve seen it all,” Mouton told PEOPLE. “But we were shocked to receive a call about a litter of kittens found inside a Cat machine that had been in use for most of the day.”

Moulton says Arias saved the kittens, not once, but twice by deciding to take them to a no-kill shelter, as young neonatal kittens are often euthanized by understaffed shelters that cannot meet their constant care needs.

The kittens have been named after “Lord of the Rings” characters. The volunteers have dubbed members of the litter Sauron, Smaug, Gollum, Legolas, Arwen, Galadriel, and Gandalf.

Arias says that if his kids do convince him to adopt one of the kittens, they will rename it Stacy. According to KSL.com, two of the kittens have already been reserved for adoption. 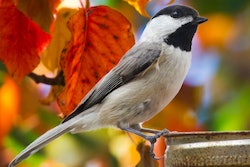 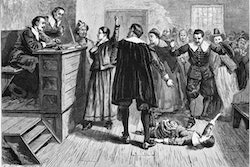 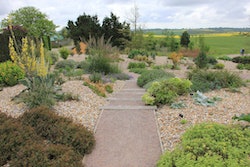 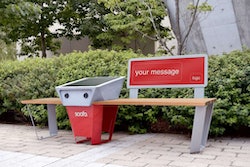