How the National Garden Bureau selects its “Year Of” plants

The National Garden Bureau (NGB) is like the Pantone of plants with its “Year Of” crops coming out to help set the tone for the ensuing year.

“The whole concept was just started as a way to educate the public on these different product classes, tell a little bit about them and then working with our members we highlight new varieties within that class,” said Diane Blazek, executive director of NGB.

This practice has only been around since 1980, although the organization is closing in on its 100th anniversary. NGB was started in 1920 after James H. Burdett recognized a need for disseminating basic instruction in backyard gardening to the population.

The “Year Of” plants originally started out with just annuals and edibles and then as NGB’s membership grew, it added perennials in 2012 and bulb crops in 2016.

While other associations pick specific varieties, NGB elects to choose plant classes instead.

“Again, we’re trying to pick things that are not too difficult to grow and not too difficult to find, so that’s certainly tulips,” Blazek said, referencing 2018’s bulb crop of the year. “We just try to make it a little bit more attainable for today’s gardener. It’s kind of sad to say but I think there’s a whole group of people out there who don’t realize you need to plant the tulips in the fall in order to get them next spring. It’s just educating the next generation.”

NGB conducts a survey among its members allowing them to vote from a limited number of options that meet the criteria, such as having new breeding work conducted.

The “Year Of” winners are generally selected three at a time.

One danger that NGB has encountered with picking the “Year Of” plants years in advance is accidentally selecting one that is a bad idea.

“We had picked your basic impatiens like two years ago and that was right when the impatiens downy mildew hit, so we had to pull that idea and we substituted something else, which was still great, but you never know when things like that are going to happen,” she said.  “If we had promoted that as a ‘Year Of,’ we would have been ridiculed and not been doing a good service for the industry.”

Yet this is the only time NGB has encountered a problem like this.

The bureau tries not to repeat any plant classes unless around 10 to 15 years have passed and there has been considerable innovation.

Blazek says the tomato is one of the few plants that has been named “Year Of” twice and it was selected again due to its new colors and updated heirloom varieties.

“We have to look at what’s already been done,” Blazek said. “If it’s been done in last 20 years, we’re probably not going to put that one the list. Sometimes people are suggesting them if they come to us, so I just keep a list. It’s a matter of keeping up to date on what’s trendy, what’s selling well.”

NGB markets the “Year Of” crops across the board and anyone can take advantage of the logos and pictures.

“It’s out there for everybody to use, adopt, if someone wants to put it in their catalog and say, ‘Hey this is the year we really think you should plant tulips then so be it,’” Blazek said.

Blazek says they generally announce the following year’s winners in July, so its various members can plan ahead. For 2019, she says she’s already had the logo for three months now.

“The artwork is really good for these,” she said. “I’m very excited.” 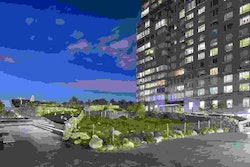 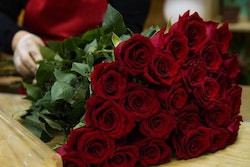 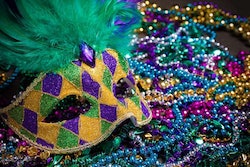 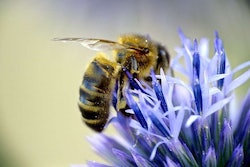