This is part one in a three-part series. The sequel article will publish on TLC tomorrow.

When it comes to a home away from home, many college students will tell you that their university fits that description “to a T,” but from what Troy University has seen over the years, this is how almost every student describes their Trojan experience.

Founded in 1887, Troy University, then known as Troy State Normal School, in Troy, Alabama, was an institution for training Alabama teachers. In 1929, the college moved to its present location and began establishing the traditional look and feel that would one day become a home to students from all across the state, nation, and world.

At the time, Alabama Governor Bibb Graves commissioned the Olmstead Brothers architectural firm of Brookline, Massachusetts, to design the campus landscape plan, and elements of this original design can still be found today in the two remaining quads on campus.

Throughout the years, Troy has continued to grow its reach by catering to students all around the world, which ultimately led to the final name change in August 2005 from Troy State University to Troy University.

With such a reputation behind its name, those leading the charge of Troy take great pride in the management, upkeep, beautification, expansion, and improvement of the campus on a daily basis.

Campus beautification and care are of utmost importance to the Trojan family, and members of the Troy University Physical Plant, university chancellor Dr. Jack Hawkins, Jr. and first lady Janice Hawkins have weighed in on just what it takes to build, grow and maintain a university that will continue to bring in new students each semester.

Chancellor Hawkins and his team

A native of Mobile, Alabama, Chancellor Hawkins was commissioned as a lieutenant in the United States Marine Corps and served as a platoon leader during the Vietnam War. Before joining the Trojan family, he also served as the president of the Alabama Institute for the Deaf and Blind (AIDB).

When Chancellor Hawkins and his wife Janice first arrived at Troy University in 1989, the couple immediately began putting into play their vision for the campus, which began by becoming heavily involved in the day-to-day operations of Troy’s Physical Plant.

“The most important thing we do here is serve students, and the second most important is to hire people,” Chancellor Hawkins said. “It’s people and relationships that are important. Life is about relationships, whether it’s about friends or colleagues, and it’s about respecting people. Some of the finest people that we have at this university are found on that grounds crew.”

Mark Salmon, director of Troy’s Physical Plant, has worked with the university for many years and says he has had the pleasure of working with the chancellor and his wife since they first arrived at Troy.

Salmon can clearly recall an instance that occurred not long after the couple arrived in which the first lady took the idea of being ‘hands-on’ to a literal level by getting down in the dirt to work side-by-side with the grounds crew one day.

“She took a vested interest in what was happening across the campus,” he said. “And she was right there with the grounds crew and the landscape folks trying to do these things. She was the catalyst, and the vision that Dr. Hawkins and she had has really moved this thing forward not only in grounds but in all of our buildings.”

Chancellor Hawkins, his wife and Salmon understand the importance of leading by example when it comes to keeping Troy’s campus beautiful, and all three have, on more than one occasion, been seen picking up trash around the campus.

The chancellor believes Troy offers quality education, quality faculty and quality students, so he wants the landscape to always show and reflect that. He and his wife, he says, understand the importance of a well-maintained landscape, and to make this come to fruition, it is up to the pair to “lead by example and lead from the front.”

Salmon says that seeing a fellow student picking up trash can often spur others on to do the same, but seeing the leader of the university or others in authority pick something up creates even more of a desire to strive for cleanliness.

“When people see something that’s well-maintained, there seems to be a more conscious effort to take that garbage over and put it in the garbage can,” he said. “I would say that most of our students here on campus do a phenomenal job with that.”

When looking back on her first few years at Troy, the first lady also recalled her close-up interaction with the grounds crew that day. In her mind, campus beautification isn’t just something that should be just left to the landscapers alone, as the campus is there for everyone to enjoy. Therefore, she believes it’s up to everyone to be good stewards of the land and to do their part to keep it beautiful.

“Because we feel the way we do about it and because Mark does and so many others feel that way about the university, it is very hands-on,” she said. “So, you feel a sense of pride in the accomplishments of the students. And when they graduate, you feel like you have really done something, no matter what little, tiny part you might have played in launching them out there.”

As a green industry  professional who attended college at both Brigham Young University and the University of Washington in Seattle, Salmon has had the opportunity to see many aspects of collegiate landscaping across the country. However, Salmon says after becoming part of the Trojan family, he has a unique appreciation for Troy’s campus and buildings when comparing them to those he was familiar with in his college days.

“That feeling of home is very different because these buildings are not institutionalized; they really represent our culture that we enjoy and love,” he said. “They represent the South.”

As previously mentioned, many students recall their first time on Troy’s campus and describe it as “feeling like I was at home.” Salmon, he says, has heard this more times than he can recall, and he believes there are many factors that work to create that feeling.

“Dr. Hawkins has clearly set the tone from the very beginning,” Salmon said. “Each and every day, we go out there, we’re constantly seeking to do the things we need to do to improve the perception, the look and the feel of what we experience here on campus.”

One of the most important ways Salmon and his crew work to establish this home-like quality is through the landscaping and structures around the close to 350 developed acres of campus.

“When we take a look at the major universities across the country, we have seen that presenting and representing (yourself) well and helping students make the decision to come here is an important aspect of any university,” he said.

According to a study performed by Dr. Phillip Waite, a professor and landscape architect with Washington State, 62 percent of high school students make their college choice based on the appearance of the campus buildings and landscape.

“The most important recruiters to the university are the grounds crew,” Salmon said.

Salmon notes that over the years, there have been many grounds workers at Troy who were hearing impaired, which brings great pride to Chancellor Hawkins, as he has worked closely with the deaf community for many years. Salmon adds that Charlotte Wittington, who has been on staff with Troy for 12 years, is one of three employees currently on staff who are deaf, and she serves as the landscape leader for the grounds crew.

Working on a college campus

When it comes to the workday, Salmon says Physical Plant is divided up into three areas: landscaping, sports turf and mow/edge/trim crews. For those working strictly with the landscaping areas, Salmon says they cater to trees, plantings, seasonal color and more across campus. The sports turf area maintains the athletic and sports fields that cater to both athletes and students, such as the intramural fields, the golf course and others. The grass across campus is mown daily by the third area of the Physical Plant crew.

While working on a college campus can offer many unique experiences and opportunities, Salmon says it also comes with its own unique set of roadblocks.

“In the realm of grounds and landscaping, I think one of the challenges is always that as much funding as we get to do things, we would always enjoy being able to have access to more,” he said. “I (also) think the challenge in trying to find good, qualified labor and so forth is becoming (greater) in the trades and in the things we take for granted every day, in terms of those that maintain the grounds, clean the buildings and maintain the buildings.”

Salmon knows the diminishing green industry labor market is not just an issue Alabama faces, and he has, unfortunately, noticed over the years that interest in these types of jobs has slowly been decreasing.

To combat this, Salmon says that Troy actively seeks out interested students to aid the grounds and landscaping departments during the summer, but the bigger challenge with that comes when school begins and those students leave.

“I think those are two of the greatest challenges,” he said. “How do you continually fund and find the resources that you need to finance what you’re trying to do, and once you’ve got that, can you find adequate people that are qualified to do the work?”

Troy currently does not have a landscaping or horticulture degree, but they do offer a geomatics degree that Salmon says does have the chance to work with Physical Plant. The geomatics students, Salmon says, help Physical Plant collect and keep track of data and changes that happen to their buildings.

“These guys have also been very helpful in terms of what we’ve done with landscaping and how we continue to improve and refine the processes that we go through,” he said.

While Troy might not have landscaping or horticulture degrees currently, Salmon does agree that if they were to offer it one day, it could potentially help alleviate the labor shortage crisis.

“I think any time you have a program like that, what we offer here for the students adds and refines the skills that they’re learning,” he said.

Check back tomorrow for part 2 of this series, where we’ll take a closer look at the day-to-day work of the Physical Plant crew. 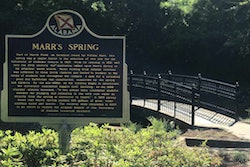 Stop and smell the roses: Exploring the grounds of the University of Alabama 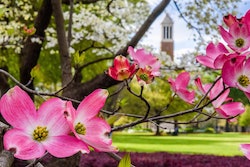 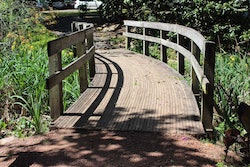 Auburn professionals sound off: Getting the word out about the green industry 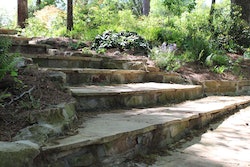