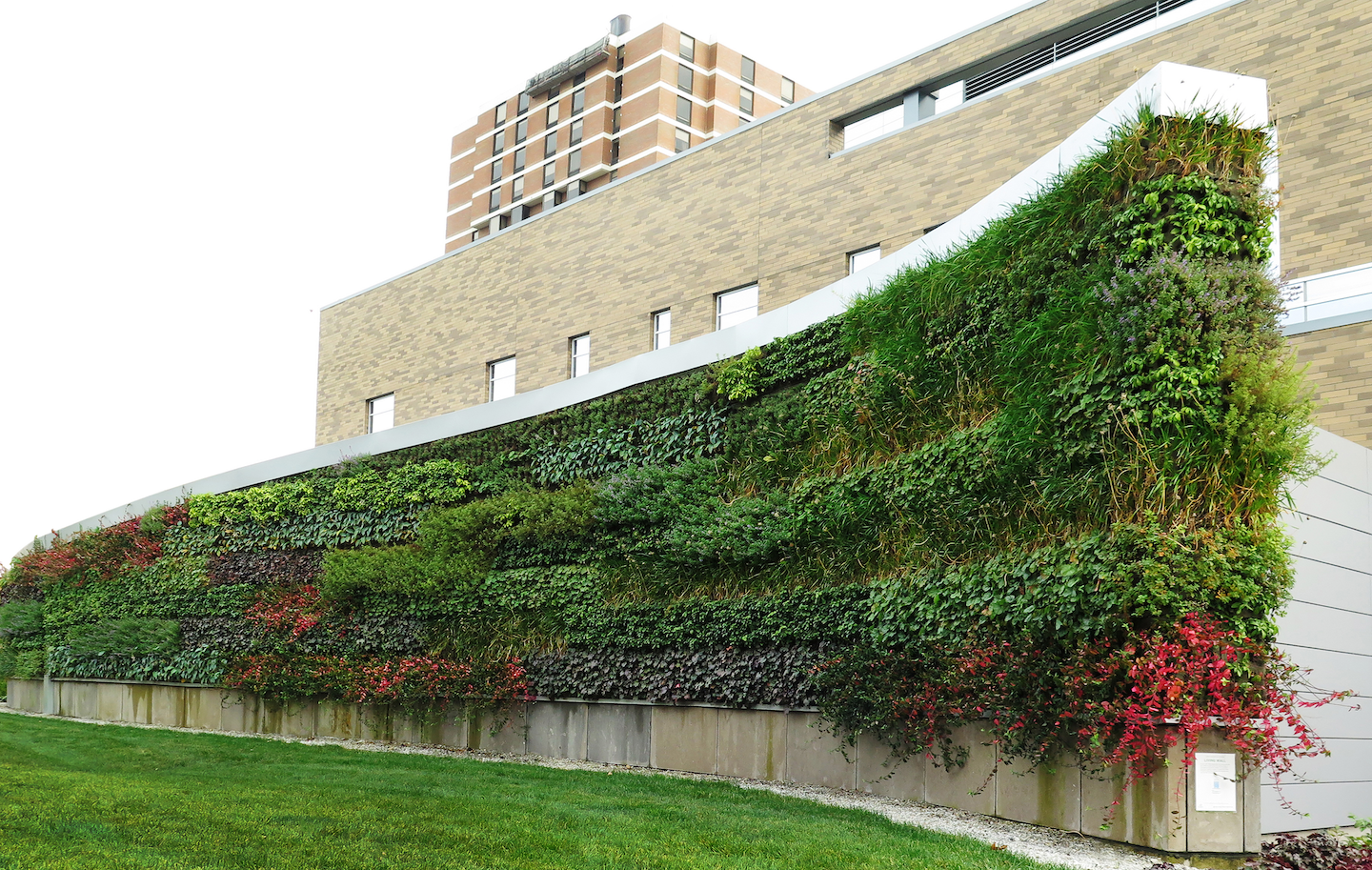 As people spend more time indoors and away from nature, more buildings such as offices, hospitals and public spaces are starting to include living walls in their structures.

This inclusion of living walls is part of the larger movement for more biophilic designs.

“Right now, I think it’s more prevalent than ever,” says Nathan Beckner, horticulturist and lead plant designer at Sagegreenlife, based in Chicago, Illinois. “The awareness has skyrocketed and now it’s more of an expectation whether it’s an office space, a high-end hotel or a restaurant. People buying condos even; they expect this biophilic design, whether it be a living wall or elaborate interiorscaping. People are really gravitating towards that and are aware of the benefits. It’s more popular than ever now.”

Beckner says from his office alone they’ve been the busiest they’ve ever been this past year with living wall work. Sagegreenlife designs, manufactures and installs living green walls that can be scaled to any size. These unique features can be used both inside and out and come with their own set of challenges.

“Gravity is probably number one,” Beckner says. “Water always likes to go down. Plants usually don’t grow on walls. So just working with that and getting to know the plants and the behavior of water itself because water is always going to go down. We really have to make sure our system is on point and perfectly sealed and perfectly level because water always finds a way (down).”

One of the other challenges is dealing with extreme climates.

“Weather is definitely challenging,” Beckner says. “You have to have the right plant selection that can survive the winters or even the heat. It’s always a juggling act to get plant material that can tolerate the heat, stay in the wall and also survive freezing spells.”

While interior living walls have a more controlled environment, exterior green walls have more flexibility when it comes to water and the plumbing.

The key to ensuring a living wall is well-incorporated into an interior design requires being part of the planning process early on.

“We try to get in and get our specs early on in the projects from an architect or an interior designer or an interior architect as the project is being built or remodeled, which is ideal because we get built in,” Beckner says. “We have the plumbing. We know exactly where the wall is going to go. We have the measurements. We have the CAD drawing, and it’s much easier to go from start to finish that way.” Once getting the specs, Beckner says he works with the client to determine their aesthetic and brand and what their expectations are for the green wall. After creating some renderings and ensuring it is what the customer wants, Sagegreenlife begins procuring plants.

The plants are then placed in Sagegreenlife’s patented Biotiles. The Biotiles are made of rockwool (layered basalt rock fiber) providing a rooting and growing environment that evenly distributes water, oxygen and nutrients in the hydroponic wall system.

Beckner says that thanks to the properties of rockwool, he can grow plants that have varying moisture needs, unlike other green wall setups.

While the plants are grown from 8 to 12 weeks, depending on the plant material, the building or renovation is usually being finished and irrigation system can be installed onsite in about three days. Becker says once it’s time to add the grown plants, it can take just an hour to install or maybe a day if the wall is particularly large.

“The tiles just go up in rows in consecutive order,” Beckner says. “They’re all labeled and numbered, so they go up very easily and very quickly so it’s instant gratification. It’s really great to see.”

As for what plants in grow on a living wall, there’s plenty to choose from but factors such as whether the wall is inside or outside, the climate and exposure will help you narrow down your plant palette.

For exterior living walls, Beckner says he tries to get as many native plants and source them locally, if possible. “For instance, I did a project in Houston, Texas, so I tried to incorporate a lot of yaupon holly and plants that are really workhorses,” he says. “They can usually tolerate sun or shade and have a wide variety of growing conditions. I usually try to gravitate toward those. Not only are they more successful in the landscape, but they’re usually more available.”

He says he prefers to use tropical plants and those that have more scale for interior living walls as they can be used in unexpected ways in the design.

The plants you should avoid using for green walls include cacti, succulents or other heavy plants. Edibles are also not particularly ideal for living walls, despite how utopian the concept might seem.

“Like any garden or landscape, there’s obviously going to be routine maintenance,” Beckner says. “Usually with our system, it is a little bit more sustainable the plants can grow to maturity and live out their entire lifespan ideally, if it’s properly maintained. The wall only needs grooming, removing of yellow leaves, pruning and just making sure the irrigation is functioning properly.” 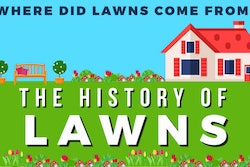 Infographic explores the history of lawns 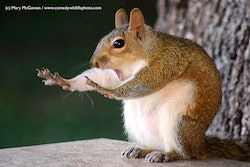 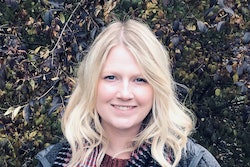 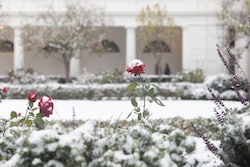