Design/build: The benefits of gabion walls

There are many hardscaping elements that can be added to a landscape design that are both attractive and functional.

One example of this is the gabion wall. Gabion walls can be used in landscapes as retaining walls, decorative site walls, seating walls, accent walls and more.

Randy Jurgensen, president of Decorative Stone Solutions, based in Escondido, California, says gabion walls are well suited for mid-century modern designs as they tend to be more linear in shape and it’s harder to make organic shapes with gabions.

This hardscape structure has seen an increase in usage over the past few years and here’s what you should know if you are considering using one in your next landscaping project.

What is a gabion wall?

Gabion is derived from the Italian word for “cage” and is a wire container that can hold any sort of inorganic material. They can form flexible, permeable structures that work well in stabilizing shorelines against erosion.

Originally these cages were wicker and were commonly used for civil engineering and military purposes. Leonardo da Vinci even used gabions for the foundation of the San Marco Castle in Milan.

Gabions should not be confused with bastions, which are gabions lined typically with a geotextile allowing it to be filled with a granular soil fill, instead of rocks.

Pros and cons of gabion walls

“I think the big pros are they’re economic, they have little to no maintenance, they’re easy to install and they are very long lasting, and they can be created fairly quickly,” says Jurgensen.

The cost of the wall depends on the wire being used as there are various grades and gauges of wire mesh available, but they are typically all galvanized. The other determining factor on the cost is the fill material being used.

Angular rock is the best gabion fill as they lock together and provide a non-moving unit. Jurgensen suggests using a heavier gauge wire if your customer wants to use a rounded river rock as the fill material to help it maintain its shape.

“Pilings, underwater drainage systems and excavations are unnecessary,” he says. “There’s no need to drain the site or to construct a cofferdam for underwater installation. The first layer of gabions can be laid in water or in mud.”

Jurgensen says there’s no need to create a foundation for gabion walls as they end up weighing so much when you fill them with rock. He says what anchors the wall is the sheer mass and weight of the structure. The longer it’s there, the more it settles in and the stronger it becomes.

Any gabion wall 3 feet and under does not require the calculation of loads and stress it might take on, but Jurgensen says if you’re going higher than 3 feet you should get an engineer involved to make sure it’s safely constructed.

A gabion wall’s lifespan depends on the type of wire used and the amount of salt spray it is exposed to.

“Something that is very coastal tends to rust out like any metal a little quicker,” Jurgensen says. “The further inland you go the longer these tend to last but 50 to 100 years is the typical lifespan.”

Gabion walls are highly permeable and are able to bleed off any hydrostatic pressure, eliminating the need to install a drainage system.

Unlike a traditional concrete wall, gabion walls are flexible and are able to move with the earth.

“Let’s say you’re in an area where you have a freeze thaw cycle and the earth rises and sinks as you go through these freeze thaw cycles,” Jurgensen says. “This has the ability to move with it so you don’t have a breakdown, where in concrete walls you’re going to get cracking and eventually collapsing under foundation and internal stresses of movement.”

Some of the cons are typically gabions are too bulky for smaller spaces and they may provide a home for unwanted flora and fauna.

“One of the drawbacks, and pro depending on what you’re after, is a lot of windblown and water-carried debris and soil can end up in all the crevices inside the wall so you can actually end up with some vegetation growing in these walls. Some people like that and other people don’t want to see that.”

Another possible con is the industrial look of the gabion wall, which Jurgensen says some like and others prefer a more natural looking wall. He says one way to make these walls more attractive is to choose a good fill material.

“The more attractive stone you use, the better it’s going to look overall,” he says. “There’s a couple ways to fill these gabions. You can use a very good looking stone as the facing material so that’s what’s actually showing to the viewer and then you can backfill that with a less expensive, more industrial grade stone that’s not going to be visible but still acts a structural component of the gabion wall.”

The fill material can vary from logs to broken concrete to slag glass.

“You’ll see various types of landscape glass, big chunks of colored glass, being used that makes a pretty neat design both during the day and night,” Jurgensen says. “The neat thing about filling it with something like a glass product is you can use lighting inside, so you can run lighting inside of a gabion wall behind the glass, and then that can be lit up at night.” 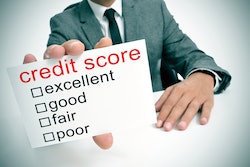 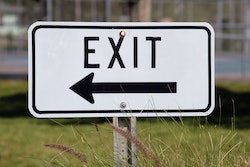 How to: Conducting a winning exit interview 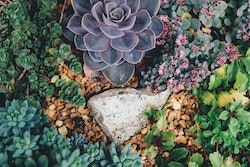 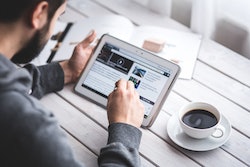