By Leslie A. Smith

There’s a ring of truth in the catch phrase “everything old is new again” when it comes to methods for controlling erosion in residential landscape settings. Thirty years ago, “sales were aimed at aesthetics,” says Ron Bowen, owner of Prairie Restorations, in Princeton, Minnesota, and usually incorporated turf or techniques adapted from the construction industry. But attitudes are changing, and in some interesting examples across the country, landscapers are turning to native plants, various green products and indigenous natural defenses to help in the fight against erosion.

In years past, whenever there was a contest of looks versus practicality, customers usually leaned toward the former. Yet Bowen and others have seen how customers’ attitudes toward native landscaping have changed when they learn how much money, time, labor and water is saved through these methods. When he presents a breakdown of maintenance costs for a traditional turf-dominated landscape versus a native landscape, cost savings usually prevails.

“Home sites are being built in areas that were deemed ‘unsuitable’ years ago, such as steep hillsides where erosion naturally occurs to some degree,” says Jean Schwab, head of the Environmental Protection Agency’s GreenScapes program. “Water and soils simply follow gravity, and once the native structures and soils are disturbed, gravity wins.”

Eroded topsoil can be carried into rivers, streams and lakes, threatening water quality. Moreover, the soil that is left behind is often nutrient-deficient, making it all the more difficult to grow healthy plants.

Solution: Using terraces to maximize property use and eliminate runoff.

In southern California where homes are often located on hilly terrain, Gregory Davis, owner of Gregory Davis & Associates in Los Angeles, California, calls on native plant selection and other practical, functional solutions to solve erosion problems. “The trend here is to take maximum advantage of the land that is available,” Davis says.

For example, when Davis was called on to design a homeowner’s hillside property in Studio City, California, he took advantage of the hill’s inherent attributes to create an outdoor “room with a view.” Hillside paths lead the visitor to a gazebo placed at the highest point, which looks out to the ocean. He also installed steps and paths along the slope using materials such as decomposed granite, flagstone or gravel to connect the separate outdoor rooms and eliminate erosion.

They also used terracing, an age-old technique that has found new applications in modern landscaping. Although it can eliminate the need for planting a slope, Davis has used terracing for planting hillside orchards and vegetable gardens.

The trend of using native plants to combat erosion is popular in California not only because they flourish in that environment, but some are also naturally flame-retardant, Davis says. These materials can act as a buffer between homes and the surrounding chaparral, protecting homes against wildfires and ensuing erosion.

Davis did not initially discuss the hilltop view because he knew it was not in the client’s budget. However, as Davis recounts, the client told him, “If you had told me about it back then, I would have gone for it.”

Location: Lake of the Isles, Minnesota

One of Prairie Restoration’s high-profile projects is located in Lake of the Isles, Minnesota, where waterfront homes formerly looked out over turfgrass that was maintained to the edge of the water. Although homeowners liked the view, the shallow-rooted grass couldn’t withstand the eroding power of the lake.

Before: To correct erosion at Lake of the Isles, Minnesota, a biodegradable erosion control blanket was pinned to the slope. Native seedlings were then introduced into the blanket.

Homeowners had tried unsuccessfully to halt the erosion using rip-rap. Prairie Restorations was able to create a permanent, sustainable solution by staking coconut-biologs in place at normal water elevation and rebuilding the ground behind. Biodegradable erosion control blankets were then pinned onto the slope. Although erosion control blankets come in a variety of materials, seeds and plants seem to respond better in biodegradable fabrics, Bowen says.

Native plants were introduced into the blanket with a combination of seeds and seedling plugs, along with low-growing grasses, sedges, rushes and wildflowers. Restoring the shoreline protected the property from further erosion and provided a habitat for wildlife.

After: The final product includes a spray of native plants that secure the slope.

Bowen stresses the role plants play in controlling erosion. “The ultimate solution is good, solid vegetation,” he says. Customers are also keyed into the value of using native plants in their landscape design. “It has become important to people that materials be local in origin,” Bowen says, because they are looking for an authentic representation of what the landscape looked like centuries ago. “They are asking, ‘What was here pre-settlement? And how do we get it back?’”

Using native plants requires an in-depth knowledge of many plant species and their preferred conditions. Site matching is critical, as is knowing how to deal with exotic or invasive plants that are already on the property. 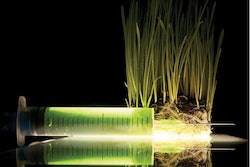 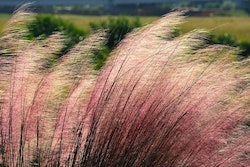 Foliage: Blowing in the wind 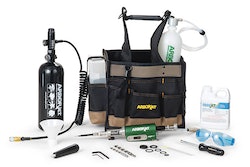 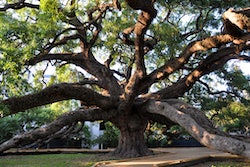