It was December 2018 and Chevy had invited media out to test drive the new 2019 Chevy Colorado ZR2 Bison in the Tonto National Forest in Arizona.

Built in partnership with American Expedition Vehicles (AEV), the 2.8-liter Duramax turbo diesel instilled absolute confidence while powering the truck up and down challenging terrain, which included a memorable, tailpipe bending rock trail. 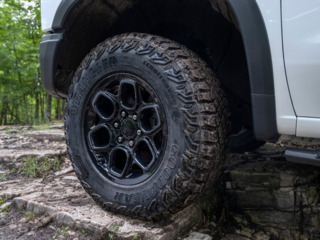 The 2023 Chevy Silverado ZR2 Bison gets 18-inch AEV wheels paired with 33-inch Goodyear Wrangler Territory MT tiresChevroletBut this was a midsize beast. What about a full-size ZR2 Bison? We watched, waited, made some videos hoping for its debut and then boom! Chevy finally intro’d the 2023 Silverado ZR2 Bison last week – and yes...it can be spec’d with a diesel…a specially tuned 3.0-liter Duramax that delivers 305 horsepower and 495 lpound-feet of torque.

The AEV-equipped truck comes standard with a 420-horsepower 6.2-liter V8 paired up with a 10-speed tranny that delivers 460 pound-feet of torque – so yes, the diesel beats it.

Chevy reports that the inline-six, turbocharged 2023 Silverado 3.0-liter Duramax diesel has gotten a 10% increase in horsepower (277 hp in the 2022 model) and a 7.6% uptick in torque (460 lb.-ft. in the prior model). Chevy attributes the performance boost to new steel pistons with a revised combustion bowl; a retuned turbo compressor; new fuel injectors; and improved temperature control features.

“These improvements to the popular 3.0L Diesel Duramax build on the already advanced design of the first-generation engine,” said John Barta, assistant chief engineer of diesels engines. “We often hear customers express their satisfaction with the outstanding fuel economy and smooth, quiet power of the current diesel engine, so we can’t wait for them to experience this advanced engine made possible by the continued design evolution and advances in engine technologies.”

This refined diesel engine will be available on Custom Trail Boss, LT, RST, LT Trail Boss, LTZ and High Country, and will continue to be exclusively paired with a 10-speed automatic transmission for retail customers.

The Duramax engine will continue to be assembled at GM’s Flint Engine Operations in Michigan and will be available on select trims of the 2023 Silverado 1500 by the end of this year.

Make room for the big boy

The 2023 Silverado ZR2 Bison gets high-quality steel integrated in the AEV bumpers and tough underbody protection. AEV-stamped steel front and rear bumpers are constructed of 3-millimeter-thick steel and are powder- and e-coated. Chevy reports that the press-hardened steel used for the underbody skid plates is three-and-a-half times stronger than an equivalent cold-stamped high-strength steel plate “and provides incredible resistance to underbody damage.” 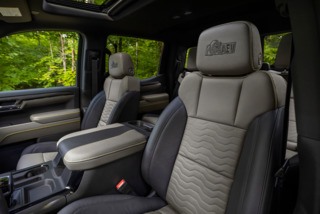 But enough of the banter…let’s check out what comes standard on Chevy’s offroad king:

The Silverado ZR2 Bison's exclusive body-color grille bar provides contrast to the black grille design and features the signature ZR2 badge on the front of the truck to the right of the iconic Chevy “flow-tie.” On the rear, the bold black matte finish on the standard Multi-Flex tailgate is unique to the Bison design and allows the centered Chevrolet bowtie to stand out.

Chevy’s collaboration with AEV gets noticed throughout the interior and exterior of the truck, including the Bison decal on the side outer box and the AEV badge featured on the front headrests and all-weather floor liners.

Though Chevy released a video earlier this year stating that the Silverado ZR2 Bison was rolling out this summer, it has since pushed out production to early 2023. MRSP is $78,490 with dealer freight charge included. 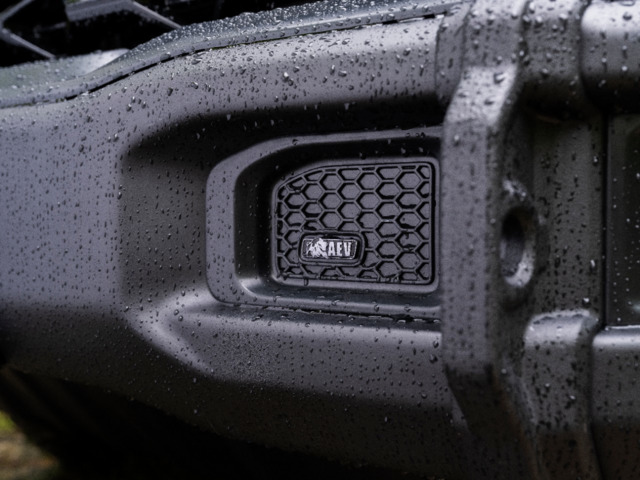 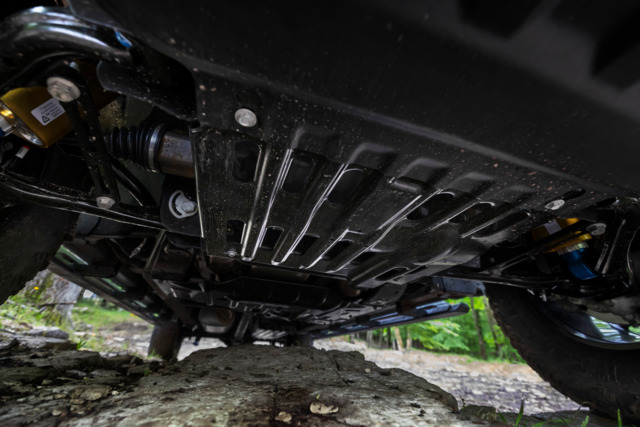 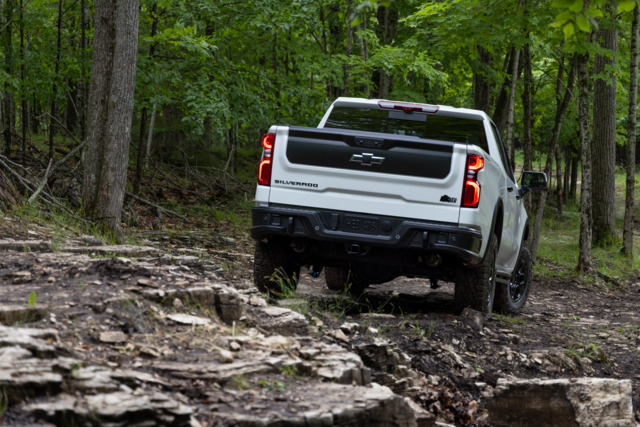 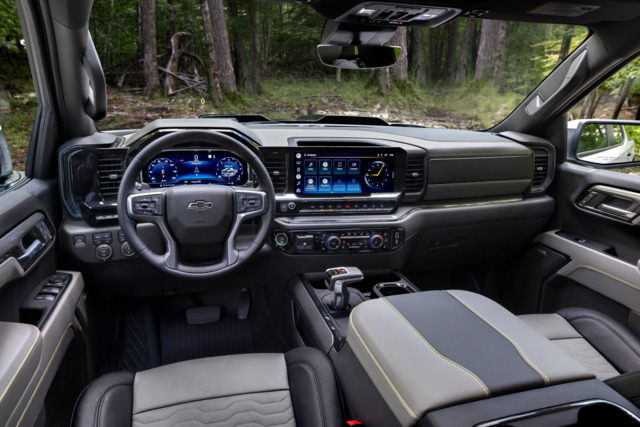 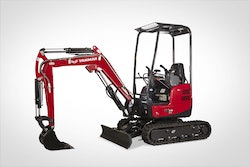 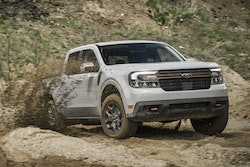