PickupTrucks.com Editor Mark Williams said he enjoyed the comfort of the Sierra HD and its comprehensive strengths.

“Our judges hugely appreciated the all-new interior and infotainment interface and 8-inch navigation screen,” Williams said. “In the end, the GMC was the best all-around player of our competitors.”

Evaluators said the Sierra HD excelled in vehicle control while towing. The integration of the diesel exhaust brake, standard with every Sierra HD equipped with the 6.6L Duramax Diesel engine, with the truck’s grade braking and cruise control, was engineered to provide a stress-free experience for drivers hauling heavy loads over long distances.

In testing for the Ultimate Heavy Duty Challenge, the Sierra HD required zero brake pedal depressions during a 7.2-mile descent from the Eisenhower Pass in Colorado, which included up to 7 percent grades. Neither competitor matched that performance.

The entire set of results and methodology can be found at the PickupTrucks.com. 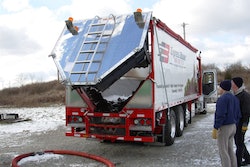 Finn to Use Amlock Rod Locks for Pneumatic Blower Trucks 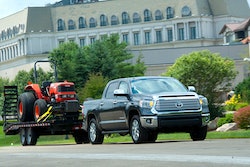 Tundra to the Max 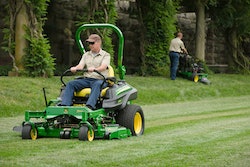 How to reduce mower downtime 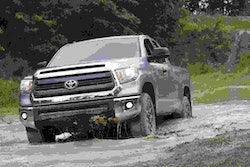