Not everyone who works in landscaping needs a one-ton dually, or even a 1/2-ton pickup. Many just need an efficient, reliable pickup as a mode of transportation that can be used once in a while to tow a trailer with enough payload to handle lighter duty work and recreational tasks. And there are also those who like to park their truck in the garage instead of out in the elements. The two-car garages in many of today’s traditional homes don’t accommodate a full-size pickup, while a midsize parks just fine.

It’s those types of needs where Chevrolets’ new Colorado Crew Cab 4×4 is a nice fit.

With quite a bit of buzz, GM has re-entered the midsize pickup market with the all-new 2015 Colorado (and GMC near-twin, Canyon). The redesigned trucks, especially the Colorado, are legitimate commercial and critical successes, pulling in scores of first-time customers for Chevy while upsetting Ford’s new F-150 as Motor Trend‘s Truck of the Year.

Plenty of ponies for hard work

The V6 Z71 4×4 model I tested for a week has 305 horsepower and a towing capacity of 7,000 pounds, which means it can handle many lighter towing tasks with ease, all the while being more fuel-efficient and costing thousands less than a similarly equipped Silverado.

Need to bring along a yard of mulch? No problem. The 4×4 Crew Cab shortbed can handle up to 1,440 pounds of payload, which is about 1 1/2 yards of mulch. During testing, I had a Landoll LT1220 tandem-axle tilt-deck trailer in tow carrying a Honda Pioneer side-by-side and a box-scraper en-route to a friend’s landscape job. The trailered weight is close to 5,000 pounds, but that doesn’t pose any issues with the truck’s handling or braking: The Colorado is very stable towing such a load.

I also used the Colorado to tow a 20-foot Hewescraft to the lake for a day out on the water with family and friends. Again, GM’s new midsize is right at home towing the 3,800-pound boat/trailer combo. Such handling is testament to the midsize Colorado’s suspension and body-on-frame design that’s similar to its big brother, the Silverado.

The Colorado is more than competitive with its Toyota and Nissan rivals, too.

The Colorado also has a horsepower advantage over both of its closest competitors: The 305-horsepower, 3.6-liter Chevy V-6 outpaces both 4.0L Nissan and Toyota V6s on the dyno by 44 horsepower and 69 horsepower, respectively.

Slow out of the gate

Where I am a bit disappointed driving this new Colorado 4×4 is the engine has to be flogged to get those 300-plus ponies to raise their heads and run. GM’s little V-6 gets its peak horsepower some 1,500 rpm higher than its competitor’s V-6s, with a redline around 6,800 rpm.

Then there’s the torque aspect. Despite the Colorado’s big horsepower advantage, GM’s 3.6L bests Toyota V-6 by just 3 foot-pounds in torque (266 foot-pounds vs 269 foot-pounds GM) and is 12 foot-pounds less than the Frontier’s V-6. Torque is what gets a vehicle moving, not horsepower. So when you are tasked with hauling or towing a load, that low-end acceleration and hill-pulling ability is the result of engine torque.

The Colorado suffers in that arena compared to Toyota and Nissan.

Chevy’s Colorado is nearly a second slower in reaching 60 miles per hour than the Frontier and a half-second loser to the Tacoma despite having a big horsepower advantage over both. That’s because the competitors have lower axle ratios to help get them moving quicker and easier. GM has saddled their midsize pickups with one axle ratio (3.42:1) in an effort to achieve “best-in-class” fuel economy numbers. There are no other axle ratio options.

During a one off-pavement outing with the truck I found it necessary to slip into four-wheel-drive. The 4×4 Z71 Colorado uses the same GM electronic 4WD transfer case system as the half-tons, so dropping into 4Hi on-the-fly was a simple turn of the dash-mounted control knob.

The transition from 2wd to 4wd and back is quick and silent. (Getting in and out of 4Lo requires stopping — or slowing below 3 mph.)

One of the bonuses of buying the Z71 model is it comes standard with a ton of features including GM’s G80 locking rear differential, which adds considerably more traction than its competitors’ pickups’ limited-slips whether in two- or four-wheel drive.

On the plus side, Colorado does deliver on unladen fuel economy. My highway numbers were steady at 25 miles per gallon and city driving in the mid-17 mpg range. (The EPA rates the truck at 17 city/24 highway.) Those are class-leading numbers. Highway towing fuel economy has varied between 9.5 and 11.2 mpg, with the higher number coming while towing a 3,800-pound Hewescraft boat/trailer combo and the lower mpg towing the lightly loaded Landoll equipment trailer.

I put more than 600 highway miles on this Colorado and the Z71 4×4 crew cab package is the most comfortable and quietest of any midsize truck I’ve tested. It’s not as spacious as the full-size Silverado 1500, and one wouldn’t expect it to be as the midsize Colorado is both narrower and shorter than its full-size brethren. But it’s every bit as quiet comfortable as the full-size trucks, and if you are a current GM pickup owner, the interior layout will be very familiar.

The front bucket seats of the Z71 model have excellent side and thigh bolsters, good support and adjustability, and plenty of track adjustment to fit the majority of drivers. I really like the optional Bose sound system and the optional GM MyLink system that includes the big, bright 8-inch navigation system with touch-screen. The touchscreen, by the way, is easy to navigate with great connectivity features — and all the functions can be accessed by the passenger while the truck is rolling down the road.

The Crew Cab’s back seats are the nicest you’ll find in smaller pickups, with good legroom, bolsters like those found in front, and a flip-down center armrest/cup-holder that will make passengers comfy. The 60/40 split seatback folds down to open up rear storage, too.

The Colorado is right at home in tight confines, too; its steering is quick and overall visibility excellent. That’s the beauty of GM’s newest midsize pickup: You sacrifice a little in muscle when putting it to work towing or hauling those bigger loads compared to a full-size half-ton with a V8.

But trucks like the 2015 Colorado Crew Cab 4×4 make up for it in fuel economy and maneuverability during all those other times when there’s nothing hooked to the hitch, or the loads it is tasked with moving are of the lighter variety.

I think it’ll make a good parts chaser, light-duty work truck and all-around commuter pickup for those who want to keep annual operating costs down. 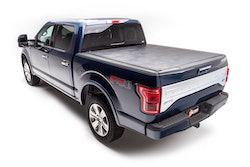 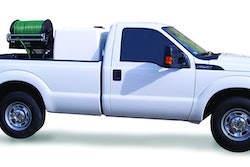 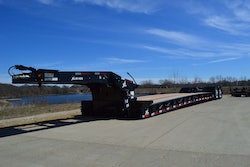 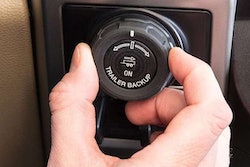