The accident: Two landscaping workers were preparing to clear snow from the parking lot and walkways of a condominium complex. One operated a skid-steer loader, the other a truck equipped with a snow plow. The skid-steer operator started his machine, raised the bucket and exited the cab by wriggling under or climbing over a safety bar that had to be lowered before the engine would start or the foot-operated lift-arm controls would work. He then began clearing snow from the loader using a snow brush/scraper. The worker plowing snow with the truck noticed the man standing under the raised bucket, leaning into the operator’s compartment. On a second pass, he saw the man pinned between the machine’s bucket and frame. The skid-steer operator had activated the lift-arm controls while cleaning the foot wells, causing the bucket to drop. He died of blunt chest trauma.

What the expert says: According to the Association of Equipment Manufacturers’ Skid-Steer Safety Manual, you should lower the lift arms or secure them with manufacturer-approved lift-arm supports and stop the engine before cleaning the loader.

Use lift-arm supports – which you can engage from inside the cab – anytime you’re working or moving around the machine, warns the National Institute of Occupational Safety & Health in an alert it issued after identifying 37 skid-steer-related fatalities that occurred in a seven-year period. Twenty-nine of these victims were pinned between the bucket and machine frame or between the lift arms and frame. Immediately before the accidents, most of them were standing or working under a raised bucket or leaning out of the cab into the path of the lift arms.

If a skid steer you’re operating isn’t equipped with lift-arm supports, ask your employer to provide them. An equipment dealer or manufacturer’s representative can locate the appropriate supports.

Never modify or bypass safety devices as the accident victim did. When used correctly, interlocking devices such as restraint bars and seat belts allow operational controls to function only when you are properly seated. A seat belt also will keep you within the protective ROPS structure in case of a rollover and prevent you from leaning or being jostled into the operating zone of the lift arms and bucket.

Operate only on stable surfaces and don’t exceed the manufacturer’s recommended load capacity. Travel and turn with the bucket in the lowest possible position, and drive straight up or down slopes with the heavy end of the machine pointed uphill. The rear of the skid steer is heavier when unloaded and the front end is heavier when fully loaded. 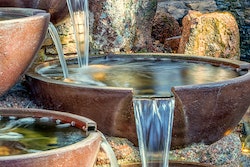 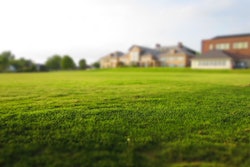 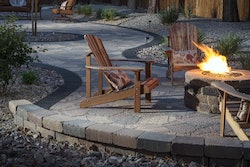