For cool-season grasses like fescue and Kentucky bluegrass, fall is the ideal time to aerate, says landscaper Steve Hale of Southern Lawn in Marietta, Georgia, because the temperature is cooler and rain returns in abundance. These conditions give grasses time to germinate and develop strong roots before freezing weather sets in.

Nick Cusick, president of aerator manufacturer SourceOne, says fall aeration offers several additional advantages: It gives turf a long period of active growth before stressful summer heat sets in. Plus, overseeding combined with aeration is most successful in the fall and can reduce the chances of weeds growing in disturbed soils.

Hale says that leaves are the only negative associated with fall aeration, and it is important to keep leaves off the turf to avoid suffocating the grass.

Core it or spike it?

There are two basic types of aeration – core and spike. Core aeration machines use hollow tines to pull plugs, or “cores,” of soil from a lawn, while spike aeration machines poke holes in the ground without removing material. Many landscapers prefer core aeration because the process removes material and makes it easier for oxygen, moisture and nutrients to penetrate the soil.

Additionally, Cusick notes that with core aeration, the cores break down easily during the fall and melt back into the soil they were pulled from.

Cusick says the advantage of spike aeration is “no short-term cosmetic effect of the plugs or cores in the yard.” He adds that cores generally disintegrate in two or three weeks.

GailCo Innovations manufactured an alternative to these types of aeration – an attachment for the rear tires of a riding or push mower called the Mow-Aerator. With the attachment, Gail Bowman says landscapers have the opportunity to aerate while they mow.

“You have the weight of the lawnmower helping to penetrate the spikes into the turf,” Bowman says.

Bowman says the Mow-Aerator spikes are different than those used in typical spike aeration. Instead of a spindle spike that may compact dirt rather than open up the soil, GailCo’s attachment uses knife-like spikes to slice the ground and avoid compaction.

To get the most out of aeration, professionals recommend following a few simple rules: 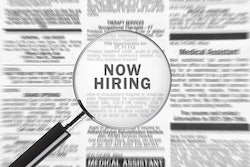 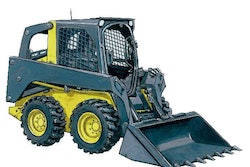 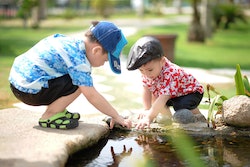 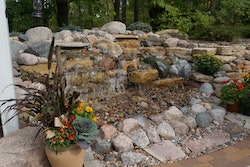