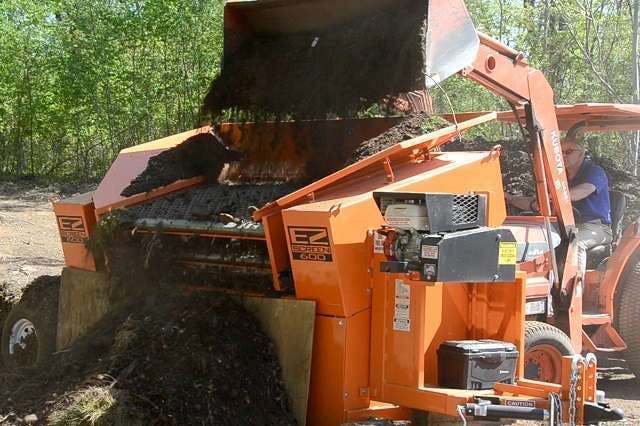 The EZ-Screen 600 is one mean, rock screening, topsoil-screening machine. Drive it hard, day in and day out, and you’ll get no complaints. It’s built so rugged, it comes with a 2-year warranty. That’s how confident we are that it will take whatever needs screening- from topsoil to rocks and everything in between- and keep coming back for more. Built with a double-deck screen box instead of a single deck, the EZ 600 has two aggressively vibrating screens top and bottom. Match the EZ-Screen 600 up with a 3/4 yard Skid-Steer or a 96″ bucket, and you’ve got a rock-screen/topsoil screen production team made for one another. A team that’ll take on all kinds of materials- sand, gravel, compost, even metals. Powered by a reliable 5.5 HP Honda gas engine, the EZ- Screen 600 features a patented non hydraulic vibratory drive that delivers aggressive screen action.

One that’ll shake the fines out of anything you load into it. Hard working is only part of the topsoil/rock screening EZ-Screen 600 story. With its highest-quality components, it’s also low maintenance. Plus it works dirt cheap. This big production number comes with a small price tag. Just $10,900, plus freight. That price includes rugged reliability, big production, EZ-come/ EZ-go portability. Just hitch it up and haul it off to the next job. The topsoil screen, rock screen EZ-Screen 600. If it isn’t what you need in a screening machine, what you need doesn’t exist. 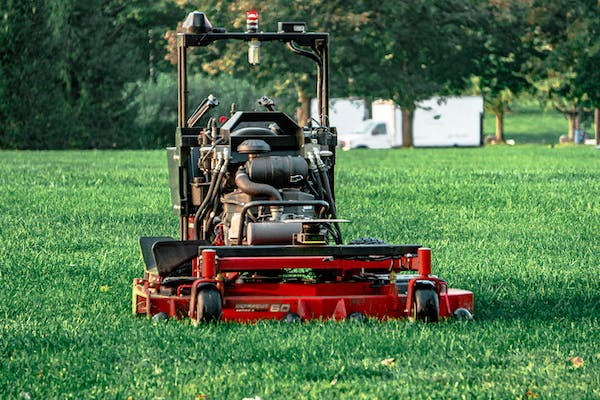