Originally oceans apart, Steve and Connie Emmerson met after Steve moved to Orlando, Florida, from London in the early 90s. Connie, who grew up in Illinois and later Texas, worked as the leasing manger at the apartment complex where Steve lived after he moved to the United States.

Steve’s entry to the landscaping business came via a gesture of help while the couple still lived in the Orlando apartments. Steve was lounging by the apartment pool one day when he saw a landscaper working nearby. “I saw a guy wrestling with this huge 65-gallon sago palm, and I said ‘Hey, do you need a hand with that?’ So he hired me for the day and asked if I could come to his office the next day at 7 a.m. I started at $5 per hour.”

This same landscaper later offered to sell the Emmersons his business, including 26 residential maintenance accounts for $9,000. “I didn’t have $9, much less $9,000,” Steve jokes. “But I scrounged together $5,000 and began paying the remaining $4,000 in monthly payments of $900.” Times were tight for the Emmersons, but Steve managed to make his payments, pay for fuel, insurance and all other expenses while bringing in only $1,375 per month. Steve did most of the labor himself, with only occasional help from temps, and soon had 70 accounts.

He was typically out on jobs or meeting clients while Connie manned the office and nursery. She even became adept at operating a front-end loader to load mulch for customers. Today, Connie is officially president of Royal Landscape and Steve’s corporate title is “secretary.” “I’m really just the yard dog,” he says with a laugh.

Royal Landscape does predominately commercial properties, but also services some of the area’s high-end homes.

Steve selected the name “Royal Landscape” as a nod to his English roots. He’s proud to say his Uncle John has worked on the grounds at Buckingham Palace for the past 18 years.

Royal Landscape, based in Gotha, Florida, now serves a large geographic area encompassing Orlando, Melbourne, Jacksonville, Tampa and Ocala. The company’s revenue exceeds $4 million, and they maintain an 18-acre wholesale/retail nursery facility on a 38-acre parcel. Although exclusively dedicated to residential landscaping during its first few years, Royal now performs predominantly commercial landscape installation and maintenance. The exceptions include some luxury homes such as those located in Isleworth, the gated community where Tiger Woods resided when he had his infamous run-in with a fire hydrant and tree.

Steve attributes Royal’s success to a simple philosophy. “When I got out of school, I could barely spell my own name,” he says. “I don’t have a high school education. All I know how to do is work hard, be honest to people, do an honest day’s work and give them a fair price. And I do what I say I am going to do with a smile on my face.”

Royal grows 85 percent of the plants it uses in its landscape installations.

Steve says he feels it’s also important to educate himself on the latest improved varieties of plants and turf. By avoiding growing and installing anything prone to insects and disease, he knows he’ll keep his good reputation and keep customers coming back. The Emmersons have plans to expand their hard goods selection – offering homeowners and landscapers quality hand tools and irrigation parts – “everything a landscaper needs in a pinch,” Steve says.

In addition to developing a stellar work ethic, Connie and Steve believe there are a lot of little things landscapers should do to help their business. When a customer calls, he responds in 48 hours or less. After meeting with a client, he strives to offer a proposal within 24 hours. Steve says his biggest problem used to be keeping employees, but now it’s keeping all of the equipment operational. Royal has two full-time mechanics on staff to keep everything running smoothly.

“When I see landscape employees who don’t have a T-shirt with a logo, and they’re driving a plain white truck, I don’t understand it,” Steve says. “One of the most important things that has helped us grow is we’ve created a brand with yellow. And when you logo your truck, choose something simple and big and easy to read and identify — no fancy scrolled letters. Your trucks are the windows to your business.”

Steve prefers Ford F-750 crew cabs for his landscape and construction divisions. He finds they hold up well while hauling heavy loads such as pavers and sod or pulling skid steers on trailers. He uses Mitsubishi and Isuzu crew cab LCF trucks for his maintenance crews due to their efficiency transporting crews and supplies on short, stop-and-go trips around town.

The Emmersons are quick to credit their 65 employees with their success. They entice and keep good employees with generous pay. Royal typically pays foremen $14 to $16 per hour and experienced estimators might make $75,000 annually. “Some other landscape company owners say we pay too much, but we don’t have the turnover rates they do,” Steve says. “I’d rather not have to replace experienced guys all the time. That’s one headache we don’t have.” Steve says long-term employees lead to long-term customers. The clients he caters to appreciate having the same foremen (and often the same crew) each time because they know all of the owner’s preferences and the idiosyncrasies of the properties. Steve and Connie have been able to maintain many clients for 10-plus years.

Steve likes the stability of maintaining condominiums, apartment complexes and gated communities. “They’re always looking to put extra money into their entrances, and they’ll sign contracts with us. That check is there every month, and you can count on it.”

Royal has a separate division specializing in hardscaping.

The Emmersons grow 85 percent of the plants they use in their landscape installations. Crews take cuttings and root them in the propagation house for six to eight weeks and then move them outside to harden off. From there, they are bumped up to one-gallon containers and finally three-gallon containers. They also grow a variety of 15-gallon trees, the size of choice for most of their clients. “We grow a huge variety,” Steve says. “We’ve become so diversified we’re supplying to other nurseries and landscapers. We ship as far away as Texas.”

The couple has even managed to compete with the big box stores in the Orlando area. Steve says he can sell plants for less than the local Lowes or Home Depot because he grows them on site and saves on shipping, and the plants don’t get mangled in transit. Royal customers also know they aren’t getting plants shipped in from regions that are not adapted to the heat of the Orlando area.

Because Steve educates himself on the latest horticultural developments, he often has the hot new varieties in stock months or years before they find their way into the mainstream by way of the box stores.

This past year, the well at the nursery was struck by lightning, costing the Emmersons $10,000, which was not covered by insurance. With millions of dollars of nursery stock dependent on irrigation, it was also an expense that could not wait. “So you just have to suck it up and get it done right away,” Steve says. They also recently lost $28,000 worth of small equipment — backpack blowers, edgers, chain saws, paving saws and more — stolen from their shop. Negotiating replacement cost versus actual cash value with their insurance company has been challenge. And they’ve had to deal with volatile gas prices, particularly in 2009, when Royal’s fuel costs jumped from $18,000 to $30,000 a month. With a fleet of 24 trucks (including three semis) and three loaders, fuel is a major expense.

“We just had to eat that cost,” Steve says. “Some of our competition added fuel surcharges and lost about 50 percent of their customers. You don’t want to do anything to upset the apple cart. Don’t give them a chance to shop elsewhere.”

One of Royal’s biggest expenses is for dumping debris at landfills. Costs range from $7,000 to $9,000 per month. Much to Connie’s dismay, Steve is contemplating adding a petting zoo to the retail operation for visiting kids; the goats would do double-duty consuming some of the plant debris. With Connie beside him to keep him somewhat grounded, Steve is always working on the next big idea — always moving forward.

“I’ve been doing this for 23 years, and I learn something new every day,” Steve says. 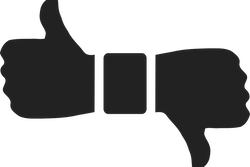 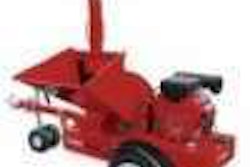 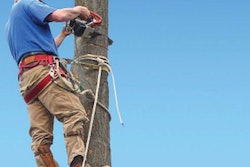 Adding on services: The risks of tree work 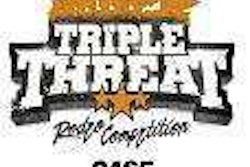