William Dickerson’s early work as a landscaper and natural creativity set him on a course for success.

As a teen, William Dickerson was on the path to his future career but didn’t know it.

William Dickerson’s career choice was altered during college by a fortuitious conversation.

It took the guidance of a man who would later become Dickerson’s mentor to show him the way.

Today, as owner of Dickerson Landscaping in Tallahassee, Florida, with 22 employees and more than $1 million in annual revenue, he quickly acknowledges the importance of seeking out the counsel of others to ensure a successful business. “It was life changing for me,” he says.

When Dickerson reached his junior year at Florida State University as an economics major in the 1980s, he worked part-time caring for landscapes at residential properties and a church near campus. He enjoyed the creative aspects of the work, and had a knack for it. But at the time, landscaping was a job, not a career.

Then he got to know Manuel “Manny” Leon Ponce, a professor in FSU’s interior design department, while caring for Ponce’s yard. A respected and influential interior designer who lectured around the world, Ponce came to epitomize success to Dickerson. Yet the relationship started because of a mere offhand observation.

“I was standing in his house waiting for my check and noticed a copy of an architecture magazine on the table, and Manny was on the cover. I started to thumb through it. I asked him, ‘How do you get here?’” Dickerson says.

The two fell into an easy conversation, in which Ponce encouraged Dickerson to take some design classes at the university.

“I told him I had no interest in learning about fabrics, and he laughed,” Dickerson says. “He explained the design principles of landscape and interior design were basically the same. He was right.”

“I needed to learn about drafting and various design principles to be really successful in the landscape industry.”

In that moment, Dickerson began to see the potential of a career as a landscape designer. “I needed to learn about drafting and various design principles to be really successful in the landscape industry. I already knew the plants,” Dickerson says.

This design started with a client’s desire for an exercise pool and grew to include a koi pond, hardscaping and lush planting scheme. See final project photos, page 62.

Ponce spoke with the dean of the interior design department, who allowed Dickerson to tailor a program of study to fit his needs. He graduated with a degree in economics, but had a slew of practical design courses under his belt.

“Manny is the reason I’m in the field today,” Dickerson says, and then adds with a laugh, “I have him to thank and him to blame.” Dickerson’s hands-on experience coupled with his formal education provided the foundation to build a successful business that would weather tough economic times.

Dickerson’s true beginnings in landscaping came at age 11, caring for the lawn and plants at the apartment complex in Orlando where he lived with his family. Soon after, he started maintaining private gardens around Orlando, eventually acquiring 27 accounts. He did whatever was needed to keep clients happy. “The day might start off with mowing the grass and end with washing the car,” he says.

Outdoor living design/build projects are a staple for Dickerson Landscaping.

On summer breaks from college, Dickerson worked in the landscape department and outdoor services at Disney World. He might begin work at 3:30 a.m. under spotlights, preparing an exhibit before the park opened at 10 a.m. “Or, they might close a section for 30 minutes and let us run in and replace some impatiens and get out,” he says. “I pulled out a lot of flowers in their prime because if they were on their way down, they weren’t good enough.”

After graduating from college in 1991, Dickerson started his landscaping business and nursery. One of his biggest regrets is that he didn’t work for someone else before this venture. “I could have learned a lot from my mistakes on someone else’s dime,” he says.

He shares that tip with students he mentors through various organizations.

But business was good, and it was hard to resist going out on his own. He retained many of his old clients from his earlier years and added new ones. The warm, subtropical Florida climate kept his crews busy year-round, and positive word-of-mouth made the business thrive. He even took on a project at FSU, where he landscaped part of the campus near the football stadium. It was one of several commercial projects he accepted. But he didn’t enjoy the commercial jobs as much.

“If you truly care about horticulture, you should stick to residential jobs. There is a lot more creative freedom. With commercial jobs, it’s more about the bottom line, and there are too many people involved in the decision making,” he says.

The company was such a success he stopped taking commercial jobs, opting for the residential work exclusively, where clients were paying top dollar and focused on beauty.

Everything changed when the economic downturn hit in 2008, and so did the way Dickerson and his crews handled business. Instead of choosing projects because they might be artistically challenging or turn a large profit, Dickerson says they took what they could get. He also was forced to let go of several crew members and consolidate his office with his nursery center.

“If you care about horticulture, you should stick to residential jobs. There is a lot more creative freedom. Commercial jobs, it’s more about the bottom line, and there are too many people involved with the decision making.”

“We were in survival mode, just trying to keep the doors open and the lights on. Every job was critical,” he says.

The poor economic climate challenged Dickerson to design jobs in phases and involve clients more in the design process. A no-nonsense businessman who typically focuses more on hands-on work rather than public relations and sales, Dickerson found the extra communication taxing at first, but it soon paid off. “Clients began coming back year after year to add the next phase,” he says.

Business has picked up. And Dickerson remains optimistic about the future. “The public doesn’t seem as frightened anymore. There is an increased optimism, and people are spending more, but things will never be the same,” he says. Yet, Dickerson’s ability to observe, learn and adapt, which has served well in the past, likely ensures solid footing on the path for the future. 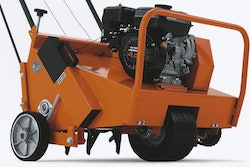 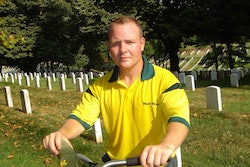 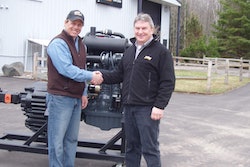 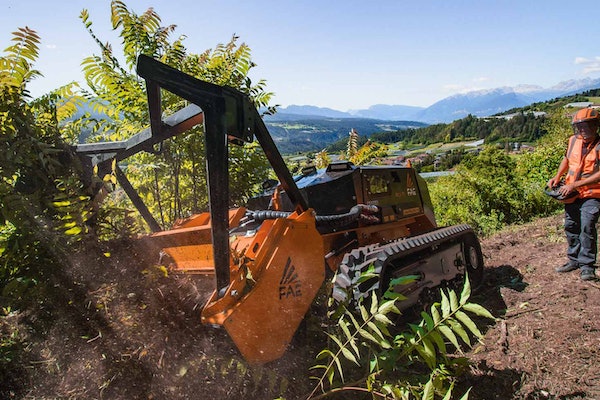