How Much Are Trees Really Worth? 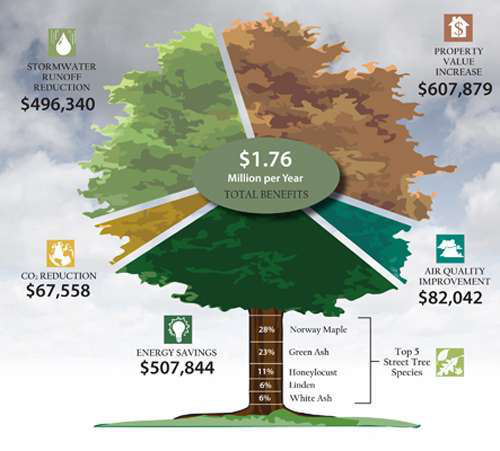 It’s no secret that trees provide a wealth of resources to the environment. But did you know there is a program that can actually calculate the amount of that wealth down to the last dollar?

A software analysis, i-Tree, is a tool developed by the USDA Forest Service to help determine the benefits of a tree canopy based on dollars.

i-Tree calculates the leaf surface area of a city and then determines the economic value of that canopy.

By using Google maps, the software can get a valid estimate of land cover types. The module also allows for anyone interested in planting a tree to see the effect it would have if it was planted in a particular area.

Portland, Oregon recently used the software and brought the value of the canopy to citizens’ attention, according to Governing.

Around Chapman Square in the city, each large elm tree had a “price tag”. One tag said, “This tree has given $20,000 worth of environmental & aesthetic benefits over its lifetime”.

Another study in Mesquite, Texas found some key findings in its Urban Forest Ecosystem Analysis.

The value of a tree may have seemed impossible to measure at first, but all it took was a basic calculator to get the job done to show society just how valuable trees can be. 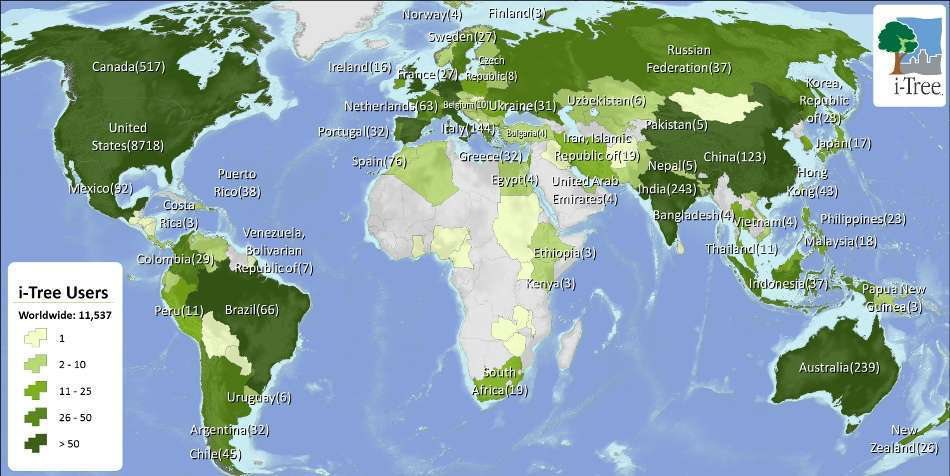