Already rigorously regulated by the Federal Insecticide, Fungicide and Rodenticide Act (FIFRA), aquatic herbicide application gained a whole new level of scrutiny when, in 2009, it was wrapped into the Clean Water Act, as well. Since November 2011, applicators who use these herbicides to control weeds in or around water have been required to apply for a special permit each year to do so, adding an extra layer to their business.

Karen Reardon, vice president of public affairs for Responsible Industry for a Sound Environment (RISE), and RISE are working to change what many see as duplicative regulation. “We have been working very hard for the last two (congressional) sessions to pass something at the federal level that specifies that these regulations are not necessary,” Reardon says. “We have been looking at legislative remedies for this.”

“We will keep trying. We are committed as an industry to getting this right. In the meantime, we’re looking to make compliance make sense.”

So far, attempts have been unsuccessful. “We will keep trying. We are committed as an industry to getting this right. In the meantime, we’re looking to make compliance make sense,” she says.

While RISE and the green industry as a whole support measures to ensure public and environmental safety, the need for pesticide application to be regulated under two acts is unnecessary, Reardon says.

Some states are also recognizing the redundancy that may exist with two regulatory processes for aquatic herbicides and are trying to make the permit process easier for applicators.

“They are looking at making the permit process more accommodating for the time being,” Reardon says. “This permit process is, after all, a burden on the state, too.”

Expanding permits
Since 1947, pesticides have been regulated by FIFRA. Initially, the regulations focused on registration and labeling, but the act was rewritten in 1972 to include use restrictions to preserve the environment. FIFRA provides the Environmental Protection Agency (EPA) with the authority to oversee the sale and use of pesticides.

As part of FIFRA, aquatic herbicides were exempt from the Clean Water Act (CWA) until the 6th Circuit’s court decision (NCC v. EPA) vacated EPA’s rule for exempting aquatic pesticides from CWA jurisdiction, forcing an appeal by EPA to the Court for a two-year stay, which was granted. This time allowed the EPA to expedite the framework to states for developing general National Pollutant Discharge Elimination System (NPDES) permits.

These permits vary somewhat by state, but overall apply to uses meeting certain thresholds for mosquitoes; algae and vegetative pests; nuisance animals in or at water’s edge; and forest canopy pest control.

The impact for applicators
“In addition to complying with FIFRA, all applicators must now also check with their states to learn whether they must obtain a permit to make an application on or near waters in the United States,” Reardon says. And some states require applicators to file a notice of intent before they ever file for a permit.

While the EPA set the parameters for the permits, individual states have some leeway for determining the scope of the application. For instance, some states specify the permit only is necessary if applicators are treating a large body of water (designated by acres). For the most part, the permit doesn’t apply to small, one-time applications. However, applicators treating large ponds/lakes on commercial property and as part of subdivisions should check with the state.

As for the impact on the aquatic herbicide market, Reardon says the new regulations are compelling some business owners to make some difficult choices.

“The permits can be costly, as are the requirements for recordkeeping. Plus, there is the vulnerability to being open to citizen lawsuits as commercial applicators. So some are just deciding they aren’t doing the application anymore that require an NPDES permit,” Reardon says.

If found in violation of the permit, there are variable penalties, depending on the nature of the violation. “The fines can run into the tens of thousands of dollars both for administrative violations, as well as for violations within the context of the application,” she says. 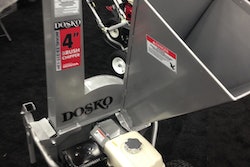 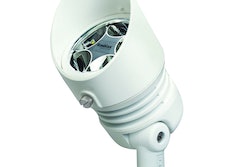 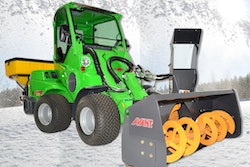 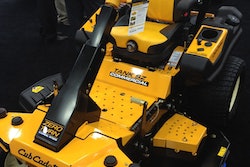