How To Buy the Perfect Backup Camera

Imagine backing out of a parking space in your favorite DIY mega store’s parking lot. You’re concentrating on not backing into the car across the lane, craning your head to see both side mirrors, when you hear and feel a crunch coming from the back of the truck.

You tagged another car because the big blind spot created by cargo in the bed prevented you from seeing a driver who decided to back out at the same time.

People back into things from time to time on the jobsite, in town, on vacation or even at home. It happens every day.

But the worst scenario is backing into or over someone because you didn’t have a clear field of view beyond the rear bumper. That’s why reverse cameras will soon be standard in all vehicles.

According to a recent report from the Insurance Institute for Highway Safety (IIHS), an estimated 292 people are killed and 18,000 injured each year by drivers who back into them, usually in driveways or parking lots.

Blind spots are the bane of anyone who drives a pickup or SUV. Add window tint, a bed topper to a pickup, or a load in the bed that obstructs the view out the back window, and blind spots further degrade job safety and impact the corporate bottom line.

Thankfully today’s high-tech electronics give vehicle operators in all types of work environments tools to provide a second, or even third set of “eyes” to help alleviate such problems.

Vehicle repair costs
Reverse cameras cost money, and prices vary widely depending on the quality and the type of monitor used and if the system is a stand-alone or incorporated into another electronics package. But they are nowhere near the cost of having on accident caused because such a safety system wasn’t in place.

“Replacing a basic chrome pickup bumper costs $500 or more even if you buy an aftermarket kit,” says Warren Spears, owner of Spears Auto Repair in Long Beach, Mississippi. “A tailgate will cost a customer between $800 and $1,000 with paint and emblems. Then consider the typical insurance deductible is $500 or $1,000.”

Spears’ repair estimates fall in line with data compiled by the IIHS, which reports more than a quarter of reported accidents happen when drivers are backing up their vehicles.

Even if damaged bumper, tailgate and quarter panel repairs aren’t made on a work truck, the cost of the damages still comes out from lost vehicle value at time of resale or trade-in.

Camera vs. sensors
Should you choose park-assist sensors or a rear-view camera? Seeing is far better than sensing.

Two IIHS studies earlier this year showed a camera reduces the size of the blind zone of a pickup by about 90 percent while sensors “had a small added benefit of 2 to 3 percentage points beyond the camera.”

Proximity sensors use either ultrasonic/radar or electromagnetic technology to warn of an object in their path. Their range is short and at times smaller objects, or flat objects on an angle away from the truck aren’t “seen” because the sound/radar waves aren’t reflected back to the sensors.

Cameras don’t suffer from those shortcomings. But for the driver to see, the camera has to be of good quality with the ability to provide a clear view at night (infrared) as well as daylight.

Look for a reverse camera that has infrared LEDs that automatically light up the area behind the truck after dark, and one that’s waterproof/weatherproof. The wiring should be equally waterproof, whether a fully wired system or a wireless variety.

What area the camera sees is also important: The best field-of-view is in the 120-degree range, with anything less being too narrow for a work truck and wider than 170 to 180 degrees too distorted.

The camera’s effectiveness is also dependent on the monitor; the larger and brighter the display, the easier it is to see.

Monitor or mirror system
The type of reverse camera system depends a lot on personal preference, how much you are willing to spend and ease of installation.

I like the ones built into the rearview mirror because it’s in a natural location where I look when backing up, it’s stealthy and it doesn’t take up any additional interior space on the dash or console.

Installation is a bit harder because the headliner has to be pulled loose from around the windshield to run the wiring. But once that’s done the new mirror slides into the same mount as the factory rearview mirror and no one knows the difference when looking inside your pickup.

If you like a screen larger than the 4.3-inch-wide version found in rearview mirrors, other camera systems offer either 5- or 7-inch monitors that can be used as stand-alone on the dash or the camera system itself integrates directly into the truck’s audio or audio/navigation system using the existing touch screen.

There are lots of camera mounting choices, from cameras designed to replace the OEM tailgate handle surround to ones mounted in the license plate frame to ones that can be mounted anywhere there’s a flat surface. (See sidebar “Tailgating camera mount.”)

The mounting location will have a lot to do with what camera you choose and how you intend to use it. Again, choice is personal preference. For example, if you want to use it to help line up a trailer on the hitch ball, the version mounted under the tailgate handle is ideal.

There are literally dozens of reverse/backup cameras and camera systems on the market including the ones in our roundup on the following pages. The better ones come from well-known brand names such as those who already make audio, radar and GPS systems.

No matter what style you select, having “eyes” in the back of your pickup will be a safety feature you will soon find invaluable. 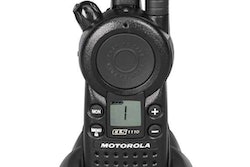 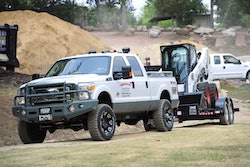 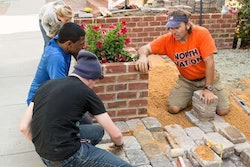 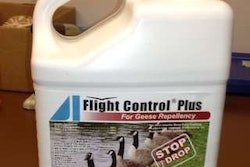