3 tips to become a modern leader

As anyone who has ever owned a business can tell you, being in charge and being a leader isn’t necessarily the same thing. When you’re running a company, it’s important to make conscious decisions as a leader that will not only enrich your firm, but also benefit your people.

In construction, reputation is everything, and good morale will only help yours.

It’s no secret that leadership has changed. In the past, if you were a firm, but fair, leader, that was enough. Today, that’s only part of the picture, as social scientists have discovered that developing your soft skills is not only beneficial, but also crucial to your success as a leader.

It seems the modern leader is expected to be a cheerleader, mentor and guidance counselor all in one — an exhausting proposition, for sure. You can’t be all things to all people and run a successful company, though, so here’s a few leadership lessons from the best of the best – Contractor and Landscaper of the Year finalists.

1. Surround yourself with experts.
Gene Lowder of Charles D. Lowder, Inc. in Winston-Salem, North Carolina, took advantage of the recession to cherry-pick additions to his staff. He chose personnel that was not only talented, but displayed the right level of dedication and attitude that enabled seamless integration into his company. This allowed him to avoid micromanaging employees and focus his concentration on other areas. Plus, he says, “it’s much easier when you put yourself around competent, qualified, motivated people.”

2. Think of your people as partners.
If you treat your employees like employees, they’ll act like them. Elevating them to a higher level of responsibility will enable them to feel as if they have a greater stake in the company than just collecting a paycheck. People who work for Vernnen Larman of Larman Construction in Garland, Texas, are empowered enough to feel ownership. Crew leader Patricio Rangel refers to the company as “our” company and the customers as “our” clients. He, like Larman’s other personnel, is invested in the company’s results.

3. Address your shortcomings.
You can’t expect your clients, vendors and workers to work on their weak spots if you aren’t willing to work on yours. For example, Terry Sims of The Garden Artist in Boise, Idaho, a finalist for the Landscaper of the Year program, knew when she started her company she had a time management problem. She hit on the unique approach of asking her accountant to work out a system for her, and now she knows exactly how much time she should designate to specific activities, and which items should be delegated to someone else.

No matter what leadership approach you take, incorporate genuine empathy, honesty and adaptability into the way you run your firm. Your people will recognize what you’re trying to do, and will appreciate the fact that you care about them and their well being. 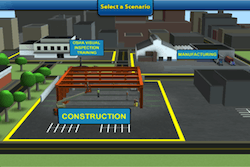 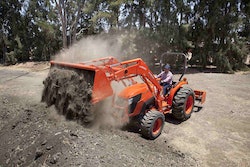 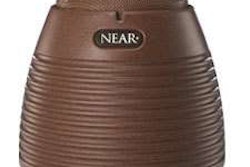 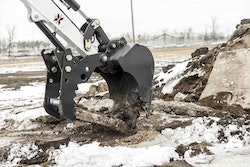