Is it Time to Invest in New Backhoe Models? 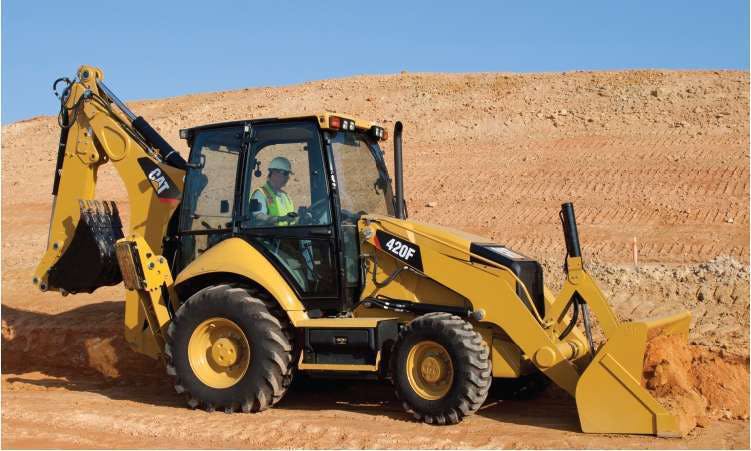 Sister magazine’s 2013 Equipment World Spec Guide had 10 new models of backhoes in the 14-foot and greater categories. This year, there’s only one new model. Since Tier 4 Final is set to come into effect next January 1 for most engines used in this backhoe size class, we wondered what manufacturers have done in addition to meeting these emissions regs. Is there a compelling reason for customers to invest in current models?

In response, all OEMs say they’ve gone way beyond the Tier 4 upgrade, making significant improvements to their large backhoes. Katie Pullen, brand marketing manager at Case Construction Equipment, summed it up by saying, “It’s actually a very exciting time in backhoe loader development. The market has remained strong as manufacturers have really stepped up their game in the last few years in terms of added features, capabilities and efficiency.” 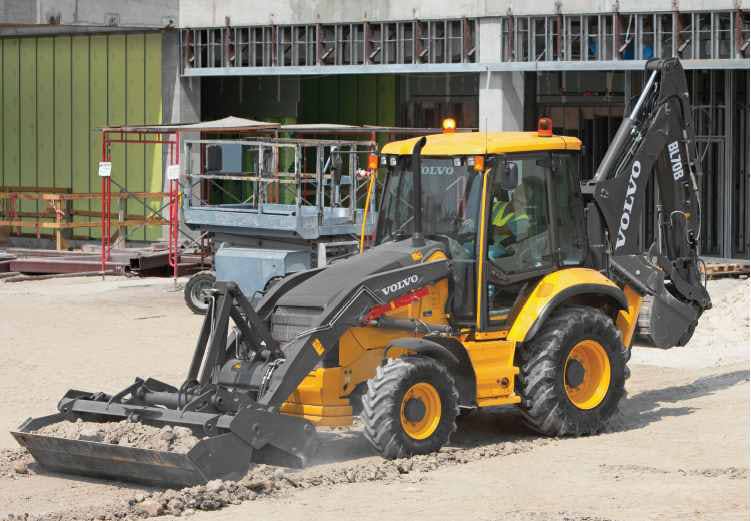 Ranging from 17,500 to 19,500 pounds, Volvo’s BL60B and BL70B backhoe loaders use a D3.8H four-cylinder 3.8-liter Volvo engine. The machines are fitted with two floor-mounted ergonomic levers, and feature a small turning radius, a narrow, tall arch designed boom and a one-piece chassis.

Much of what’s new relies on maturing electronics and advanced hydraulics. One example is a system to damp rocking-horse oscillations during lift and carry, increasing operator comfort and decreasing bucket spillage. Other examples include auto idle, auto shutdown, and multiple user-selectable work modes. Once offered only in larger machines, these features have come down to smaller models of all types of equipment. The net effect for customers is improved productivity and lowered costs. Reduced fuel consumption makes a big contribution to that cost reduction.

Understanding lower fuel costs
Features such as auto idle and auto shutdown can make a big difference in fuel consumption, but if your operators already use fuel-conserving practices—by minimizing idling time, for example—the impact of these features will be reduced. Work modes also help reduce fuel costs and it’s hard for even a good operator to replicate the effect of work modes through careful operating practices.

Some manufacturers’ comparisons of fuel consumption are overall numbers of a new machine compared to its predecessor. Some are numbers for specific applications or may be comparisons to competitors’ machines. There is no construction equivalent to the EPA’s test cycle for determining mileage in passenger vehicles, so it’s up to customers to understand the numbers offered by OEMs. It’s not that manufacturers are being deceptive, but in the absence of standardized reporting they’re free to present numbers as they wish.

JCB is among the companies offering big-picture fuel numbers for all the models it makes, including backhoes. “By early next year we will have saved our customers a staggering 264 million gallons of fuel,” says Tim Burnhope, JCB’s chief innovation and growth officer.  “The machines that we sell in 2014 alone will help our customers to save 80 million gallons in their first year of use, when compared to the machines that we were selling in 2010.”

JCB’s 3CX backhoe loader from 2010 consumed about 2.3 gallons per hour. In current 3CX ECO models, the number is about 1.6 gph. Part of the improvement comes from JCB’s Ecomax engines, which have been optimized for Tier 4 Final. Part of it comes from electronic control systems. EcoDig harmonizes output from three hydraulic pumps to maintain performance even at lower engine speeds, delivering up to 15 percent fuel savings. The TorqueLock feature of the EcoRoad mode provides a 25 percent fuel savings when roading in higher gears, an example of savings cited for a specific application.

More tools
To further expand the versatility of what are already versatile machines, backhoes are designed to integrate better with an ever-expanding list of attachments. This allows backhoe loaders to do jobs once assigned to mid-size excavators. “In comparison to an excavator, a backhoe loader does significantly less damage to the ground, is more maneuverable, is easier to transport, and still gets the lifting capacity of about a 7-ton excavator,” Pullen says. 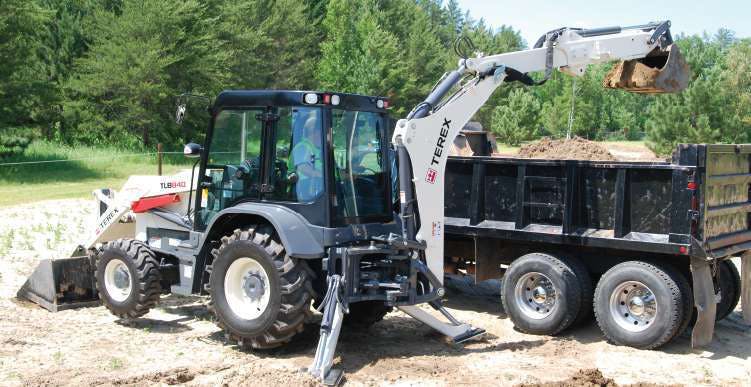 The Terex TLB840 backhoe loader has a Tier 4 Interim Perkins 1204E-E44TA engine and an optional 4-speed servo power synchro transmission with automatic shifting. The machine has a curved boom design to provide greater clearance, a dig depth of 14 feet 9 inches and a hydro mechanical self-leveling feature to avoid spillage.

Caterpillar is among the manufacturers improving the interface between the loader and the tool. Kevin Hershberger, senior marketing professional for backhoe loaders, points out that this year Caterpillar added a factory-installed hydraulic quick coupler for backhoe work tools, Caterpillar’s term for attachments. The new coupler minimizes the effort and time required for an operator to exchange work tools. The Dual Lock coupler design delivers improved job-site safety by locking the front pin in place automatically when the tool is engaged. In addition, the sliding wedge coupler is self-compensating for pin wear to ensure that the work tool is retained tightly with no looseness in the pin joints. This feature helps deliver enhanced grading capability when precision is required.

Some attachments were taken from skid steers’ repertoire, such as brooms. “Brooms and grapples are especially popular with municipalities,” says Louann Hausner, product marketing manager for backhoes and track loaders at John Deere. “With these tools a backhoe can be very effective in such applications as storm cleanup.” Deere is among the OEMs providing quick couplers on both ends of backhoe loaders; Deere offers them on all models. K-Series machines have a single loader lever with integrated electrohydraulic loader controls allowing a single lever to control a multi-function bucket.

Efficient operation of this expanded range of attachments requires that backhoes be designed for attachment use. Engine and hydraulic systems must complement one another. Extracting power while meeting emissions standards and improving fuel consumption requires sophisticated engine design. Andy Capps, backhoe product manager with Volvo Construction Equipment, says techniques to accomplish this include common rail injection, higher injection pressures, and injection mapping. Volvo also added Smart Hydraulics that are load-sensing and provide up to a 30 percent increase in efficiency over previous backhoe models. They have a flow-sharing main valve that maintains balance when multiple circuits are operating simultaneously.

Not all attachment-related improvements are high-tech; some are basic design elements to accommodate the stresses created by attachment use as well as from digging, loading, and lifting. JCB uses keyhole castings on the 3CX to relieve stress at the end of the boom cylinder by distributing cylinder forces through the core structure of the boom. The main frame and rear frame form a fully welded unit to cope with high digging loads. The boom and the dipper are heat treated to relieve stress on the excavator end and have extra plating on their ends.

Volvo has similarly beefed up their backhoes. They offer a lifetime frame warranty that covers the main frame, the loader arm assembly, and the backhoe boom and stick. The warranty is available to the original owner and is non-transferrable.

Buy now or wait?
Emissions compliance comes at a cost for development and for the hardware needed to meet tougher standards. “Case has not yet introduced its Tier 4 Final models or pricing,” Pullen says, “but it’s reasonable to believe that most manufacturers will implement some level of increased pricing to account for the cost of the technology and the materials that go into it. So one compelling reason to invest now is that you know what the cost of a backhoe is right now, but you don’t know what the cost of the new models will be in 2015. On the other hand, new backhoe loaders will be engineered with new features and components that help offset any price increase.” 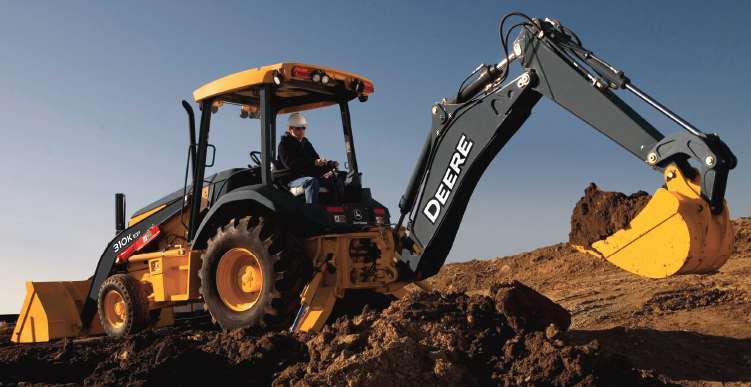 The John Deere 310K EP backhoe loader is powered by a Deere PowerTech engine, meeting Tier 4 Interim regulations without aftertreatment components and diesel particulate filters. A single loader lever with integrated electrohydraulic auxiliary loader control eliminates the need for a second lever. The cab has been completely redesigned with a ventilation system that circulates cab air from front-to-back, directing airflow where it is most needed.

Jon Beckley, global product manager for Terex, says Tier 4 Interim has driven some cost increases in machine purchase price; however, it has also driven fuel savings and increases in torque to improve machine productivity. The list of features introduced by Terex concurrent with Tier 4 development is lengthy. Examples include an optional 4-speed servo power synchro transmission with automatic shifting, a curved boom for more clearance to reach over obstacles, a high-torque slew system for easier backfilling and slewing uphill, a return-to-dig feature that reduces cycle times, a hydro-mechanical self-leveling feature that allows for load retention at full height, a hydraulic unload button that controls the loader’s lift speed and boosts the machine’s pushing performance, and a boom and swing locking system activated with a touch of a button. These features are on the latest Terex models, including the TLB840.

Hershberger says Tier 4 is just the latest discussion in an ongoing debate. The conversation regarding the best purchasing strategies is timeless. Some choose to purchase the tried-and-true model with a strong, established reputation in the market, while others prefer to be early adopters of the latest machine developments. Proponents of each approach can list multiple compelling reasons to justify their choice, and undoubtedly each can cite historical situations where their strategy worked out successfully. Normally the clearest perspective only comes through hindsight, looking back at the resultant impact. “The unknown factors are what keep us all working to improve, whether we’re manufacturers or customers,” Hershberger says.

In the long view, however, Tier 4-compliant machines may become necessary simply to get work. Once confined mainly to non-attainment areas where air quality was closely monitored, current bid requests and contracts often require contractors to use equipment meeting the latest emissions standards no matter where the work will take place. “Where local authorities require the latest emissions-standards-compliant machines on site, contractors find Tier 4 Interim backhoes essential tools in order to bid on projects,” Beckley says. 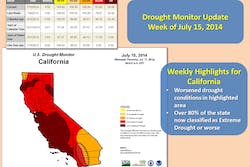 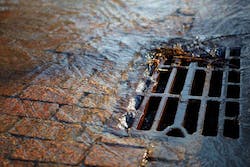 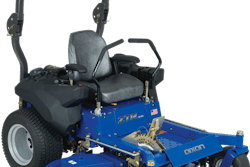