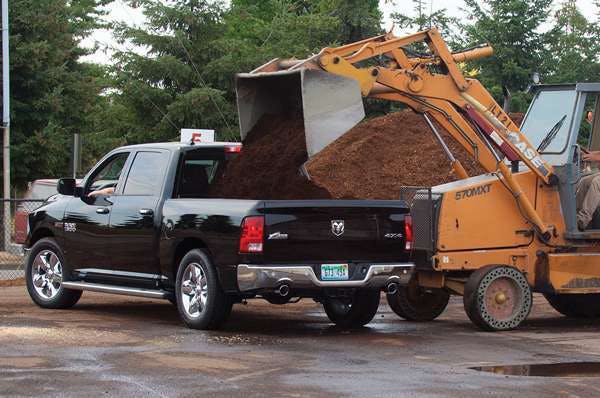 If 2015 is the year for you to slide into the driver’s seat of a new truck, the timing couldn’t be better: It happens to be the year when all the pickup manufacturers have made significant additions and/or upgrades to their model line-ups, bringing in the latest in technology and design, upping the performance bar in fuel economy, towing and hauling capacity, ride and handling.

Those stepping out of pre-2008 trucks will be pleasantly shocked at how much better the new models are in every aspect, while those moving from trucks only a year or two old will find the changes in some 2015s of similar make/model worth making the switch.

The new year also brings another bonus in some new pickup shoppers’ minds: trucks that brought in brand new technology last year have gone through their teething period so any production bugs have been worked out, making the 2015s less prone to any mechanical issues that seem to arise on “first” models.

What are the best new pickups out there?

Die-hard brand loyalists will always think any model of what they currently drive is best. But to give you an idea of what we think are trucks worthy of a really close look, we’ve highlighted some of the stars of the 2015 line-up below. Taking the time to test drive them will shed a lot of light on how far along technology has advanced the most valuable tool in the landscaper’s inventory. 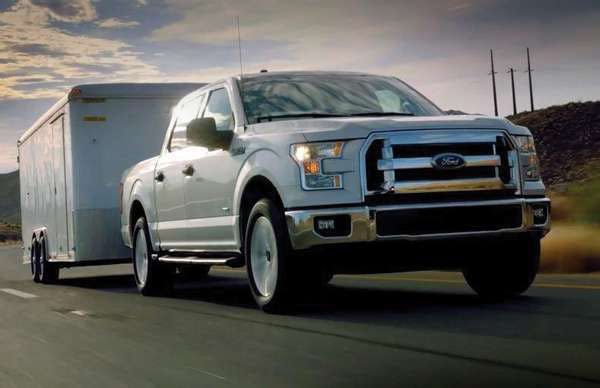 Super Duty: A refreshed, second-generation 6.7L, now making 440 horsepower and 860 pound-foot of torque, the addition of the wide-track F-350 Tow Boss with 26,700-pounds max towing capacity and a new F-450 with a GCWR of 40,000 pounds (rating not SAE J2807 compliant) put a new definition to work truck. Better fuel economy, stronger engine braking and higher capacities are complimented by the addition of the premium Platinum trim package. 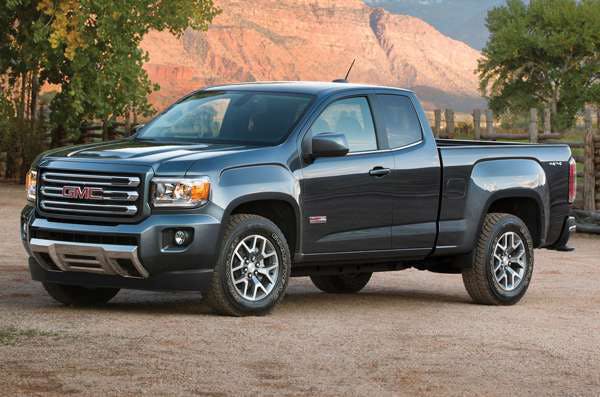 Colorado/Canyon: They’re back. After stopping production back in 2012, GM once again enters the mid-size pickup market with an all-new Colorado/Canyon. GM claims class-leading power, fuel economy, towing and payload numbers with a choice of a 200-horsepower 2.5L I-4 or the optional 305-horsepower 3.6L V-6. Interior and exterior take strong styling and technology cues from the 1500s. A 2.8L Duramax diesel is slated for late 2015 models. The new pickups will come with an extended-cab model with a 6-foot bed, a crew-cab with a 5-foot bed or a crew-cab with a 6-foot bed.

Silverado/Sierra 1500: Although the looks and engine options of the 2015s haven’t been changed from the redesigned 2014s, the 1/2-tons have seen a slight drop in towing capacity as GM adopts the SAE J2807 tow rating standard. They still have the highest conventional tow ratings without the need for a weight-distributing hitch, some of the best fuel economy numbers and the biggest V-8 offering with the 420-horsepower 6.2L EcoTech mated to the new Hydra-Matic 8L90 eight-speed transmission. The new 1500s interior is quietest in the pickup segment. Both CNG and bi-fuel models available.

Silverado/Sierra HD: Adopting the same style beds and cab design as the new model 1500s, new grilles, bumpers and hoods – and J2807-compliant conventional tow ratings that don’t require the use of a weight-distributing hitch – GMs 2015 heavy-duty pickups are a big step up over last year’s models. The refreshed-and-refined HDs are far quieter inside than the 2014s, with improved engine cooling and the highest conventional tow rating in the class at 19,600 pounds. Big changes in the Duramax are expected in the 2016 models. 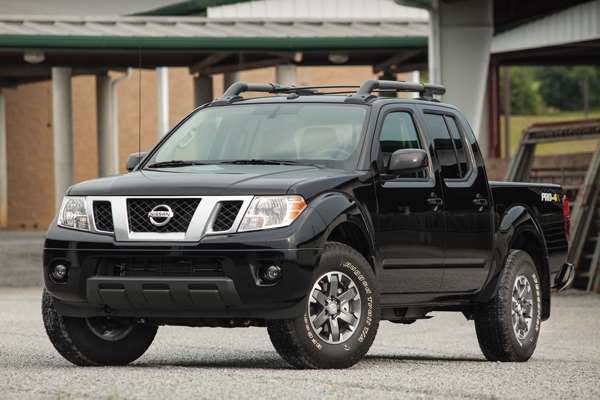 NISSAN
Frontier: One of the long-standing mid-size pickups, the 2015 model remains nearly the same as the 2014s with the only change being a new color (Artic Blue). While most manufacturers have gone exclusively to automatics, Frontiers with the 152-horsepower I-4 can still be ordered with a six-speed manual while the 261-horsepower V-6 models have option of five-speed automatic or six-speed manual trans.

Titan: Nissan’s Titan has kept low-key since it’s introduction in 2004, with very little changes during the years including 2015. The new model has minor interior changes to door panels and materials over the 2014s and two new colors: Artic Blue and Magnetic Black. But at some point next year, the Titan will get a significant refresh along with a 300-horsepower Cummins V-8 diesel option. It may be a 2015 but will be most likely sold as a 2016. The new diesel, which is said to get 20 to 40 percent better fuel economy than the current 317-horsepower 5.6L gas engine, would be the first diesel V-8 offered in 1/2-tons this decade. 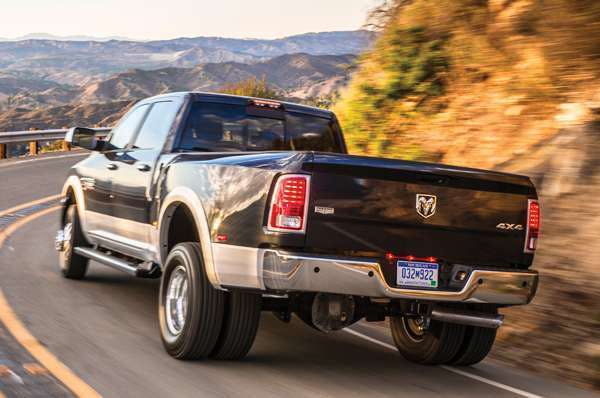 RAM TRUCKS
Ram 1500: Ram Trucks’ best seller had a major re-do in 2013, so 2015s will only see minor changes since it just rec’d the new interior, base Pentastar V-6 and 8-spd auto. (A major refresh is scheduled for the 2017 models.) If fuel economy and light-duty towing are landscapers’ key buying points, the Ram 1500 EcoDiesel is a strong front runner. The 240-horsepower 3.0L V-6 diesel gets better than 28 mpg on the road and enough torque to the eight-speed automatic to easily handle 5,000-pound trailers. Ram is the first automaker to adopt the Society of Automotive Engineers J2807 standardized tow-rating practices across all three full-size pickup truck segments. Ram’s 1/2-tons lead the class in multiple categories for fuel economy and power.

Ram HD: Little changes with the towing leaders of the Ram Truck brand in 2015 with carry-over from last year. Ram says their 3500HDs have the highest tow ratings in the market at 30,000 pounds using SAE J2807 testing standards. The 2015 6.7L Cummins I-6 turbo-diesel is the first diesel engine to be certified by the California Air Resource Board to meet or exceed the stringent Low Emission Vehicle III standards. The HDs got the new 410-horsepower 6.4L Hemi in 2014, which is a good option for those not wanting the diesel option. When it comes to the best factory 4×4 pickup on the market, the Power Wagon is far-and-away the king with electronic locking diffs at both ends and loads of suspension travel. 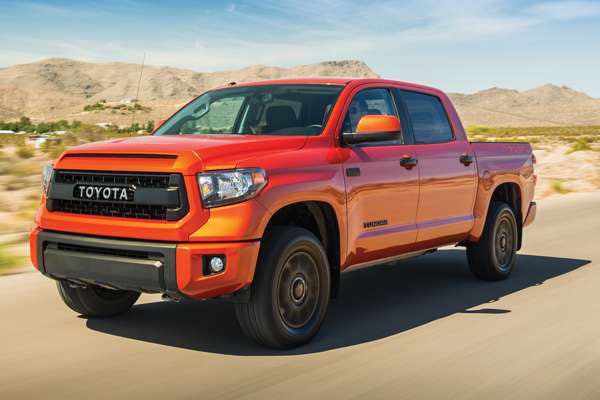 TOYOTA
Tacoma: Mostly minor cosmetic changes in 2015 including the introduction of the TRD Pro series model that features the company’s racing division’s adaptation of more robust suspension components to the popular 4×4 Access- and Double-Cab V-6 models. Toyota led the mid-size pickup class in power and fuel economy, but the new Colorado/Canyon looks to change that title. Toyota is gearing up for the next-generation Tacoma, which is expected to be coming in 2016.

Tundra: Like with the Tacoma, Toyota seems content to not make any big changes to their full-size pickup for 2015. That’s because 2016 is big year for Toyota as both pickup models will get a complete makeover including the addition of the 300-horsepower Cummins 5.0L V8 turbodiesel for the Tundra – the same engine that will be powering the 2015 Nissan Titan pickup. As for this year, Toyota has added the TRD Pro Series to the 2015 lineup. The 381-horsepower 5.7L Crewmax 4×4 TRD Pro is outfitted with cat-back exhaust, special graphics, TRD-tuned 2-inch suspension components with Bilstein shocks and special 18-inch wheels in Michelin tires. It’d be a good landscaper’s work truck and weekend driver. 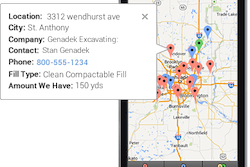 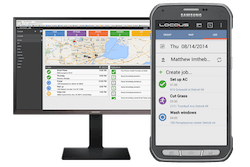 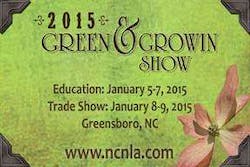