About this time every year, we’re bombarded with advice about how to dress warm—layers and all that. Articles about avoiding cold weather injuries abound.

Landscapers still have to get their work done when the temps fall. And that’s why everybody in this industry needs to be aware of a rarely discussed hazard of cold weather—the fact that it makes you dumb.

The scientific term for this is hypothermia. Prolonged exposure to cold causes your circulatory system to move blood from just under your skin to the inside of your body to keep your vital organs functioning. Unfortunately, your body doesn’t consider your brain to be all that vital.

Nature figures it’s more important that your heart keeps beating than it is to do addition in your head. Your brain gets less blood, which means less oxygen, and you may temporarily lose a few IQ points.

This isn’t as dramatic as frostbite (which is actually rare) but it’s no trivial matter, even if you’re a big, burly dude who thinks he can bulldog his way through anything. And unlike frostbite, hypothermia is hard to detect–especially if you are the one suffering from it.

Here are symptoms of different stages of hypothermia, according to the Mayo Clinic and the American Academy of Family Physicians:

You may look OK. You may think you’re OK. But you are not OK.

Read any of the popular mountaineering books, especially the ones about Everest, and other peaks in the Himalayas and you’ll find plenty of real-world confirmation about the dangers of hypothermia. Given prolonged exposure, even professional, experienced, well-conditioned mountaineers start exhibiting the mental acuity of kindergarteners.

Rescue personnel will tell you the same thing. Perfectly normal weekend hikers get lost in the woods, spend a cold night out and then start wandering in circles like dribbling idiots. Cold makes you dumb. Proven fact.

Fifteen minutes in the cold is probably good for you, bracing in fact. But five hours, without a warm up? That’s dangerous. Ask yourself: do you want your landscaper working on site with powerful and dangerous equipment when hypothermia strikes?

So if you’re working in this winter’s icy grip and you’re concerned about safety, be aware of the dangers of hypothermia. And keep in mind it doesn’t have to be bone-chilling cold to give someone hypothermia. Many people have contracted hypothermia in temperatures above freezing. It all depends on how long you’re exposed, what kind of shape you’re in and how many calories you have left in the tank.

So if you’re out in the cold, do all the preventive stuff, dress appropriately, etc. But also think about scheduling less challenging work. When working outside, think about what you’re going to do before you do it. Double check procedures, work with a buddy. Take warming breaks and remember, in six months it will be hot as blazes. 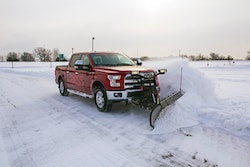 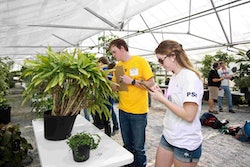 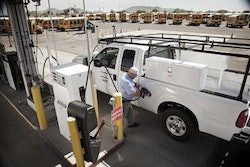 Should you use alternative fuels for your fleet? 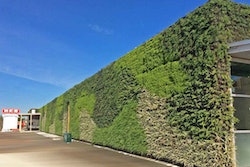