In many parts of the country, spring will soon reveal significant damage to landscape plantings. “Many factors contribute to how a plant is affected by winter,” says Brian Hudelson, director of the Plant Disease Diagnostics Clinic at the University of Wisconsin-Madison/Extension. “Plants that are marginally winter hardy to a region, stressed by disease or drought or that were newly planted typically are more vulnerable to winter injury.” Here’s how to handle common issues now and prevent damage next year:

Winter burn often appears when plants begin to break dormancy. All types of evergreens are affected such as rhododendron, yew, holly and boxwood. “The browning starts at the tips and works back,” says Josh Kane, president and head designer of Kane Landscapes, Inc. in Potomac Falls, Virginia. “We usually see it on newly transplanted trees because the root system isn’t established yet, but all evergreens can be affected.”

Many factors contribute to winter burn. “Evergreens are physiologically active during the winter,” says Hudelson. “If they didn’t get enough water in the fall or if the roots cannot pick up water from frozen soil, water leaves the plant faster than it’s taken up.” Wind also contributes to desiccation, as well as daily heating/freezing cycles with sunny days and cold nights.

Don’t prune too early or aggressively, which leaves an unsightly hole. Be patient; in many cases, new growth pushes out dead tips by late spring. “Explain to the client that it’s best to wait it out,” says Kane. “Many plants recover. But if a tree died back more than a year’s worth of growth or is oddly shaped after pruning, it may need replaced.”

For prevention, mulch new evergreens and water them until the ground freezes or significant snowfall occurs. While many companies apply anti-desiccant sprays, some experts believe these compounds have limited effectiveness, says Hudelson. A better choice: Shield new transplants with a barrier of stakes and burlap. Avoid wrapping trees snugly with burlap, which provides an ideal environment for disease.

Frost heave occurs when freeze-thaw cycles push shallow-rooted plants out of the ground. It often happens when plants are installed too late in the season so they don’t develop adequate root growth. Generally, perennials such as Heuchera, Shasta daisy, dwarf butterfly bushes and overwintering pansies are affected. “Roots are exposed to air temperatures, which are much lower than the soil temperature, so the roots suffer from cold injury and the plant dies,” says Hudelson.

Solution: Try replanting, though many of these plants won’t survive. Next time, plant earlier in the season so plants develop strong root structures, and add mulch to help maintain more constant soil temperatures.

Identify the culprit. “Deer lack upper teeth so they bite and twist so branches appear frayed on the ends,” says Stephen Vantassel, program coordinator for Nebraska One Health at the University of Nebraska-Lincoln and the Internet Center for Wildlife Damage Management (ICWDM). “Damage can be up to about 6 feet off the ground.”

The most common smaller critters for winter damage are rabbits and squirrels, which clip plants off neatly. Rabbits also gnaw on the base of shrubs and trees such as maple up to about two feet high. The other big perpetrator is voles, which burrow just under the snow and gnaw on turfgrass, leaving tunnels of dirt atop the ground when snow melts.

Many plants, including turfgrass, recover. “It’s like a bad haircut. All you can do is wait it out,” says Kane. Hollies and laurel typically grow out in one season; arborvitae are slower to recover. Evergreens that had the bottom branches decimated may need replaced. Trees that had 50 percent girdling of the trunk from gnawing may survive, but full girdling means the tree likely won’t make it. Many shrubs eventually recover.

In the future, fencing is the best solution for excluding deer. Repellents work about 60 to 80 percent of the time. For smaller critters, erect a three-foot-tall fence around plants. There’s not much you can do about voles but trap them; killing grubs in the turf won’t help because voles are vegetarians, says Vantassel. For new plantings, select plants that are less appealing.

Damage appears as brown needles, leaves with burnt-looking edges or branch dieback. Salt injury is tough to diagnose as it mimics other problems such as drought stress; the key is the location of damage. “We’re seeing a lot of turfgrass that’s burnt this year,” says Joe Markell, president of Sunrise Landscape + Design in Sterling, Virginia. “It’s along roadways, walkways and where snow is pushed during removal.” It’s also seen on plants where salt spray splashes up from passing cars.

For dead turfgrass, reseeding is not effective, says Markell. Instead, remove a few inches of soil, replace with fresh soil, and sod. Water heavily around root zones in planting beds where salt-laden snow was piled. Amend soil in affected areas to help plants recover.

For prevention, plant salt tolerant plants such as white oak, red oak, junipers and roses. When designing landscapes, especially for commercial properties, plan a place where snow can be deposited without damaging plants such as a mulch bed, says Markell.

Bending or breakage is due to heavy snow, ice or high winds. Upright evergreens, such as arborvitae or juniper, and some deciduous trees, such as river birch or Japanese maples, are affected.

Prune broken limbs for a clean cut to reduce the risk of disease. Many drooping branches heal themselves, though it may take months. You can also try to stake and tie branches to help the tree realign itself, but remove the ties as the tree grows to avoid girdling. In some cases, if the central leader is broken, the tree may need to be replaced, says Kane.

To avoid future issues, advise clients to gently scoop or sweep snow off drooping branches; avoid shaking which can cause breakage. 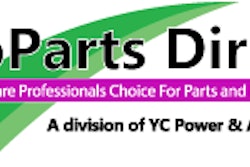 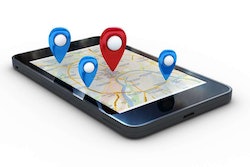 Technologies to help you run an efficient landscaping business 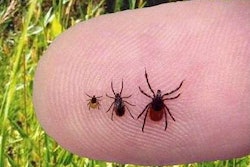 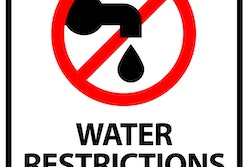