Florida residents deal with lawsuits from HOA for landscaping choices

Florida residents who are trying to conserve water by changing their landscaping are having their efforts impeded by homeowner association (HOA) lawsuits.

One man, Dominic Bruno, has been battling for a Florida-friendly lawn for six years. Thus far that fight has resulted in two lawsuits and $15,000 in court expenses.

It started in 2009 when he tore up his St. Augustine grass and replaced it with a layer of mulch worth $780. His low-maintenance landscaping strategy called for planting different types of grass and other plants that do not use as much of Florida’s limited supply of fresh water.

The first lawsuit came after Bruno had sent five e-mails requesting permission from the HOA to plant a Florida-friendly lawn. Receiving no response, he went ahead and tore up his lawn. The HOA promptly sued him for failing to obtain approval. Bruno won the case, albeit at the price of $15,000. At one point during the dispute, the organization told Bruno it was going to re-sod his lawn at his expense.

In 2000, the Florida Legislature passed a bill allowing residents to install landscaping that conserved water, regardless of association requirements. The law made it illegal for HOAs to prevent the installation of such landscaping but offered little clarity on the broader questions involved in such disputes.

Another problem confronting homeowners wishing to switch to this landscaping is the fickle nature of their HOA’s standards. Bruno told the Tampa Bay Times his HOA’s requirements are not clearly defined, nor are its prohibitions. The rules are also subjective, he says.

“It’s like punching Jell-O,” Bruno said. “With no specifications, they can hold your feet right to the fire.”

When things end up going to court, the legal costs can quickly climb into the tens of thousands, prompting many homeowners to give up on the case for the sake of their mortgages, especially in light of the added risk of having to pay the HOA’s legal fees if one loses the case.

“When you tell people they need to spend $100,000 or more to fight for their plants, they give up – and that’s the sad part about it,” says Barbara Stage, an Orlando-based lawyer. “We’re supposed to be saving the environment and people are giving up because they’re being bullied into spending tons of money.”

She believes the associations should clarify what steps homeowners should take when their applications are denied.

“If justice depends on what you have in your wallet, then you don’t really have justice,” says Jan Bergemann, an advocate for finding a solution to the state’s HOA issues.

Bruno’s lawn is still mulch for now, despite his association’s threats to remove anything he plants and charge him. Right now, Bruno has more important things to worry about: His wife has terminal cancer. 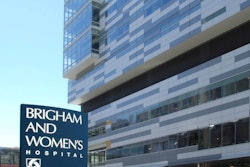 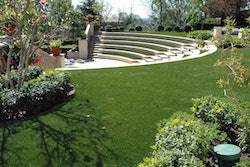 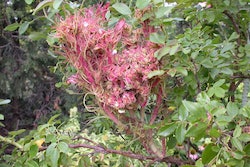 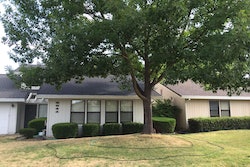