What better way to gauge the industry’s well-being than an unhurried discussion with landscaping company owners from virtually every region of the United States? In this case, however, because the conversation was with the board of directors of the National Hispanic Landscape Alliance (NHLA) – or most of the organization’s board – the companies represented at the table were all sizable and successful.

From Houston to Chicago, California and Denver to cities up and down the Atlantic Seaboard, at the companies run by the one woman and several men interviewed as GIE+EXPO was wrapping up Friday in Louisville, Kentucky, business has been good this year.

And while naturally they’re focused on management issues facing the Hispanic-owned firms NHLA represents, make no mistake: Most of the same challenges face all landscape contractors every day.

After nearly 72 hours of running nonstop at the green industry’s largest trade show, board members were anticipating returning to their respective businesses. All were upbeat about their organization’s accomplishments during the 2015 show but also candid about what’s not coming up roses for the industry.

Labor-force issues topped the list of concerns, as they do for the industry as a whole.

For the woman present, Mari Medrano Mejia, director of human resources at Denver’s CoCal Landscape, a company her father, Jesus “Chuy” Medrano, founded in 1992, summers spent working (in the field) for her Dad in the late ’90s led to a career in the business.

Mejia’s passion about supporting the advancement of Latinos in the United States, coupled with her engagement with NHLA’s Washington lobby, has made her more expert than most on the federal H-2B program, a concern shared by many non-Hispanic-owned landscaping contractors.

Under the H-2B program, people are allowed to come to the United States as “non-immigrant workers.” They can stay a maximum of one year (although it usually ends up being closer to 10 months), with two one-year extensions possible before an H-2B worker is required to leave the United States for at least three months.

Mejia’s expertise helps explain why she oversees human resources at CoCal. The company uses the program routinely in sourcing labor.

“Helping H-2B workers and their families” is fulfilling, she says.

Yet, it’s another labor issue, and one much closer to home, that most concerns the first-generation American: She worries that her own children and their Latino peers will never seriously consider careers in landscaping.

For them, it carries a stigma of sorts because Latino workers have long comprised a disproportionate share of the country’s landscaping workforce.

That challenge, too, translates easily to non-Hispanic companies, some of which have taken to leaving circulars on college campuses and at high schools, in addition to participating in traditional “career day” school functions, to attract young people to the business.

Horticulture and landscape architectural curricula help feed the mid-level and upper ranks, but the most pressing need is always for competent people in the field. They, after all, are the ones who actually accomplish the projects depicted in landscaping companies’ portfolios.

Board member Iván Giraldo, who founded Clean Scapes in Austin 10 years ago, has been a landscaper for nearly three decades. His company specializes in constructing and maintaining landscapes for commercial clients throughout central Texas.

Listening to Mejia’s remarks about young Latinos in the United States seemed to make him pensive for a moment and he shook his head.

Landscaping companies, he said, offer young people an opportunity to learn a business that, done right, “can be very lucrative,” Giraldo said.

True, the best way to learn the business is in the field, where the work is routinely hot and often hard. That may account for why many young people shy away, but Giraldo believes they should think twice.

If someone does good work consistently and maintains the highest ethical standards, he says, “they can make a lot of money” as a landscaper.

That’s certainly true if one builds a company like Clean Scapes, which, in addition to its headquarters and a second operation in Austin, has offices in Dallas and San Antonio.

Giraldo has been a strong supporter of NHLA’s education programs. The organization played host to a half-dozen workshops at the 2015 GIE+EXPO alone.

NHLA also held a dealer breakfast this year, scheduling it on Wednesday against the advice of some members, who wanted to allow another day for dealers to arrive.

“We filled it up, though,” said a smiling Ralph Egües Jr., the organization’s executive director. “The manufacturers aren’t advertisers with NHLA; they’re members. It has been a really good partnership.”

While business issues such as finding and keeping good people are the same for everyone, Hispanic-owned firms undoubtedly face some challenges other companies don’t.

Last year, Latinos or Hispanics born outside the United States accounted for 48.3 percent of the total foreign-born U.S. labor force, according to the Bureau of Labor Statistics. However, among Latinos working for U.S. landscaping companies, Egües said, about 80 percent are foreign-born.

He’s hopeful all landscaping companies will look to NHLA for help in working productively with Latino individuals and helping newcomers to America manage the transition. In fact, this year’s educational offerings from the National Hispanic Landscape Alliance included a course titled “Building Business by Developing the Latino Workforce.”

Egües gestured toward the dozen or so highly successful Hispanic landscape contractors sitting around the table. “This is a great industry,” he said, “and we’re glad that every year more and more people who stop by our booth at GIE+EXPO already know who we are.”

With its ongoing “Train the Trainer” programs and a vigilant eye on Washington, NHLA is focused on helping Hispanic landscape contractors prosper, Egües says, “but also the industry as a whole.” 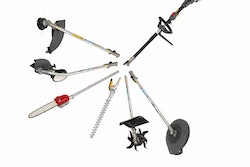 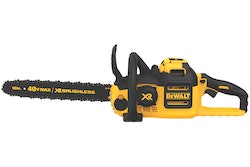 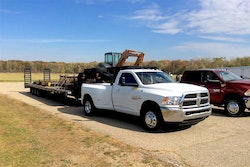 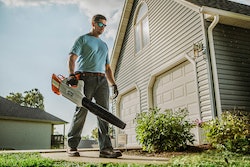