Nissan Titan and SEMA collaboration results in one tricked out truck

A retrofitted 2016 Nissan Titan XD that was the result of an extensive collaboration and record-breaking measurement session will be showcased next week at the Specialty Equipment Market Association (SEMA) Show in Las Vegas.

“The Titan will be front and center in the Grand Lobby of the SEMA show,” said Mike Spagnola, SEMA vice president of OEM & Product Development Programs.

The modified truck, a project between Nissan and dozens of SEMA members, is one of three Titan XDs that will be featured at the four-day event, which begins Tuesday and is expected to draw over 100,000 trade specialists at the Las Vegas Convention Center.

In April, over 100 SEMA members representing 70 aftermarket companies had access to the latest measuring tools as they looked over the Titan on a lift in SEMA’s new garage.

“Having the SEMA Garage facility has really allowed us to expand on measuring sessions,” Spagnola said. “The tools we have such as the FARO Edge ScanArm HD have opened up new opportunities as well.”

Auto manufacturers normally provide vehicles to SEMA so that its members can make measurements and produce aftermarket parts and accessories for consumers.

In this case, Nissan gave SEMA members access to the Titan only three months after its global reveal.

“Having early access drives the aftermarket,” Gale Banks, president and founder of Gale Banks Engineering, said in a Nissan produced video of the measurement session. “If the OE works with the aftermarket, it drives sales in both market places.”

Dubbed Measured for Success, the heady session grouped Nissan engineers and technical staff with SEMA members who are regarded as the best and brightest in the automotive aftermarket parts industry. The collaboration allows for aftermarket parts to be available to consumers before the Titan even arrives on showroom floors.

“The Nissan Titan XD Measured for Success build is the first to showcase how effective measuring sessions are in driving a wide range of aftermarket products to market faster than ever before,” Spagnola said.

Nissan will also bring to the SEMA show a Titan XD Platinum Reserve, featuring components from the company’s own 50-plus piece accessory line-up. The truck’s gooseneck hitch will be hooked up to a trailer carrying a unique Cummins Project Titan XD.

Members of the Titan truck team will be on-hand, along with other Nissan staff from around the world. 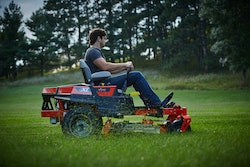 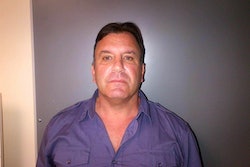 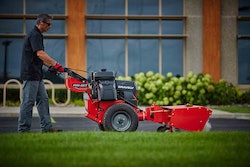