Ed Malzahn, founder of The Charles Machine Works and its iconic Ditch Witch brand, has passed away at the age of 94. Armed with a mechanical engineering degree, in the late 1940s, Malzahn began investigating a better way to install residential utility services, which then involved slow pick-and-shovel labor. Both he and his father, Charles, spent months working in the family’s Perry, Oklahoma, machine shop to create the DWP, or Ditch Witch Power, prototype.

At 28, Malzahn saw the realization of his dream, the first production trencher, a mechanized, compact service-line trencher. Today, more than 1,300 employees “bleed orange,” as the company describes the fierce loyalty of its personnel, producing a variety of underground construction equipment, from trenchers to vibratory plows to horizontal directional drilling systems. Twice Malzahn saw the Ditch Witch compact trencher named “one of the 100 best American-made products in the world” by Fortune magazine.

After Malzahn handed CEO duties over to his granddaughter, Tiffany Sewell-Howard, in 2003, Equipment World sat down with the two. You can read the full interview here, but we wanted to highlight a few statements Malzahn made during our time with him that illustrate the reasons behind the outpouring of comments in social media since the company posted news of Malzahn’s death on its Ditch Witch Facebook page this past Saturday.

Asked about the difficult downturns the construction and telecom industry had gone through, Malzahn said, “As we go through cycles, my main concern is not the business per se, but the lives of the people we affect. And communicating that to those who have not been through a downturn before is part of the challenge. We have a major responsibility to our employees because there are not a lot of other opportunities in this part of the country.”

When we asked how the company maintained its family culture, Malzahn pointed out, “We’re in a small community of 5,200. We’re the employer of the community and we have the consistency of a relationship and so it becomes a question of how do you keep continuity among the family. It developed naturally; it isn’t something we had to impose.

“I was lucky from the beginning to be with some excellent, talented people,” Malzahn continued later in the interview. “They laid the foundation of this company. And being a bit naïve, we did things we probably couldn’t have done if I had to answer to somebody higher up … I just have to give credit that the Lord has shoved a lot of great people in my direction.” 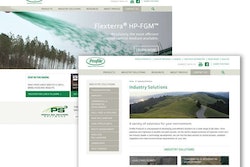 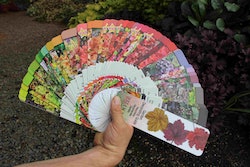 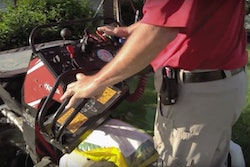 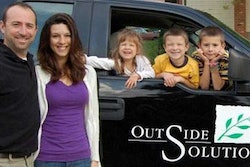