Landscaping was not John Russell’s first passion, but the winding path that led him to landscape architecture still influences his work today.

Originally, Russell had wanted to be a brain surgeon, but after struggling through his classes he knew he wasn’t going to make it in medical school. When he graduated from Vanderbilt University in 1984 with a degree in neurophysiology, Russell returned to Birmingham, Alabama, and got a job in the nursery industry.

“I had no real interest in it,” he said. “It was just a job working at a nursery.”

A film course had piqued his interest while at Vanderbilt, so Russell decided to move to Southern California, where he tried and failed to get into film school. Instead, he picked up a job working at Universal Studios on the backlot finding stuff that could be used for various sets.

One day when Russell was visiting Birmingham, he was with a friend on Highland Avenue when it dawned on him that it all looked like a set.

In 1996, John Russell Landscape Architect was launched solely as a design company, doing mostly institutional work. Russell worked at Masonry Arts blast proofing buildings at the same time to support his growing family, but quit in 2002 after being offered a job in Afghanistan.

“I was left in a position where it was time to go out on my own again,” he said.

Russell worked with a team of four employees that he was able to keep during the recession. Eventually, though, he had to let two of them go for various reasons. Since then, however, while his gross receipts are lower than when he had four employees, his profit has remained the same.

His business is one of the more expensive landscaping companies in Birmingham due to Russell’s being one of the few licensed landscape architects in the city who offers design/build services with his own crew.

“I don’t really pay a lot of attention to the competition,” Russell said. “When I lose jobs, it is nearly always because I’m more expensive than who they hire. It doesn’t bother me.”

Even though the landscaping industry has a low barrier to entry, Russell uses his expertise to stand out from the crowd. Whenever a potential client calls for a consultation, he charges $100 an hour and draws the design at the person’s house that day. If they choose Russell to do the installation, the money spent on the consultation is given back.

“Most people don’t charge for consultation and design, so the first way I stay ahead in my business is because I value my knowledge, I value my time and I charge for it,” Russell said. “There is a perception of value that because I charge I must be better than other people. It is a sieve; it is getting rid of people who aren’t really serious.”

Another way Russell’s company is different from most is that his crew does one project at a time.

“Quality is the main thing,” he said. “We don’t cut corners. I don’t have five crews so I’m not spending my time running from job to job to job. I’m not trying to get things done cheap or anything. I’m trying to do the best job that we can within the budget.”

Along with doing one job at a time, Russell owns all the equipment that he needs to get the work done so he and his crew can attack the site right away.

“We come in like a military platoon with our equipment and our guys and we just start in,” Russell said. “Basically, I take my trailer somewhere and we’ve got everything we need so we can just tear into it.”

Thought behind the design

The crew often leaves many plants alone, and removes the invasive species like privet to open up areas.

When designing a landscape, Russell takes the style of the house into consideration, choosing plants that work with the architecture of the home. He often looks at sites as he would a movie set, with special attention to the feelings certain spaces can evoke.

Drawing from his background in psychology, he also breaks up the spaces for different purposes depending on the customer’s needs and personality.

“I am always looking at the design of the space (and) the spaces, so I always start with walls,” he said. “A wall of green forms up the space.”

Many of Russell’s jobs originate from talks with customers searching for help with drainage problems in their yards. He is always concerned about making sure the landscape functions properly before making it look pretty.

“I really do believe that if something is designed properly to function properly and then is built correctly, it’s going to be beautiful as a byproduct of that,” Russell said.

An uncommon service Russell offers is to use recycled materials, such as busted up concrete, to create retaining walls and other features.

An interesting feature about Russell’s company is the lack of a maintenance division.  While he has considered it, there are several factors that would have to change before it could become feasible. One major reason is that Russell’s current work load would require him to hire the right person to handle that side of the business. The other is the quantum change he would have to make to his current storage situation for equipment.

Russell admits that he is not a good enough businessman to make that sort of expansion, but he knows his current model is successful, as he is able to live comfortably with a wife and four kids. Due to his dependence on design/build alone, Russell uses his website and word of mouth to generate leads.

“Word of mouth is great, but it only gets you so far,” he said. “Even though I’ve been doing it for 20 years and even though I have a lot of repeat clients, you don’t spend $15,000 every year on your landscape.”

Currently, Russell is preparing for a website overhaul to clean up his site and to add more customer referrals. He believes it’s easy to have beautiful pictures of a couple good jobs, but most companies can’t put together a lot of good referrals. He also wants to expand his website’s photo galleries.

For Russell, growth has never been a goal. He has always wanted to stay small, especially after talking with other landscape architects who employ as many as 30 people but whose profits are about the same. When he realized that he would have to be extremely large to make significantly more, he decided staying small worked.

He also likes having his small crew take on one job at a time, as one of his favorite things about his work is finishing a project. Russell takes great enjoyment out of seeing a job well done and this is enough.

“I will have designed it, I will have overseen the construction of it and my guys, who have worked for me for all these years, will be building it one at a time,” he said. “I love that idea of finishing. I’m a finisher. I like to finish.” 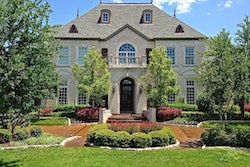 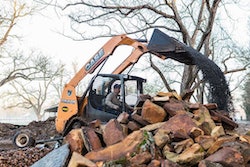 Landscaping professionals share tips for success in the new year 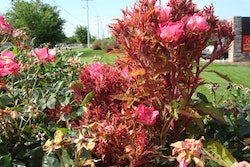 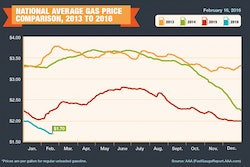