Guarding against oak wilt: Put away the pruners 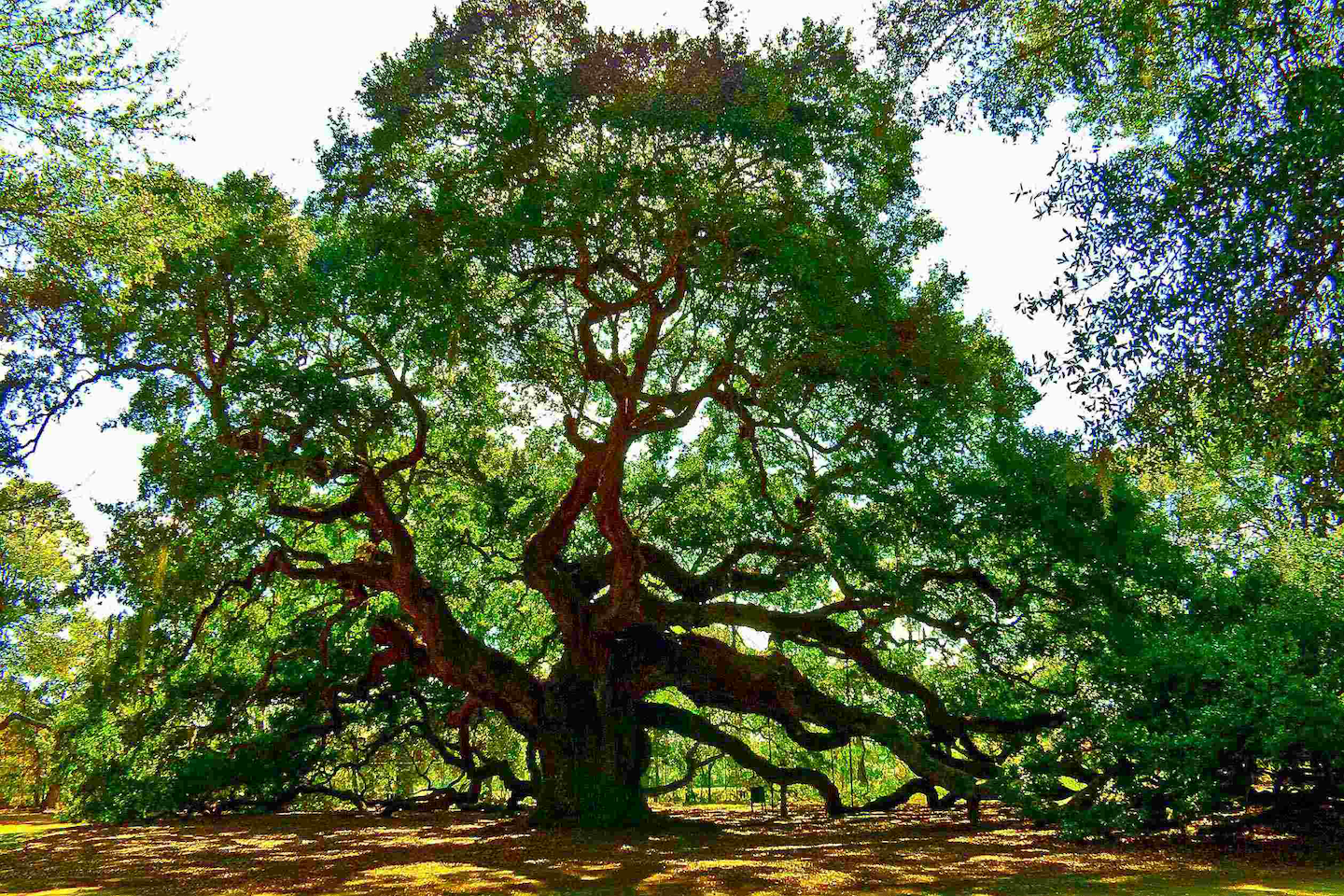 Angel Oak Tree is a live oak found in South Carolina. Live oaks are susceptible to oak wilt, but are not as vulnerable as red oaks.
Photo: Louis Dallara/Flickr

Pruning is commonly conducted in late winter, when trees are dormant, but it is important to keep the shears away from oak trees starting in February because of the destructive disease known as oak wilt.

Oak wilt is a fungal disease that spreads through the vascular system of oak trees. All species of oak are susceptible to Ceratocystis fagacearum, but red oaks are more likely to contract the disease.

Red oaks will die within a few months of infection. White oaks have a greater resistance and will survive for a number of years before succumbing. Live oaks are intermediate: While not as prone to infection as red oaks, they will die in one to six months if infected.

With peak transmission season for oak wilt under way, it’s time to understand just what this disease is and what can be done to lessen its spread.

Oak wilt was first identified in 1944, but it wasn’t until the 1980s that the extent of the disease was truly understood. It is scattered throughout the Midwest and eastern United States and also has been found in Texas. The origin of the fungus is unknown, but some researchers believe it could have arrived from Central or South America or Mexico.

The disease spreads in two ways. Most trees become infected by grafting to the root system of a sick tree. Oak trees commonly graft to each others’ roots and once an oak has become tainted, the fungus can spread through its roots, effectively creating an infection center. This can spread up to 100 feet or more.

Planting a mixture of oak species has been known to limit the spread, as root grafts are less common among different species.

Oak wilt can spread much farther distances aboveground thanks to the nitidulid beetles that feed on the sap. Infected red oaks form fungal mats that produce a fruity smell that attracts the beetles. As the beetles tunnel through the mats, they pick up spores that can then be transferred to oak trees with fresh wounds.

Depending on what type of oak is infected, the symptoms differ. For red oaks, the first sign is rapid discoloration of leaves as the crown turns yellow during the spring. After the color change, the foliage will wilt from the top of the tree downward. Within a few weeks of infection, the tree will have lost the majority of its leaves.

When a white oak is infected, leaf wilt occurs much slower but has the same discoloration found in red oaks. In this instance, the leaves turn brown from the margins to the base.

Live oaks have the most distinctive symptom. When hit by oak wilt, they develop a condition called veinal necrosis, causing the leaf veins to turn yellow and then brown.

Treating red oaks that are already infected is, if not futile, at least rarely successful. If the wood is kept for firewood, it is important to make sure it is dried out to the point where the bark is falling off and the wood is cracked. At this point the fungus is no longer viable.

If it is not allowed to dry, beetles can still access the fungal mats and continue to spread the spores.

Prevention is the best option for fighting oak wilt, as there is currently no permanent cure. Trees with open wounds are at risk of being infected, so it is important not to prune from February to the end of June. This is a period when fungal mats are present and beetles are active.

If the tree is damaged during a storm or a limb has to be removed during this time period, the wounds should be sealed with tree paint.

Trenching equipment can be used to create preventative barrier lines so that the trees do not form their traditional root grafts. For high-value oaks, fungicides have been injected proactively – an expensive option – in hopes of preventing symptoms from appearing in areas where local spread is expected.