IrriGreen lines up East Coast distributor for its sprinkler system

IrriGreen, a Minnesota-based manufacturer, has gained a major new distributor for its product, the “Genius” Irrigation System.

Atlantic Irrigation Specialties, an East Coast distributor of green industry products, boasts of 32 locations in the United States and Canada.

“The irrigation professionals on Atlantic Irrigation’s sales team are among the best in the business,” said Bobby Jensen, sales director for IrriGreen. “They help contractors achieve success by supporting projects all the way from planning to specifications to installation to final inspection.”

The Genius Irrigation System varies from traditional irrigation systems as it waters from in the inside-out with one head in the middle of each zone and no lateral lines, instead of rows of four to eight sprinkler heads around the perimeter of a property.

The Genius system’s technology is based on inkjet printers. Just as printers put ink in precise areas of a page, IrriGreen says its sprinkler system puts water precisely where it’s needed, avoiding wasteful overlap when spraying a lawn. According to IrriGreen, its system can reduce water use by as much as 50 percent.

IrriGreen also says installing its system normally requires half to one-third of the time it takes to install a common irrigation system and can also save man hours by allowing installers to configure the irrigation zones quickly using an app on their smartphones.

“The contractors we serve are challenged to use both labor and water more efficiently and effectively,” said Edward Santalone, president of Atlantic Irrigation Specialties. “The IrriGreen system installs with fewer sprinkler heads and less pipe to save labor and sprays with accuracy to save water.” 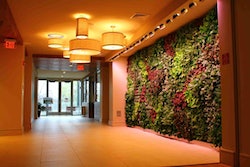 AmericanHort to induct 2 into Interior Plantscape Hall of Fame 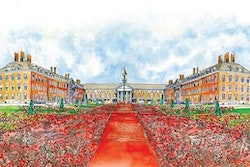 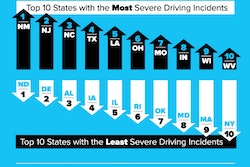