Designing a garden to attract hummingbirds

There are bird lovers and then there are hummingbird lovers, and who can blame them for being fascinated with these iridescent, tiny fowl flitting about like mythical creatures?

The number of hummingbird species that visit the United States varies between 16 and 20. The state your landscaping clients live in will determine how many of these species can be sighted.

Attracting hummingbirds is essentially the same as attracting any other type of wildlife: There must be food, water and shelter.

While some folks think hanging up a hummingbird feeder is all they have to do, those feeders can actually be a dangerous choice if the proper steps are not followed. Hummingbirds must consume their weight in nectar every day and follow regular routes when feeding, called trap-lining.

Once a hummingbird has found a feeder, it will come to depend on it as one of its sources of nectar. Hummingbird feeders need to be cleaned every three to four days during the summer or when they’re in direct sunlight, as they can develop mold or fungus.

Feeders that are not cleaned can cause hummingbirds to become infected, making their tongues swell. When that happens, they will starve to death. Fermented nectar can also kill hummingbirds and should be replaced every two to three days.

If all of this sounds a little too involved for your client, suggest a hummingbird garden instead. This haven will not only provide the sustenance the birds need, but also a home to raise their young.

Despite common belief, hummingbirds do not live by nectar alone. They also frequently feed on tiny insects and even steal them off of spider webs.

Because this is their source of protein, it’s a good idea to avoid using pesticides around the hummingbird designated areas because it can kill their food source or get in the nectar they are feeding on.

Hummingbirds have no sense of smell and are attracted to bright red blossoms rather than fragrant ones. Along with red plants, these birds are also attracted to orange and pink flowers. A mixture of annuals, perennials and shrubs with different blooming times will allow your client to enjoy their bejeweled bird friends for a longer time period before they migrate.

Plants such as fly honeysuckle, columbine, coral bells, azaleas, phlox, bee balm, bleeding heart and trumpet vines are all favored options for hummingbirds; but, of course, these will vary depending on which state or region the garden is in.

Most of a hummingbird’s drinking needs are met by drinking nectar, but they still need water for bathing purposes.

Normal-size bird baths are not advisable for these petite pollinators. A shallow bird bath that is no deeper than 1 1/2 inches can be created or the client may opt to have a mister nearby, allowing hummingbirds to fly through the spray to clean up.

Bubbling or slow-dripping water features can also attract hummingbirds. The sound of the water splashing on rocks and leaves can draw them in.

While other birds will nest in birdhouses, hummingbirds will not. They prefer to build their nests in the small limbs of trees or shrubs, and females have been known to reuse nests year after year.

According to PennState Extension, most nests are above an open area and tend to be built in rough-barked trees over smooth-barked trees.

Another important feature of a hummingbird habitat is providing perches. Not only do these roosts provide a resting place, but hummingbirds also use these locations for sunning, preening, hunting insects and guarding their territory.

Popular types of perches include thin twigs, vines, clotheslines, and dead branches that extend away from the tree. Hummingbirds are extremely territorial and like a clear view to monitor their feeding areas. 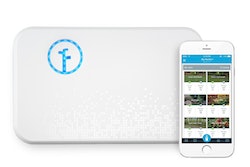 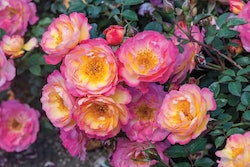 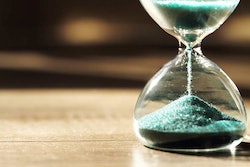 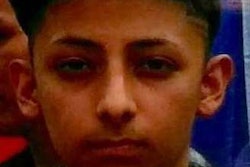