After the death of one of its employees last year, Ocean Woods Landscaping has been issued a fine for having two serious violations.

The South Carolina Department of Labor, Licensing and Regulation ordered the Hilton Head Island landscaping company to pay $3,850 after being inspected by the state’s Office of Occupational Safety and Health.

The two violations are reported to have contributed to the death of 20-year-old Marcos Garcia Servin. The fatal accident occurred on Nov. 19, when the employee was unloading palm trees off a flatbed truck.

The trees shifted and knocked Garcia Servin off the truck. One of the palms fell on the employee and he died later that day at Memorial University Medical Center in Savannah.

After an investigation, the Office of Occupational Safety and Health reported the company had failed to provide a workplace free of hazards.

The 1997 Freightliner tractor-trailer that was used lacked the support fixtures that could secure its load. According to The Island Packet, the landscaping company should have been aware of the unstable nature of the trees and their potential to hurt an employee.

The second violation was for a failure to replace worn rigging material. The synthetic web sling that was used to remove the palm trees had snags, tears and cuts. Regulations require that the sling be replaced as soon as it becomes damaged.

As these were serious violations, rather than willful, the state could not charge more than $7,000 based on the severity and great probability of an incident occurring.

According to the citations, the company has corrected the problems. Ocean Woods Landscaping has been in business for more than 40 years and has a staff of more than 200 workers.

Ocean Woods Landscaping did not respond to a request for comment on Wednesday.

The company had an informal conference with the state’s Office of Occupational Safety and Health, but a settlement regarding the penalties has not been decided.

If an agreement is not reached from the conference, Ocean Woods Landscaping still has until June 16 to request a formal hearing to contest the charges.

Irrigation training from Rain Bird scheduled for this summer 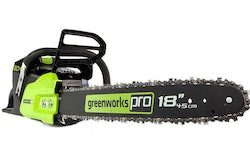 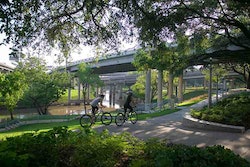 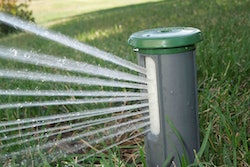 IrriGreen lines up East Coast distributor for its sprinkler system