Thanks to researchers at the University of Delaware, the U.S. Department of Agriculture has approved the release of an insect that can combat the emerald ash borer (EAB).

The Spathius galinae is a little-known parasitic wasp that is host specific to the emerald ash borer larvae; this is, the EAB larvae are its sole hosts.

The wasp tracks its prey by finding infected ash trees, which give off a different scent, and then detects the vibrations of the EAB larvae feeding. Once it has located the larvae, it uses its ovipositor to drill through the bark and lay its eggs on the larvae. When the eggs hatch, the S. galinae devour the larvae.

To be used as a biological control measure, the wasp had to be thoroughly researched. Only with those findings in hand was the USDA willing to allow the wasps to be released at a scale sufficient to have an impact on EAB.

Some of the factors that had to be taken into consideration were temperature and whether the parasitic wasp would begin to hunt other species of insects.

Lead researcher Timothy Watt worked along with Jian Duan, a research entomologist and lead scientist with the USDA Agricultural Research Service Beneficial Insects Introduction Research Unit, and Doug Tallamy, a professor of entomology at the University of Delaware.

The team worked to determine the optimal temperature for rearing the wasps and where to release the insects.

“Insects in general are ectothermic – they’re basically controlled by temperature,” Watt told the University of Delaware’s online news service. “Their physiology and metabolism are strongly influenced by ambient temperature, almost like they’re programmed in a way.”

It was determined that of the five temperatures analyzed, 77 degrees (25 degrees Celsius) was where female reproductive output could be maximized and immature development time minimized.

To ensure that the species truly was host-specific to EAB, S. galinae was tested against 14 different non-target beetle species and only one was affected in the laboratory setting. The gold spotted oak borer, which is a pest to oak trees in California, was the only one impacted, but the researchers believe this would not happen in nature.

“A lot of our work focuses on non-target testing, looking to see if the parasitoid might seek out other insects that live in the same habitats or are taxonomically related to the target pest,” Watt said. “There is a very rigorous testing model in place to make sure that these organisms aren’t all of sudden going to go attack another insect that’s out there once we release them into the wild.”

Now that studies have been completed, S. galinae has been approved for release and is currently being grown in the USDA Animal and Plant Health Inspection Service (APHIS) lab in Michigan.

“The parasitoid colony has been transferred to USDA-APHIS lab in Brighton, Michigan, where APHIS has a mass rearing facility for all emerald ash borer parasitoids, including this one,” Duan said. “The plan is, they’re going to produce tens of thousands of these parasitoids and send them to Northeastern states to release.”

Although most might think that these wasps are going to be a threat to humans with their stingers, it is actually not possible for them to harm people.

“People worry because it’s a wasp; they wonder, ‘Will it sting my kids?’” Tallamy said. “They’re picturing bigger wasps. These are tiny. Nobody would look at them and recognize them as a wasp. They’d think it’s a little gnat or something. They will never sting you. They couldn’t sting you.” 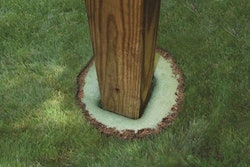 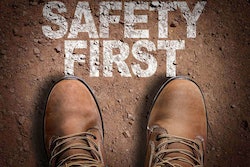 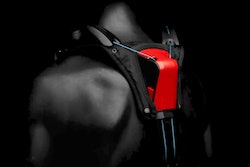 StrongArm exoskeletons aim to eliminate back injuries in construction 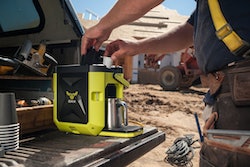