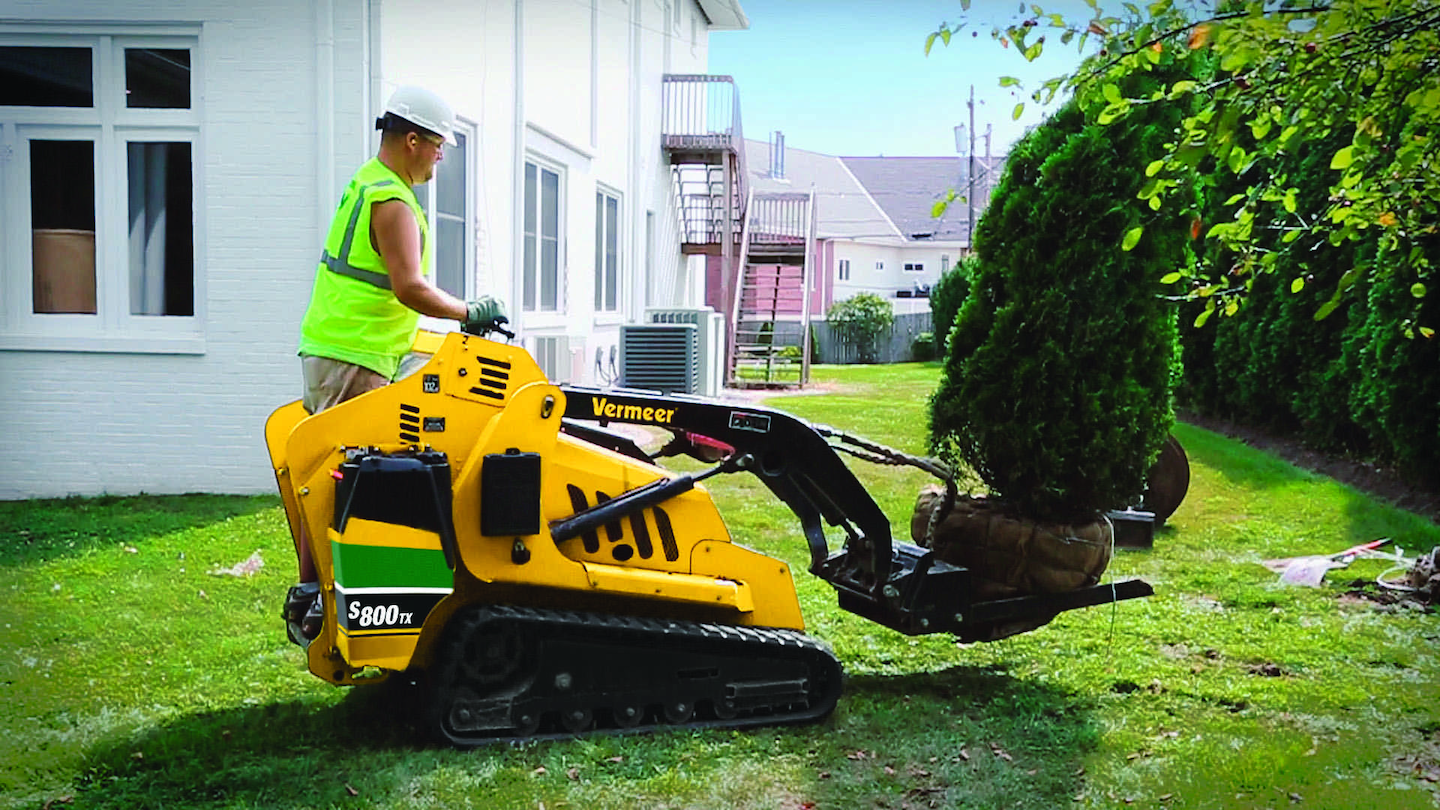 With the exception of mow-and-blow maintenance work, mini skid steers are becoming a common sight on landscaping jobs.
Photo: Vermeer

The mini skid steer, or compact utility loader, will never replace its larger cousin altogether, especially when it comes to landscape construction, commercial snow removal and the like. But manufacturers have responded to their growing popularity with steady introductions of new models and greater capabilities.

“The landscape market in general is still a growth business,” Hutchinson said, noting that while the companies in the industry vary widely – from lawn care to high-end design-build – many of them can make excellent use of a mini skid steer .

“Among the customers we’re talking to, we’re seeing growth,” he said. “They tell us they have more work in front of them than they can go out and get, and that’s part of what is driving demand for mini skid steers – they’re a force multiplier.”

With machines like the S800TX in his fleet, Hutchinson said, a landscaper can “break up crews and get more done with fewer people.”

Increasing productivity is reason enough to capitalize on the equipment’s capabilities, but the industry’s ongoing challenge in finding enough reliable workers may be reinforcing its demand for a “force multiplier.”

Not surprisingly given the popularity of the machines, Vermeer has plenty of competition in the space.

There’s Toro’s Dingo, of course, which became popular so early on that many landscapers started using “Dingo” as the generic name for a mini skid steer. (Some still do.)

Landscape crews have their favorites, of course, so if you spot a compact utility loader on a jobsite, it could be a product from Ditch Witch, Bobcat, Wacker Neuson or Boxer Equipment – the latter owned by Morbark, which was recently acquired by a private equity firm – among other manufacturers.

Chances are they’re all pursuing what Hutchinson described as the Holy Grail: “To lift a 2,500-pound pallet of landscape blocks off the back of a pickup and maneuver it safely to where it goes on the jobsite. That’s what everyone is going for – where you don’t have to break that down. That, along with operational horsepower, is where innovation is going.”