LandOpt Chief Executive Officer Tim Smith is stepping aside after eight years in the position. As an investor, he has been with the company since he and two others opened its doors 12 years ago in Pittsburgh, where LandOpt is still headquartered.

Smith will remain on the company’s board and plans to serve as CEO until his replacement is appointed.

In a telephone interview Friday morning, Smith said he plans to take some time off before deciding on the next step in his career. Still fully engaged in the company he helped to build and has led for nearly a decade, he said “the journey has been good – more than 12 years and more than 50 locations.”

“Locations,” in this case, refers to landscaping companies that have become clients of LandOpt during those 12 years. Most of them are probably using the slogan “Powered by LandOpt” in their marketing, although LandOpt is not a franchise operation.

And that’s not all it’s not. As LandOpt takes pains to emphasize on its website, it is neither a consulting firm nor a software company. What it is, the company says, is “a business operating system that incorporates components of technology, processes, systems, and professional development all supported by superior and ongoing implementation services.”

While LandOpt boasts about the extensive proprietary information and systems it offers clients, Smith says the company’s service delivery is crucial as well.

It takes time to implement the business processes – which involve not only financial management but also human resources, operations and especially sales – and then train clients’ managers and employees how to use them. Consequently, LandOpt requires all prospective clients to sign a six-year “licensing” agreement. The company’s customers pay a flat monthly fee during the licensure period.

“Sometimes,” Smith said, “it’s the inside of the (client) business that has the greatest need.” That usually translates to extraordinary challenges on the business and financial management side rather than operations.

And while software – particularly a customer relationship management (CRM) solution for landscapers built on the Salesforce “chassis” – is extremely important, Smith says, new clients sometimes make the mistake of thinking technology solves problems by itself. The workflow itself is much more important.

“We start with the flow and even ask that they use pencil and paper initially,” said Smith.

Through his tenure at the company, he said, one of his greatest rewards has been watching what happens to those client firms from year to year, as systems are put in place, employees are trained and trained some more, and the landscaping company has reached a point of being “Powered by LandOpt.”

Net profits begin to grow 8-12 percent a year after the first few years, with some companies doing 13 percent – blowing yesteryear’s routine of breaking even or maybe 2-3 percent profit out of the water.

Smith says some of the companies that reach out to LandOpt often are clearly lost without their owner, who is engaged in virtually every aspect of the business.

That situation isn’t good for the owner or the business, he said, adding that many landscaping business owners have told him how relieved they were once they became confident their businesses could do fine in their absence – that they were now dependent on well-defined and well-understood processes, Smith said, not the owner personally.

Yet, Smith also said LandOpt takes care to work with each of its clients as individuals – individual companies and individual owners.

And even the company’s website makes the point: “Experiences of the business owner are added to the LandOpt proprietary systems.”

And like he says of landscaping company owners with whom he’s worked the past 12 years, Smith is confident that after he’s moved on to the next challenge, LandOpt will continue to run like clockwork. 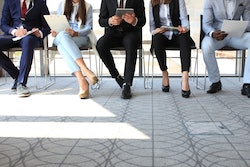 Hiring tips: What to look for in seeking long-term workers 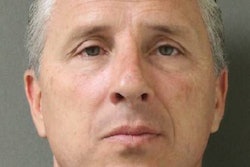 County charges landscaper with ripping off his workers 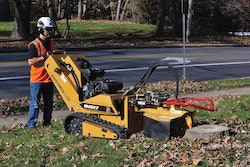 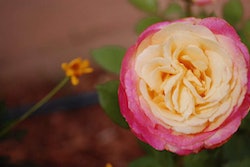 After taste of deadheading, clients may hire you to handle it