New Holland’s latest skid steer model, the L234, is replacing the L230 and is now the company’s most powerful skid steer loader.

The L234 is powered by a 90-horsepower Tier 4 Final engine that uses Selective Catalytic Reduction technology.

The new skid steer loader has a bucket breakout force of 9,323 pounds and lift arm breakout force of 6,913 pounds. According to New Holland, the skid steer has been designed with a low center of gravity and long wheelbase to allow for better lift leverage and more accurate vertical lift.

The hydraulic system pressure has also been upgraded to 3,450 PSI. To prevent steel-on-steel contact and wear during operations, New Holland has included a newly designed boom stop that directs force into the main frame, preserving the life of the boom pivot pins.

The cab has been improved with the operator in mind, the company says, providing controls in ergonomic locations. The operator can access important machine information from the IntelliPanel that is mounted on the “A” post. Thanks to the Super Boom design, New Holland says, there are no rear towers to block visibility at angled views.

New Holland has also come out with a new undercarriage design for its 200 series compact track loaders. This update is said to improve the lifespan of the C227, C232, and C238 models.

“We make it our main priority to continuously test and improve our equipment in ways that will benefit our customers,” said Doran Herritt, construction equipment marketing segment lead with New Holland North America. “Our compact track loaders already reduce soil disturbance and improve traction, and these adjustments will ultimately improve the lifespan of the CTL as a whole.”

The company says its tracks decrease mud and material buildup and minimize exposure to moisture. 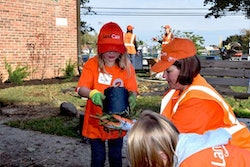 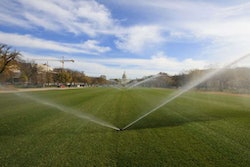 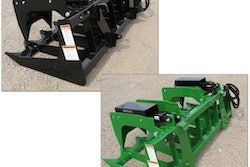 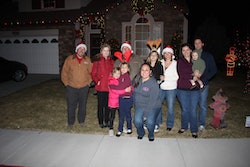