Through a four-year design process the two transformed the derelict public space into an inviting island with biophilic design in mind.

“Nature lovers, families and urban explorers alike can revel in the natural beauty that has been restored through mindful renewal and a biophilia master plan – a landscape design approach that nurtures the bond between people and nature,” the CIP jury said.

Some of the enhancements include a picnic grove, a playground, a cove, a grassy knoll and a seasonal breach, which is a restored channel where people can safely wade in the water.

For those wanting to tour the island, they can watch a short video Johnson filmed from a bicycle pointing out the various features they created.

“Ross was nominated by the association’s members for his dedication, professionalism, loyalty, and support of the industry,” said Diane Banks, executive director for the Michigan Green Industry Association. “Ross’ commitment to his customer’s success is second to none, which is evidenced by the trust and confidence they have in him.”

The Supplier Partner Award is given annually in recognition of the supplier’s exemplary service and support of the green industry. Ross was presented with the award during the MGIA’s annual awards banquet and holiday celebration in Grosse Pointe Woods, Michigan.

“I’m very honored to be recognized by the association,” Buffa said. “Organizations such as MGIA are vital to the success of the green industry at the state level. I’m proud to have been part of MGIA for 28 years and look forward to continued engagement with the local green industry community.”

Since Eastern Land Management’s beginning 40 years ago, it has strived to give back to the community of southern Connecticut and the New York metropolitan area.

In that spirit, this is the eighth year that ELM has donated lush poinsettias to decorate the 80 tables at the Fairfield County 2016 March of Dimes Real Estate Awards Breakfast on Dec. 8. ELM is a bronze sponsor of the “must attend” event, which draws over 700 industry professionals from the area.

The Real Estate Awards Breakfast honors outstanding individuals or companies whose commercial real estate activities have significantly enhanced the local community. Over the two decades the event has been held, close to $6.6 million has been raised for the March of Dimes mission.

“With a philanthropic-minded culture, ELM supports the communities that we serve through many local non-profit organizations,” said Bruce T. Moore, Sr., president and CEO of ELM. “Our team is delighted to have the opportunity to kick off the holiday season by giving back to the March of Dimes, especially as our 40th anniversary celebration year comes to a close.” 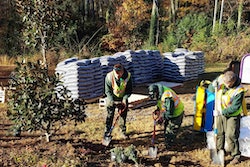 Project EverGreen teams up with Ruppert Landscape to restore park 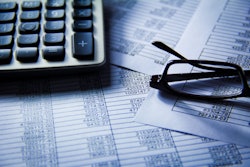 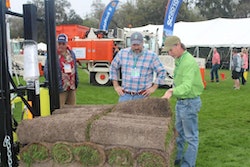