The setting seemed appropriate as the words “Protect Your Planet” were emblazoned on the walls above. Speakers acknowledged that there is indeed more to the landscaping industry than mowing grass and their work leaves an impact on the environment.

To continue fueling this ideology, the NALP Foundation provided 57 scholarships to students who have shown particular potential. Last night, 57 scholarships were awarded, with 40 being NALP Ambassador Scholarships of $1,000 presented by various landscaping companies.

There were 15 Platinum Ambassador Scholarships presented worth $2,500 and the President’s Scholarship, which is worth $3,000, was given to Michelle Thurgood from Brigham Young University.

A new and notable Platinum Ambassador Scholarship is the Scott Allen Memorial Scholarship, which was presented to Benjamin Proulx from Brigham Young University.

The scholarship was created in honor of Phil Allen’s son, Scott, who passed away from leukemia. Allen, a professor in landscape management at Brigham Young University, missed NCLC for the first time last year when he discovered his son’s diagnosis.

“Within two weeks of our son’s passing the Scott Allen Memorial Scholarship was created by most of the companies that contribute to the other scholarships presented tonight,” Allen said. “The did it because of love; they did it because they’re generous.”

Allen urged the scholarship recipients to remember to be grateful and recognize the others who have helped them reach where they are today.

“Become the type of people who contribute to these scholarships,” he said.

Andrea Johnson from Kansas State University earned the TruGreen Companies Scholarship and said she had to fill out her application online and provide two reference letters from faculty and then one from an employer.

“It means a lot to me,” she said. “It’s the second one I’ve gotten through it. Through this program I got to be a student ambassador last year. It helps me out with school a ton.”

Johnson wants to become a landscape designer and is graduating in May to work at Denison Landscaping in Maryland.

“I want to make a positive impact in the world,” she said. “I originally was doing graphic design and then I stopped going to school for medical reasons for a while and then I came back and I wanted to do something involving art, so I went to community college before this. They told me they had a horticulture and landscape design and so I started taking it and I pretty much knew right then it was what I wanted to do, and I got my associate degree and transferred to K State and here I am.”

They also announced the full launch of the NALP Careers website, LandscapeIndustryCareers.org. 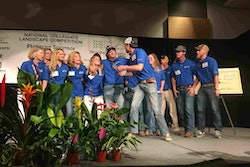 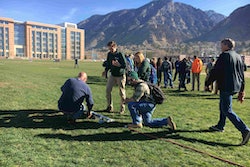 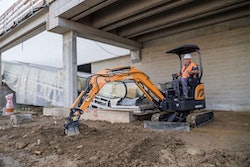 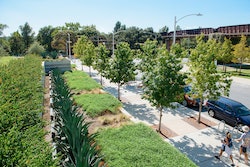