How to: Create envy with simple lawn striping 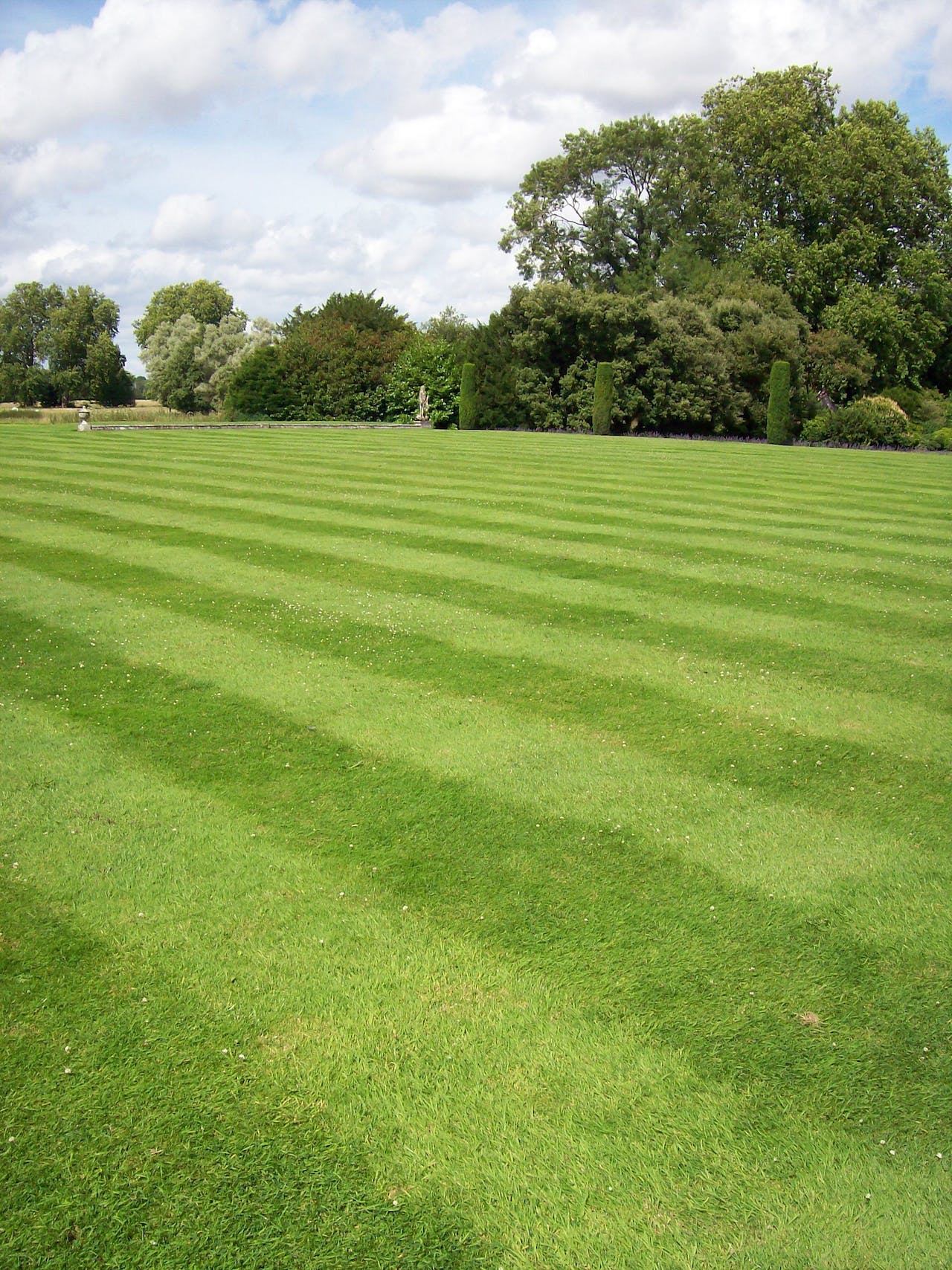 If your client is a baseball lover or a fan of distinction, offering lawn striping is one way to help their yard stand out with a little extra refinement.

The science behind how the stripes appear is actually quite simple. Depending on how the blades of grass are bent determines how much sunlight they can reflect. Blades bent towards you appear darker while those bent away from you appear lighter as they have more surface area to reflect light.

“It’s all about bending the grass so the blades can reflect light,” says Chris Frame, vice president and general manager of Scag Power Equipment. “The intensity of the pattern is really dependent upon the height of cut and type of grass.”

There are several factors that affect how noticeable the striping is on a lawn. Grass that is cut high has more of a blade to reflect light, increasing the intensity. The patterns are also more visible when working with cool-season grasses such as fescue and bluegrass. Warm-season grasses like bermuda grass and zoysia grass are more rigid and harder to bend.

For the most vivid prints, use a lawn roller attachment to help bend the grass blades even further. It should also be noted that the lawn’s design may appear stronger at different times of the day as the light hits it at different angles.

The three main patterns of choice are stripes, checkerboards and diamonds but looking at any Major League field will show the limitless possibilities that can be mowed.

When mowing a striped pattern, first cut along the perimeter about two widths of the mower, which will allow you to turn along the edge of the property. Mow in the opposite direction throughout the rest of the property in straight lines. Focus at least 10 feet in front of you to avoid creating waves in the stripe.

When you reach the end of each row to the perimeter, use a “Y” turn to avoid turf damage and set up for your next row. On each pass, overlap the previous stripe by a few inches to avoids skips.

To create a checkerboard design, simply follow the steps for a striped lawn and then mow perpendicular to those stripes. For instance, if you started mowing north and south, you would then mow east and west afterwards. Finish the job by mowing around the perimeter once more for a clean edge.

Diamond-patterned lawns are achieved by following the checkerboard set up but mowing diagonally.

Lawn striping can be used to attract the viewer’s attention to certain points if the lines converge at a focal point, but be careful not to mow the same pattern for more than two weeks in a row as this can cause the cut to suffer as the grass learns to lie down. 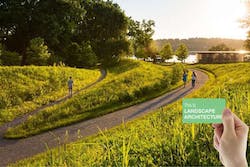 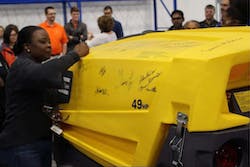 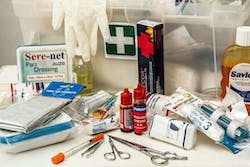 How to: Caring for common jobsite injuries incurred by landscapers 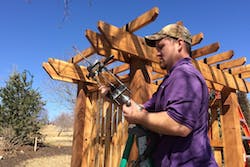