A grass native to Asia, zoysia grass was introduced to the U.S. in the late 1800s and has a number of tolerances that has allowed it to thrive both in yards and on fairways across the country.

This warm-season grass creates a dense carpet of green that can tolerate heavy foot traffic and can handle light shade better than other warm-season grasses like Bermuda grass. On top of that, industry experts say that zoysia has good winter tolerance, excellent summer performance, good density, and limited pest issues.

It can do well in the Southern zone, yet its true niche is in the transition zone, thanks to its cold tolerance that other warm-season grasses lack.

However, zoysia is much better adapted for golf course fairways than for lawns. While zoysia has cold tolerance, it should not mistakenly be grown in regions north of the transition zone where it will be outcompeted by both cool-season turf and weeds.

Zoysia japonica is the most common species of zoysia and it has exceptional cold tolerance. Its leaves are coarse and light green in color. Zoysia matrella has finer blades than the Z. japonica and comes from Manila, allowing it to tolerate hot, humid weather. It is less cold tolerant and a slower grower.

Zoysia tenuifolia has the finest grass blades of the three but also the lowest cold tolerance of zoysia grass. It has a puffy appearance and tends to be used more as an ornamental grass in certain settings.

Some of the newer cultivars on the market are ‘Zenith,’ which can be grown from seed, and ‘Innovation’ from Kansas State University.

Zoysia is typically established with sodding or plugging. It grows slower than some other turfgrasses, so make a point to communicate this with clients who may become impatient. It is best planted in the spring after the threat of frost has passed.

When it comes to caring for your client’s zoysia grass, it is not a particularly thirsty turfgrass compared to others. It is drought tolerant, needing about 1 inch of rainfall or irrigation per week. Deep, infrequent watering encourages deep roots that will handle drought better.

During dry periods or if it is grown in sandy soils, it will need more frequent watering to maintain its color during the summer.

As for mowing, because it is such a slow grower, you may not need to mow as frequently but you should never cut more than one-third of the leaf blade at a time. Zoysia performs best at a cut height of 1 to 2 inches. This is another reason why zoysia is best-suited for golf fairways as opposed to residential lawns.

Established zoysia grass lawns need less fertilizer than other types of turf, typically needing only about 2 lbs. N per 1,000 sq. ft. a year applied in the summer.

Excessive fertilizer can result in more thatch, fewer roots and diseases. Applying too early in the season causes premature topgrowth before the roots begin to grow and applying in the fall can interfere with the turf’s hardening before winter.

The main disease to watch out for in zoysia is called large patch (formerly called zoysia patch, until it was found in other warm-season grasses). It can be controlled in the fall with two preventative applications of DMI fungicides.

As for weeds to watch for, the main invaders in a zoysia lawn are actually Bermuda grass and annual bluegrass.

Zoysia grass doesn’t have a lot of issues with insect pests, but billbugs can occasionally cause damage.

This warm-season grass is prone to thatch accumulation thanks to its thick growth habit. It should be detached when it exceeds ½ in thickness. If it is over 1 inch in thickness, do not try to remove it all in one year but remove thatch over the course of several years. Aeration and dethatching should be conducted in the spring to give the zoysia grass time to recover during its peak growth season.

While it may take a while to get a zoysia lawn established, it is not something to install on a whim. Zoysia is near impossible to remove once it’s settled. Before going through the trouble of getting a zoysia grass yard growing for your customer, make sure they understand they are committing to it for life. It is also known to creep into flower beds and other’s yards.

Another common mistake when it comes to taking care of zoysia grass is implementing the wrong fertilizer rate. .Zoysia lawns included in lawn care routes that serve cool-season lawns requiring 3-5 lbs. N per 1,000 sq. ft. a year applied primarily in the fall can result in thinning or excess growth of zoysia, leading to excess thatch in turn. If you have a route with mostly cool-season grasses, you'll need to adjust your rate 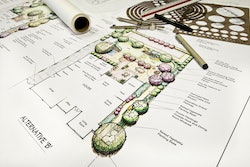 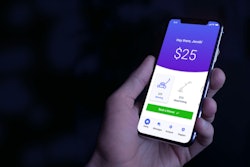 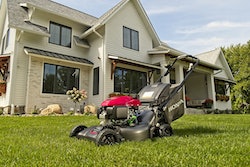 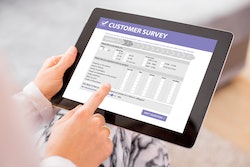 How to: Boosting company growth by utilizing customer satisfaction surveys