Robbie Royster of Ditch Witch of Virginia was recognized with the 2016 Lowell Highfill Award, which is presented annually to the organization’s salesperson of the year.

Recipients of Ditch Witch’s Lowell Highfill Award must display outstanding performance in promoting and marketing the brand while demonstrating qualities of knowledge, integrity and service to the industry.

“Robbie has earned the reputation among his customers and colleagues of going the extra mile,” said Jeff Horton, vice president of the Ditch Witch of Virginia dealership. “As one of the hardest working individuals at our dealership, he pours all his passion and effort into getting the job done. We’re fortunate and proud to have him as a member of our team.”

Royster has worked for Ditch Witch since 1986 and has also earned the 2000 Harold Chesnutt Award as a parts manager who excelled at customer service. He is the only Ditch Witch employee to ever receive both the Harold Chesnutt and Lowell Highfill Awards.

The President’s Award was also presented to The Greathouse Company. This award takes into consideration the business’s effort, transformational outputs, leadership, commitment to the LandOpt system and willingness to be coached.

Michael Bellantoni Inc. based in White Plains, New York, was named the Rookie Contractor of the Year for exhibiting the strongest performance among its peers regarding performance against its plan. Rookie companies are those that have been with the LandOpt network for less than 24 months and have documented a financial plan for at least one full calendar year.

Meanwhile, Belknap Landscape Company based in Gilford, New Hampshire, was declared the Contractor of the Year.

John McMahon has been hired as the Associated Landscape Contractors of Colorado’s (ALCC) new executive director.

In the organization’s 55-year history, McMahon will be the fourth executive director. He had previously served as the executive director for the National Ski Patrol and helped develop new budgeting monitoring as well as elevated the credibility of the industry.

“The ALCC Board of Directors could not be more thrilled about the hiring of John McMahon,” said Will Pereira, ALCC president. “His vast experience with associations, as well as his passion for everything outdoors, lends itself perfectly to the needs of our members.”

McMahon has also worked for the Breckenridge Tourism Office, Monterey County Convention and Visitors Bureau, Vail Resorts and Loveland Ski Area and the California State Parks as the deputy director-chief of marketing.

“I am looking forward to being part of the ALCC team and helping the organization continue to advance the wonderful work already put in place,” McMahon said.

Hillenbrand had his own lawn care company for five years while he was in college and later sold it to start working for a franchise of Scott’s Lawn Service in Colorado. He worked for two other lawn maintenance companies when he moved back to Oklahoma City in 2007 before assuming a corporate role with Scott’s.

When the company was bought by TruGreen in 2016 Hillenbrand reached out to Spring-Green about a management role which led to him asking about the local franchise. He later discovered the current owner was willing to sell and Hillenbrand knew not having to start from scratch would be beneficial for him.

“For the past 10 years, I’ve been managing a professional team that treated lawns and landscapes so it was an easy decision and one my family would support,” he said. “I can’t wait to begin building my new team and servicing the local community under the Spring-Green Lawn Care brand. The big difference this time is that I own it!”

Spring-Green Lawn Care was founded in 1977 and serves over 7,500 neighborhoods nationwide. 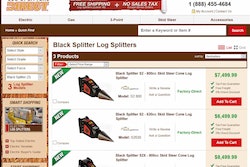 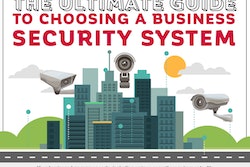 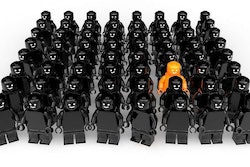 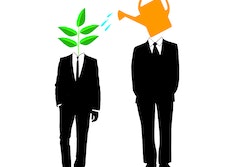 The importance of mentorship in the landscaping industry