On Thursday, April 20, 2017, a 34-year-old landscape worker was bitten by a venomous cottonmouth snake while doing yard work in a suburb of Pembroke Pines, Florida.

The landscaper was wearing gloves at the time of the incident, which happened between 11 a.m. and noon.

The snake’s fangs managed to pierce the worker’s gloves, according to Lt. Felipe Lay of the Miami-Dade Fire Rescue. The man made his own way to the hospital which delayed his treatment and increased his risk due to the nature of anti-venom.

Because the landscaper did not receive treatment immediately, he could experience “minimal deficit.”

Cottonmouths, which are also known as water moccasins, have bites that can result in severe, immediate pain, rapid swelling, difficult or rapid breathing, metallic, rubbery or minty taste in the mouth and numbness tingling around the mouth, tongue, scalp, feet or bite area.

Snake season runs from April to October as the reptiles emerge from their winter burrows and seek out food in the spring. Young hatchlings also begin to appear as the temperatures rise which increases the number of snake sightings.

Rattlesnakes particularly are on the move in the late summer as they search out mates. In North America, you will only encounter four types of snakes that are venomous. Below are the four venomous species and the common traits they share.

Cottonmouths – these snakes are semi-aquatic and have a variety of colorations including brown, black and banded with brown and tan. Their name comes from their bright white lining of the inside of their mouth, which they use as a warning when feeling threatened. These snakes range from the Southeast to southeast Virginia and favor swamps, shallow lakes and shores of bodies of water.

Copperheads – these snakes have a body that is tan, brown or even orange with hourglass-shaped crossbands with the heads almost always a solid copper color. Copperheads range throughout the eastern and central United States, but are absent in Florida and south-central Georgia. It lives in a variety of habitats including forests, rocky outcroppings and swampy regions. Unlike other snakes that flee humans, copperheads will freeze instead which can result in more bites when unsuspecting people step on them.

Copperhead venom is weaker than cottonmouth venom and this snake tends to employ a “dry bite” as a warning when stepped on or agitated, which contains no venom.  Venomous bites can cause extreme pain, throbbing, swelling and severe nauseas.

Coral snakes – are the most colorful of the venomous snakes with bands of red, yellow and black wrapping around them. The color pattern is mimicked by a number of other snake species including milk snakes, kingsnakes and the scarlet snake. They range from the southeast to the southwest depending on the species. The venom is particularly potent and while the bite may not cause immediate pain, the victim will soon experience slurred speech, difficulty breathing, drooping eyelids, blurred vison, paralysis and potential respiratory arrest.

“Victims are almost always goofballs who attempt to catch one after mistaking it for a similarly colored milk snake or kingsnake,” Jared Kirby, a snake authority, told the Houston Press. “Most people know some version of the old rhyme: ‘Red and yellow, kill a fellow, red and black, friend of Jack.’ In reference to the correct way to distinguish a real coral snake from a mimic. To me this always seemed beside the point, people should just leave them all alone.”

Because three of the four species are different kinds of pit vipers, there are several characteristics that the venomous snakes share. While most snakes have round, spoon-shaped heads, venomous snakes have very broad heads that flare out from the torso, this is where the venom sacks are.

Harmless snakes have pupils like humans, which are round while the toxic types have elliptical pupils like a cat. The only exception is the coral snake. The pit viper species are also thicker and more muscular than the typical thin garden snake. They also have heat pits, which are between their nostrils and eyes, that allow them to sense heat.

The best rule of thumb for encountering any snake is to leave it alone. Almost all bites are provoked when a person either tries to pick up or kill the snake.

If you or one of your coworker is bitten do NOT: 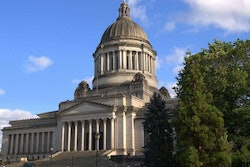 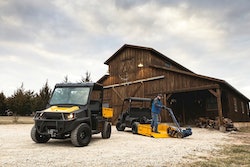 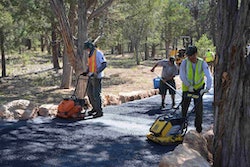 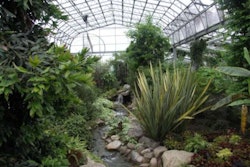 Ornamental foliage to jazz up your customer’s yard