BrightView Tree Company recently took on the task of relocating a 700,000-pound California live oak (Quercus agrifolia) to a new home in Orange County, California. With branches spanning double its height and reaching 50 feet tall, this oak is the largest tree the company has ever moved. It was said that the tree weighed more than a Boeing 747.

“It was a massive tree,” said Robert Crudup, president and COO of BrightView Tree Company. “Due to the sheer magnitude of the project, our project team divided it into two phases spanning several months.”

After bringing the tree to full health, the first phase of the moving involved boxing the tree and moving it to a temporary storage yard.

“We pre-watered the tree for roughly three to four months just to prepare the oak for the transplanting process,” said Sal Ponce, superintendent with BrightView’s Specimen Division. “We did this to improve the vigor of this impressive tree so that when it was time to cut the roots, we would have a successful transplant.”

The 14-member team worked for two days and used three backhoes to excavate and install the box around the roots of the tree.

It took an additional two weeks to install the steel beams and bottom boards used to support its massive weight. The team was able to elevate the 30-by-30-foot box by using hydraulic jacks.

“It took us four days to raise the tree to get it to 44 inches high so that our transportation platform could fit underneath,” Ponce said. “The reasoning behind it is to get some space below the beams to allow us to safely maneuver the tree onto the equipment.”

Using a 2,500-horsepower tractor, the team members loaded the tree onto two combined heavy hail platform trailers. After the arrival of the tree, the team continued caring for the tree while waiting four months for the roads to be built and graded to allow access to the final phase of the project.

During phase two of the operation, the tree was taken on a six-hour journey to its final destination.

“Phase Two was a much more challenging portion of the job than Phase One,” Ponce said. “Since we went above and beyond with communication, everybody knew exactly what their roles were and our tree moving experts made it a huge success.”

When the oak was finally delivered, team members completed the relocation.

“For us, it was a project that raised the bar to an all-time high,” Crudup said. “Our client expected excellence and wanted a team of experts to complete this job successfully and safely. Decades of tree-moving expertise possessed by our team members allowed us to deliver.” 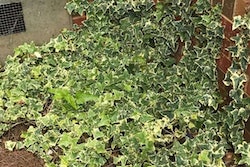 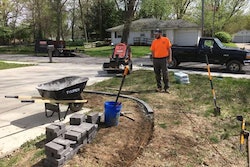 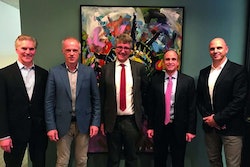 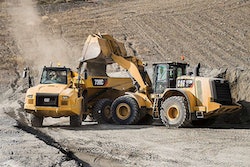