Brown lawns’ welcome is over now, according to California HOAs

It’s no secret that the past few years of the California drought forced homeowners to take certain steps to ensure they were able to save water and money.

With the droughts declared over, the state’s homeowners associations (HOAs) are now telling residents that they have a limited amount of time to get their lawns back into pristine condition, or the repercussions may begin again.

During the state’s drought in 2014, a pair of bills was passed by Gov. Jerry Brown that would protect residents in HOAs across San Diego County and California who chose to replace their lawns with drought-tolerant plants or who just cut back on watering throughout the drought.

The bills prevented the HOAs from penalizing residents for taking these actions with their lawns. Around that same time, Brown also signed Senate Bill 992, which prevented HOAs from giving fines to residents who either reduced or stopped watering their landscape after California was declared to be in a state of drought-emergency.

“Brown is beautiful, and around the state HOAs are penalizing good-intentioned homeowners who replace their lush, water-intensive lawns with attractive, well-designed landscaping centered around drought-resistant plants,” Assemblywoman Lorena Gonzalez, D-San Diego, said in a statement to The San Diego Union-Tribune in 2014. “Allowing homeowners the freedom to use conservation-friendly landscaping is one important ingredient in reaching our goal of protecting our economy by saving water.”

On Friday, April 7, 2017, Brown declared that the California drought was over. With his declaration, Brown lifted his emergency order for the state, except for the counties Fresno, Kings, Tulare and Tuolumne due to their wells remaining drained.

The State Water Resources Control Board will continue to require water agencies to report on monthly water use and wasteful water practices, such as hosing down sidewalks, will remain prohibited.

“The drought emergency is over, but the next drought could be around the corner,” Brown said in a statement. “Conservation must remain a way of life.”

Now that the drought is over, homeowners who once were allowed to let watering their grass fall to the wayside may face penalties if they do not immediately begin working to bring back their lush, green yards. With Brown’s declaration came the lifting of the restrictions that once kept the HOAs from disciplining residents for not watering their grass.

This month, the 4S Ranch Board of Directors told its residents that they would no longer find dead grass acceptable. However, state law doesn’t allow HOAs to force their residents to remove landscapes installed during the drought that are water-saving.

HOAs typically give residents 30 days to make the changes even though that is not the state’s law. 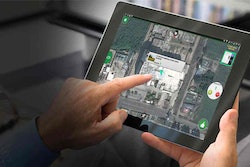 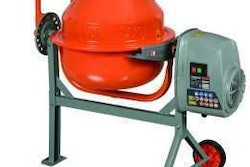 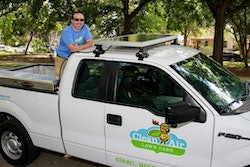