The Orange County Commission updated its fertilizer laws on Tuesday in order to meet the state requirements set under the Florida Springs and Aquifer Protection Act of 2016.

While still not nearly as strict as the neighboring Seminole County, which banned both homeowners and commercial landscapers from using phosphorus or nitrogen-based fertilizer during the rainy season, the revision does have new restrictions and harsher penalties.

Several public meetings pitted environmentalists against lawn care companies who argued that the professionals know what they are doing and that they know how to reduce runoff by maintaining healthy root systems.

Orange County has had a summer non-commercial application of fertilizer ban from June 1 until Sept. 30 since 2009 and all phosphorus use remains banned unless a soil test proves there is a deficiency.

The new ordinance includes requiring any nitrogen fertilizer to be 65 percent slow release. The fertilizer rules also now applies to other landscaping like trees and shrubs instead of just turf lawns.

Fertilizer use is also banned within 15 feet of any wetland or surface waters, instead of the previous 10 feet, and low-maintenance zones should be within 10 feet of a waterway’s high-water mark instead of the former 6 feet.

The penalties were changed so that now there is only one warning and then increased fines of $50 and $100 for non-commercial violators while commercial operators will be fined $500 for a second violation and $750 for a third.

Despite these changes, Commissioner Emily Bonilla was adamant about the push for the summertime ban to apply for everyone, not just homeowners.

Mayor Teresa Jacobs and all the other commissioners felt that the county needs to do a better job of informing the public about the fertilizer laws, and an outright ban would cause people to overreact.

“I’ve gotten two calls for a total ban and the rest have been, ‘You can take my bag from my cold, dead hands; I want to fertilize my lawn,’” Commissioner Pete Clarke told the Orlando Sentinel.

Clarke also pointed out that that enforcing a total ban would not be feasible unless there were “1,000 code enforcement people going out and spying on their neighbors.”

The summer fertilizer bans during the rainy season are common in Florida as it is part of an effort to minimize runoff and protect local waterways, but Mac Carroway, executive director of the Environmental Research and Education Foundation, seems skeptical toward the bans entirely.

“The summer blackouts (in local ordinances) are based on a rainy season mythology, and not on scientific evidence,” Carroway told Florida Politics.

However, others argue that the influx of nitrogen and phosphorus in the water is due to fertilizer runoff and that management strategies like the summer bans are the right thing to do.

“Every reduction of nutrients that can go into the water is a step in the right direction,” Jane Durocher, Middle Basin advocacy director for the St. Johns Riverkeeper Office told Florida Politics. 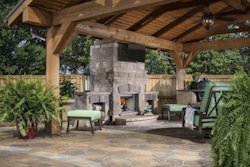 Popular projects: Are they worth the money? 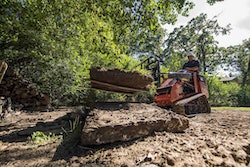 How to match the right attachment for the proper job 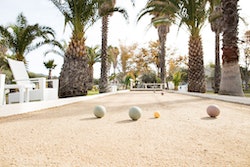 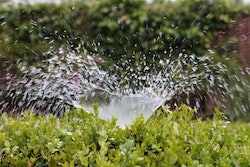 Helping your customer’s lawn stay healthy in the heat