According to Aspen Daily News Online, owner of Roaring Fork Landscapes (RFL) Tom Friel says he is owed over $500,000 from a business partner for work done on Aspen Valley Ranch, an 800-acre compound.

Friel says he entered into a contract with Aspen Valley Landscaping (AVL), which lasted from March 2015 to August 2016. Aspen Valley Ranch hired AVL for irrigation and landscape construction, and the lawsuit says that AVL then hired RFL.

According to Aspen Daily News Online, AVL’s landscaping bid to the property owner included the proposal to, “…team up with Tom Friel with Roaring Fork Landscapes to help expedite the irrigation installation. Tom has extensive experience in large-scale ranch irrigation.”

Aspen Daily News also says that the bid says RFL and AVL, “…have successfully collaborated on projects for the past 10 years, and we also share the same nursery and storage yard in El Jebel. By combining crews, we can offer you a team that is able to accomplish all of the AVT items in house.”

The lawsuit was filed on July 3 in Pitkin County District Court on AVL’s behalf. The lawsuit suggested a contractual relationship in which all profits earned on this project would be split with RFL.

Despite the work involving irrigation installation and other work, the latter company claims that it has yet to be paid. According to the lawsuit, the work included crews of 10 working six days a week.

As of yet, there are no answers filed to the lawsuit.

After becoming entangled in the thick fronds of a 40-foot palm tree in Rancho Bernardo, firefighters launched a rescue operation to help the tree trimmer.

According to NBC San Diego, crews from the San Diego Fire-Rescue Department (SDFD) rushed to the neighborhood along the 17000 block of Bernardo Oaks Drive behind The Country Club of Rancho Bernardo golf course just before 9 a.m.

After improperly tying the ropes to the palm tree he was trimming, the trimmer became wedged in the tree’s fronds.

“Instead of throwing the top rope over the crown of the tree, [it] came up the bottom of the tree,” Glen Holder, SDFD battalion chief, told NBC Sand Diego.

Holder says that when this happens, the large skirt of a palm usually comes loose from the trunk because of damage from rain or rot.

“And it weighs several hundred pounds, and it’ll come down and it’ll topple the tree trimmer in half,” Holder told NBC San Diego. “It’s usually a fatal accident.”

Rescue specialists with the SDFD Lifeguards division led the efforts; the rescue took about an hour.

As pieces of the tree came off, the dust and debris could have posed a threat to the crew and victim’s breathing.

By 10 a.m., the victim was safely removed from the tree.

“It’s not always a pretty outcome,” Holder told NBC San Diego. “But we’ve effectively saved this man’s life today. It’s a day to be very proud to be a firefighter. It’s an extreme honor to serve our citizens.”

The victim is expected to recover, and  no one else was hurt during the incident.

According to The Berkshire Eagle, five men recently stole chainsaws and a leaf blower from a local landscaper’s truck; the theft occurred to feed the heroin addiction of the men.

The men were arrested last week, and one was arraigned in Southern Berkshire District Court on Monday. Later in the week, the other four will be arraigned.

The Berkshire Eagle reports that Jeremy Babcock was charged with possession of a class A substance; Daryl VanDeusen, Shawn Keefner and Michael Thorpe were charged with breaking and entering a motor vehicle and larceny over $250; and Jeremy McDermott was charged with receiving stolen property, which police later found in his vehicle.

During the course of their investigation, police say they found Babcock and another one of the suspects using heroine. Police determined that the suspects had participated in the theft.

The Berkshire Eagle says that Thorpe, who was in Southern Berkshire District Court on Monday, pleaded guilty to larceny in a separate case from a person over 65 and possession of a class B substance. He also pleaded guilty to the charges he faced in this case and was sentenced to 120 days in the Berkshire County Jail and House of Correction.

Pending the arraignment, the other men were held on bail.

The landscaper called the police on July 20 to report the missing items, and after the investigation five chainsaws and the leaf blower were recovered.

“These were significant arrests involving individuals who are known to police and who are active in drugs and are willing to steal from hard-working victims to finance their habits,” William Walsh, town police chief, said in a prepared statement. “We are working closely with the District Attorney’s Office on the prosecution of these cases, and our officers did a great job bringing these cases forward.” 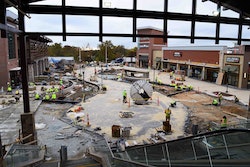 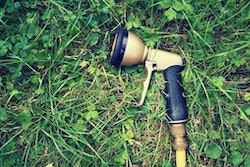 The signs of over and underwatering trees 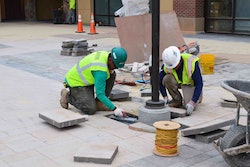 Subcontracting: Both sides of the coin 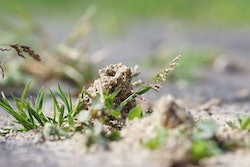 Mounds of trouble: Keeping ants at bay and out of the way