Last month we told you about a union that felt threatened by goats taking their landscaping jobs, but this tale of goatscaping gone wrong might show this is a fad doomed to fail.

In Portsmouth, Virginia, the city decided to purchase 10 goats and 10 sheep back in 2013 to “mow” the grass at the Cranley Island landfill, which is roughly 120 acres.

“By the end of the first year of the experiment in 2014, we realized that using goats to cut the grass was not working,” Rowe told The Virginian-Pilot.

Project leaders soon discovered that in order to keep the field effectively trimmed, they would need a herd of over 1,000 animals. Despite knowing the goats were an unsuccessful experiment, the city kept them as they simply had nowhere else to put them.

After buying the goats and sheep for around $10,000, two goats died from parasites, another two were sent to a farm, one was killed by a coyote and two newborn goats were accidentally crushed by their mother, effectively halting the city’s breeding plan.

The other animals simply vanished and the city’s officials have no clue where they went, but most speculate they were picked off by coyotes and other wildlife. Only two nanny goats remain at the landfill, and landfill supervisor Chris Bower is now responsible for meeting their needs of water, food and shelter.

“The one on the left with the darker face, I call her Thelma,” he told The Virginia-Pilot. “The other one’s Louise. They live a pretty good life.”

The difference between Portsmouth and some other local governments that have employed goats is that the city bought the animals outright while other organizations have hired goatscaping specialists to rent out herds.

“When I started this business, it was hard for people to understand why I would charge what I was charging,” Mary Bowen, owner of Browsing Green Goats, told The Virginia-Pilot. “Many people say, ‘Oh, I’ll just get my own goats and do it myself.’ And they don’t want to look at what it takes to actually bring goats to a job.”

While the city tried to save money by cutting back on man hours and not having to purchase specialty equipment, it ended up having to buy a $135,000 specialty mower to handle the job.

Jace Goodling, owner of Goat Busters, gave the Portsmouth officials a job quote for goatscaping, but they considered it too expensive.

“Goats are not like lawn mowers you can turn on and then turn back off,” Goodling told The Virginia-Pilot. “They’re not machines.” 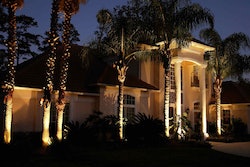 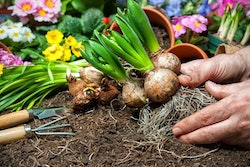 What you need to know about planting bulbs in August 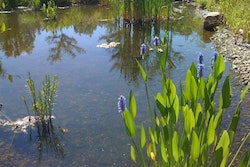 USDA Hardiness Zones: More of a guideline than a rule